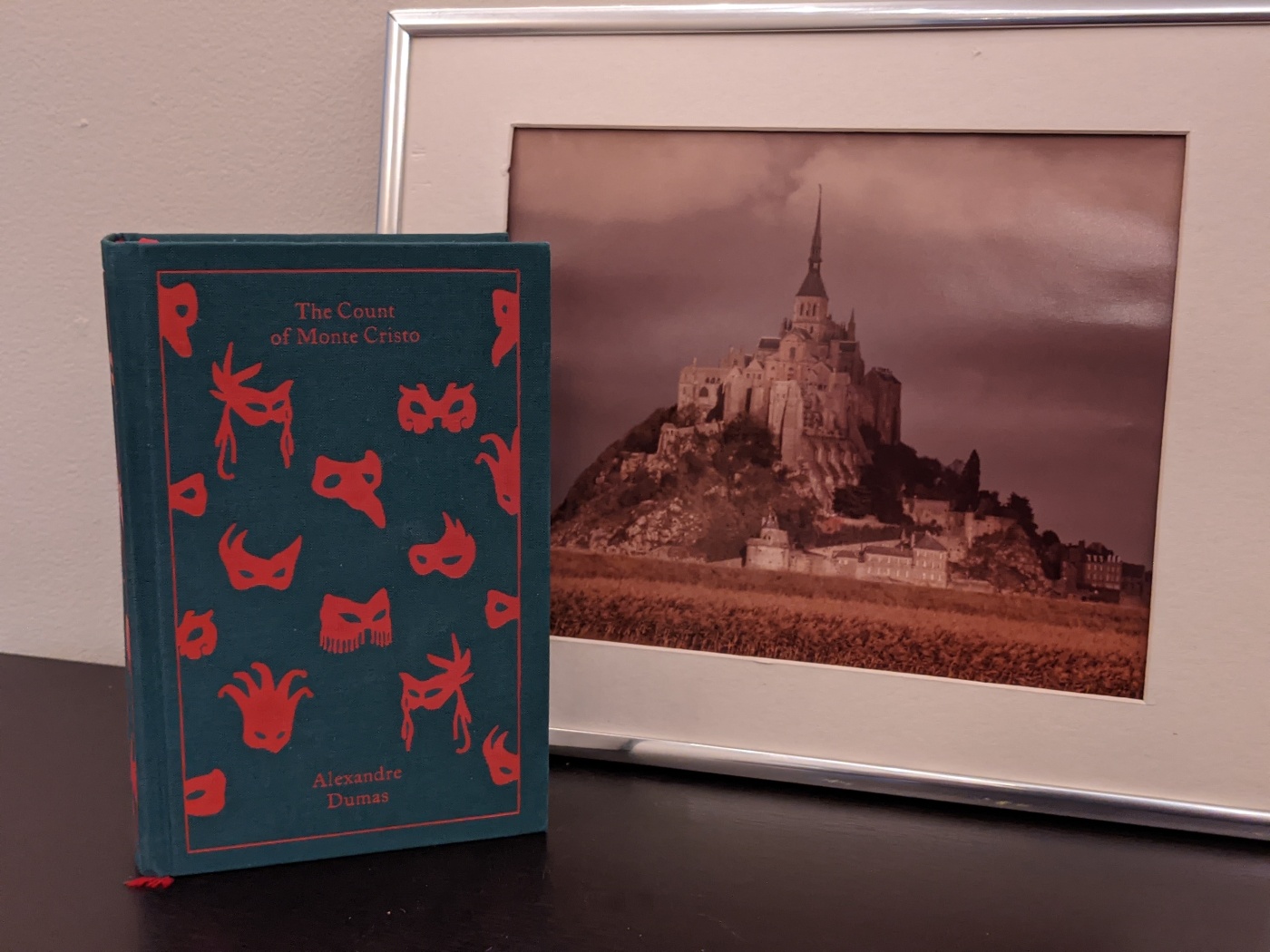 “How did I escape? With difficulty. How did I plan this moment? With pleasure.”
~ Alexandre Dumas, The Count of Monte Cristo

The Count of Monte Cristo by Alexandre Dumas
1,243 pages
Published by Penguin, 1844
Genre: Fiction
Rating: 4.5 out of 5 stars
Re-readability: This is my third read, and I’m sure I’ll revisit it someday!

This is one of my dad’s favorite books, and I read it at his recommendation for the first time while I was in college. He’d given me the abridged version, which is the edition that is most famous in the English language. I was absolutely entranced, and a few years later, Indi and I set out to read the massive unabridged version.

Originally published serially in French, The Count of Monte Cristo was greatly abridged and censored for the English version. While I like the shorter version, it misses out on a lot of the juicy drama and complex subplots of the original.

On the surface, Count is a revenge tale following the young French sailor Edmond Dantes, who is about to marry his beloved, Mercedes, and attain the rank of captain. Several of his enemies, who envy his love, wealth, and status, falsely accuse him of conspiring with Bonapartists and have him sent to an infamous prison to rot. From the depths of grief and misery, Edmond escapes with the worldly knowledge given to him by a fellow prisoner, as well as plans to secure a hidden treasure. He emerges from his incredible escape as the wealthy and mysterious Count of Monte Cristo, ready to exact his revenge.

On this re-read, I decided to listen to the audiobook read by David Clarke via the free app Librivox. Like many people, I’ve been doing a lot of walking during COVID, though it still took me about five months to finish this monster of a book. I was surprised to find the various subplots a bit harder to keep track of, but I always have a bit of trouble focusing when listening to audiobooks.

There are so many plots and layers to this novel, though it is very classic in its adventure and intrigue. The Count’s four enemies are surprisingly complex, and his plots of revenge are fueled by the wickedness and greed of their characters. In addition to the Count’s targets, there is a younger generation of ambitious individuals trying to make their own way while burdened or endowed by their parent’s pasts. A good editor could probably create several novellas out of the stories of Maximillian, Haydee, Albert, Eugenie, and Valentine. To get a (spoiler-riddled) idea of the number of relationships and adventures, this image from Wikipedia is helpful.
Though the first 200 and last 100 pages are far more exciting than the rest, I highly encourage anyone looking for an intrigue-filled historical epic to take on this book. Don’t be afraid to rely on guides and summaries—I read many Sparknotes summaries on my third readthrough. And for a good, silly time, watch the comically inaccurate movie from 2002.

4 thoughts on “Review: The Count of Monte Cristo”