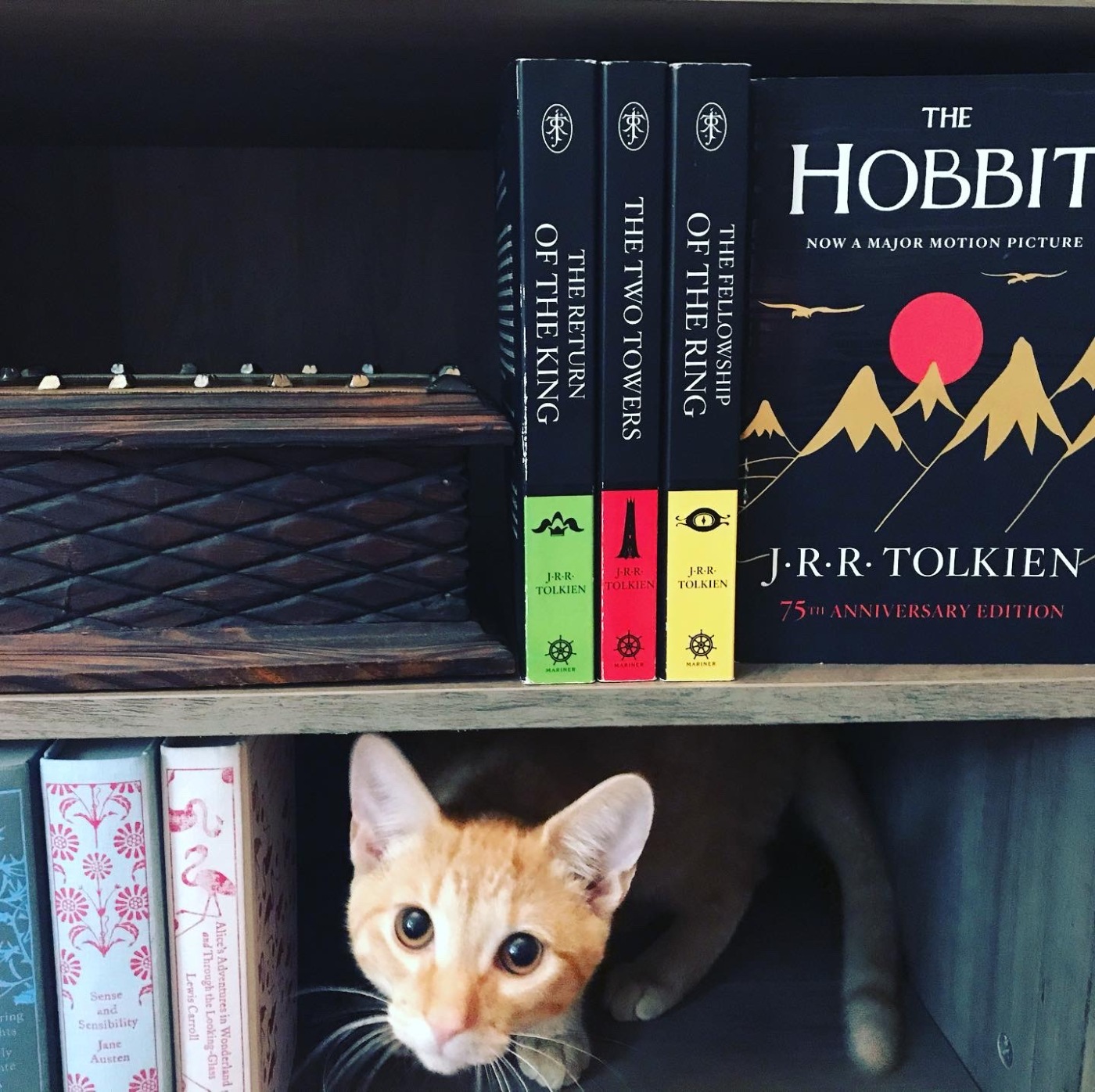 This is a hilariously fitting topic for us because we recently adopted two kittens and named them after two of our favorite Lord of the Rings characters. Has anyone else named their pets after their literary heroes?

Thanks to That Artsy Reader Girl for keeping the Top Ten Tuesday tradition going!

Sam (from The Lord of the Rings by J.R.R. Tolkien): After we first met our kittens, we decided on the drive home that they would be named Sam (pictured above) and Frodo. Their personalities fit perfectly, and it’s fun having a pair of kittens with such iconic literary names.

Hester (from The Hungry City Chronicles by Philip Reeve): This would have to be a pretty bitter and stubborn cat, possibly with some scars.

Howl (from Howl’s Moving Castle by Diana Wynne Jones): I can imagine a black longhaired cat with a flair for dramatics being named Howl.

Ignatius (from A Confederacy of Dunces by John Kennedy Toole):

This kitty would have to be large and self-absorbed, as well as prone to long, whiny meows.

Legolas (from The Lord of the Rings by J.R.R. Tolkien): I named my first cat after this LOTR elf when I was 10 years old. It fit him perfectly, with his white and grey mane and his piercing blue eyes.

Frodo: This is Sam’s brother and the two have such a strong bond. Frodo (pictured first) also has certain toys that we call “the ring” because he’s incredibly territorial about them and growls if anyone comes near them.

Gandalf: I have yet to name a cat after this character but I can perfectly picture a scruffy long-haired grey cat with this name.

Gimli: I’m thinking this would be a small ginger kitten who is loyal but fierce.

Aragorn: This one has less to do with looks and more about attitude; I’m thinking regal yet rugged.

Happy pub day to these two beauties! Already read a good bit of Rooney’s latest and am loving it. The Hawthorne Legacy is up next.
“I was was ten years old the first time I realized I was strange.” - Krystal Sutherland
Heading into August we’re reading a good mix of fiction, fantasy, and nonfiction.
“The briefest and slipperiest of the seasons, the one that won't be held to account - because summer won't be held at all, except in bits, fragments, moments, flashes of memory of so-called or imagined perfect summers, summers that never existed." ~ Ali Smith
It’s been a minute. Or 20.
Finally got my hands on a copy of this one! I really enjoyed Jenny Lee’s Anna K, which I read shortly after the pandemic started. It was the perfect escape from everything going on at the time and I have a feeling this sequel will do the trick too.
Top Ten Tuesday: Books with Nature on the Cover.
I was a bit conflicted about this one.