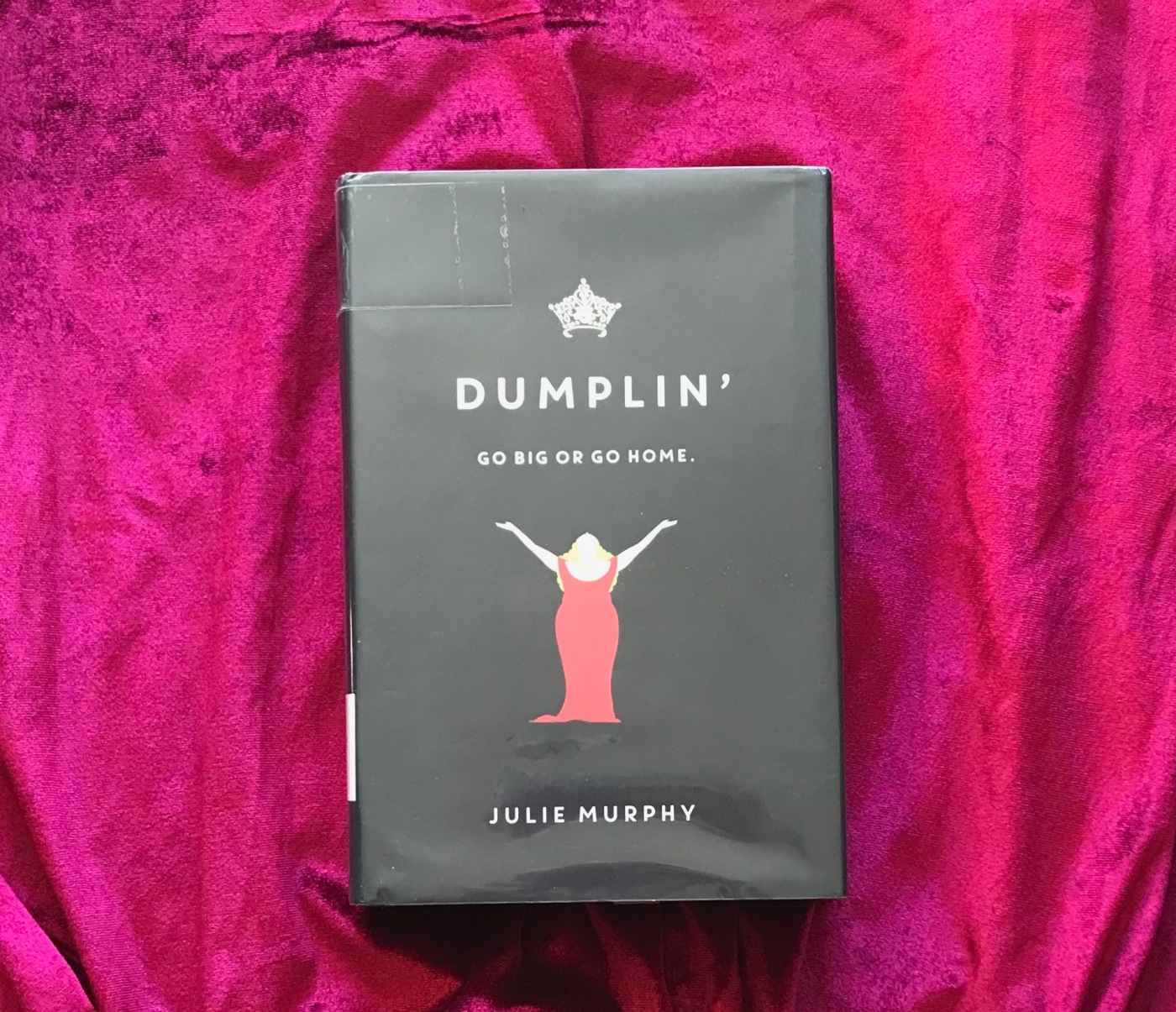 “I don’t know. I think you gotta be who you want to be until you feel like you are whoever it is you’re trying to become. Sometimes half of doing something is pretending that you can,” Julie Murphy

Dumplin’ follows the tale of self-declared “fat girl” Willowdean, a teenager living in a town that seems centered around two things: football and the Miss Teen Blue Bonnet beauty contest.

Her mother won the contest when she was in high school and leads the charge every year, deciding and cultivating the following winners.

Willowdean has never been interested in entered, nor has her mother ever hinted that she wanted Willowdean to enter. But things start to change when she and her best friend, thin and pretty Ellen, start to drift apart. At the same time, Willowdean’s crush, who happens to be a jock attending private school, falls for her.

It should be perfect – it should be the best thing that’s ever happened to her. Instead, it wears her confidence away, which she’s relied on to get through life. It’s such a big part of her identity that it’s usually the first thing that people notice and it’s how she’s been able to get through school without too many people making fun of her, unlike Millie or Amanda or Hannah. The trio is constantly being taunted for their overweight figures or their teeth. Suddenly, Willowdean starts to identify with them and their struggles.

Her waning confidence, a bit of heartbreak, and the fact that her mother doesn’t think she can/should enter, propel her to enter the Miss Teen Blue Bonnet beauty contest. Oh, and she inspires Millie, Amanda, and Hannah to enter too.

Despite the book’s pacing issues, which significantly slowed down the plot, I enjoyed Dumplin’.

Willowdean is a great character because she’s just as vulnerable as she is confident and it’s great to read a book, especially in the Young Adult genre, where the protagonist had a larger figure and isn’t set on losing a ton of weight. Her character is incredibly easy to identify with, touching upon some of the insecurities that nearly everyone feels when starting a physical relationship with someone.

Including figures like Millie be on the periphery of the storyline also helped to make the book feel more relatable and grounded. At the start of the book, Willowdean just feels bad for Millie, who is the type to wear shirts with kittens playing with yarn. You know the ones. She resists identifying Millie with because she isn’t as “fat” as her. Yet, Willowdean finds ways to defend Millie throughout the book; from bullies, from her parents, from others in the beauty contest, and it makes an incredible difference in both of their stories.

Dumplin’ is a fun read with a timely storyline. The movie adaptation is set to be released on Netflix on December 7th. I’m interested to see how it plays out!