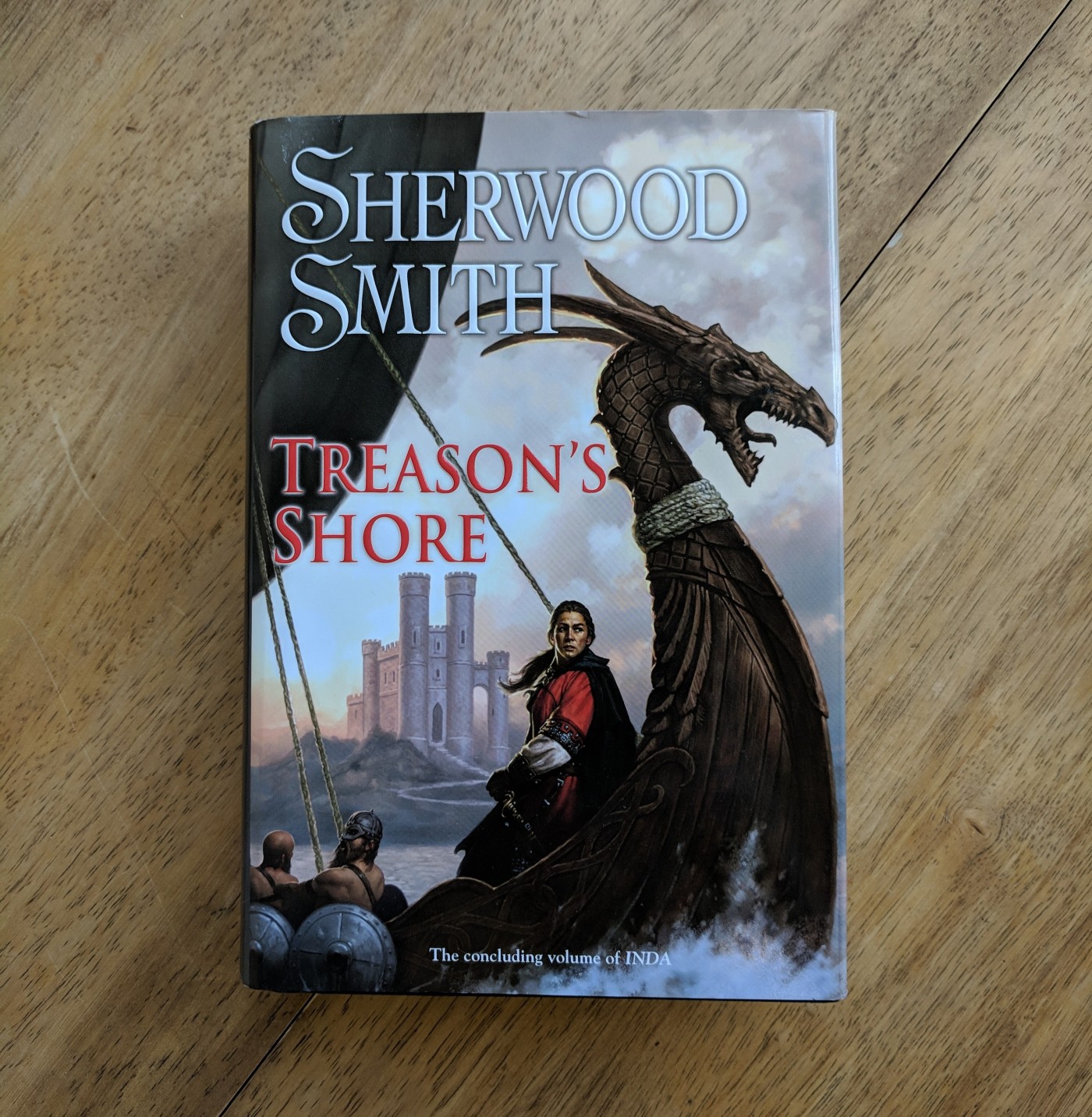 “I am old, but the word to me means familiar, comfortable. Accustomed after long and venerable use. Not dilapidated and useless.” ~ Sherwood Smith, Treason’s Shore

Treason’s Shore by Sherwood Smith
682 pages
Published by DAW Books, 2007
Genre: Fantasy
Re-readability: I won’t be rereading this one again—though I may revisit the first books in the series.
Rating: 2 out of 5 stars

Reviews for the previous books can be found here: Inda, The Fox, King’s Shield

The final book in Sherwood Smith’s Inda quartet adds little to a floundering plot. At the end of the previous book, I was left wondering what there was to be resolved. There were still questions, of course, but few lingering conflicts that engaged me.

Smith dredges up old conflicts and rehashes them in a new and less interesting way than in the last book. This primarily character-driven series becomes more plotty and political, leaving my favorite characters backstage. There were few revelations of personal secrets, and few relationships tested to their limits. Instead, we get lots and lots of ambassadors and parleys. Little changes from chapter to chapter, and I had a difficult time keeping track of various nobles, captains, and harbormasters—and a more difficult time caring about any of them.

There were no moments when I wondered how the heroic characters would wriggle out of their current predicament. Though Inda was often worried about his odds, I never was. The only moment of intensity came from chapters following a few characters from the Venn empire—the empire that opposes Inda and his people. But these Venn characters were explored too late, and after they overcame their challenges, they were neatly set aside and forgotten about.

Much like the previous book, this one felt like a departure from the classic characters that made Inda and The Fox so emotional and intense. I had thought at one point that I could read about Inda, Evred, Tor, and Jeje no matter what they were doing. But mellow diplomacy with unclear stakes was apparently too much for me to bear.

I still love the first two books and would recommend them—but with a caveat. Stop after you finish The Fox and imagine the spectacular conclusion to this series.