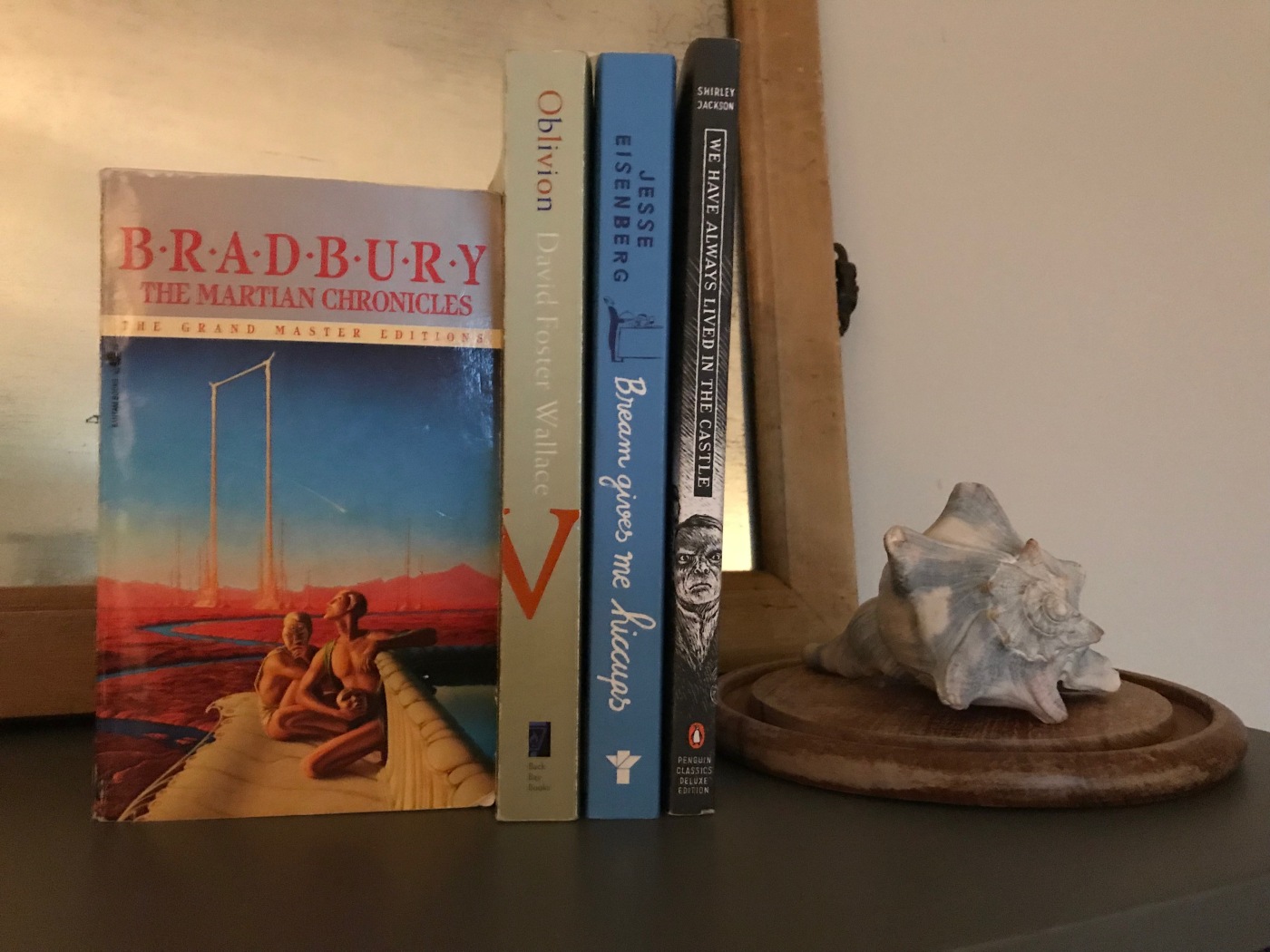 Top Ten Tuesday: Favorite Novellas/Short Stories
This one was a bit tougher to come up with than some of the others. But it was a fun challenge nonetheless.

Thanks to That Artsy Reader Girl for another great Top Ten Tuesday idea!

“Lost in the Fun House” by John Barthes

The Martian Chronicles By Ray Bradbury

We Have Always Lived in the Castle by Shirley Jackson
It’s an eerie story, not to be read alone.

“Good Old Neon” by David Foster Wallace
At its core, it’s the story of a former classmate of Wallace’s who died in a car accident that Wallace is a bit obsessed with it. But it’s also about how much of our lives we spend thinking about our actions in the ways that they’re being perceived by the outside world instead of just experiencing the present moment.

“The Whiskey Blue Bar at the W Hotel,” by Jesse Eisenberg
This one is incredibly sad. But also hilarious. A recently divorced mom makes her young son go on a date to a bar with this guy she just met. The son’s observations about the world are just priceless (for the rest of the collection check out Bream Gives Me Hiccups”).

“The Nature of the Fun,” by David Foster Wallace
It tackles the extremely difficult task of writing fiction, and depicts the work as a deformed infant following its writer around endlessly. The writer feels love for the infant because it has created it, but the writer knows that it has created an imperfect thing (thus the deformities and the despair).