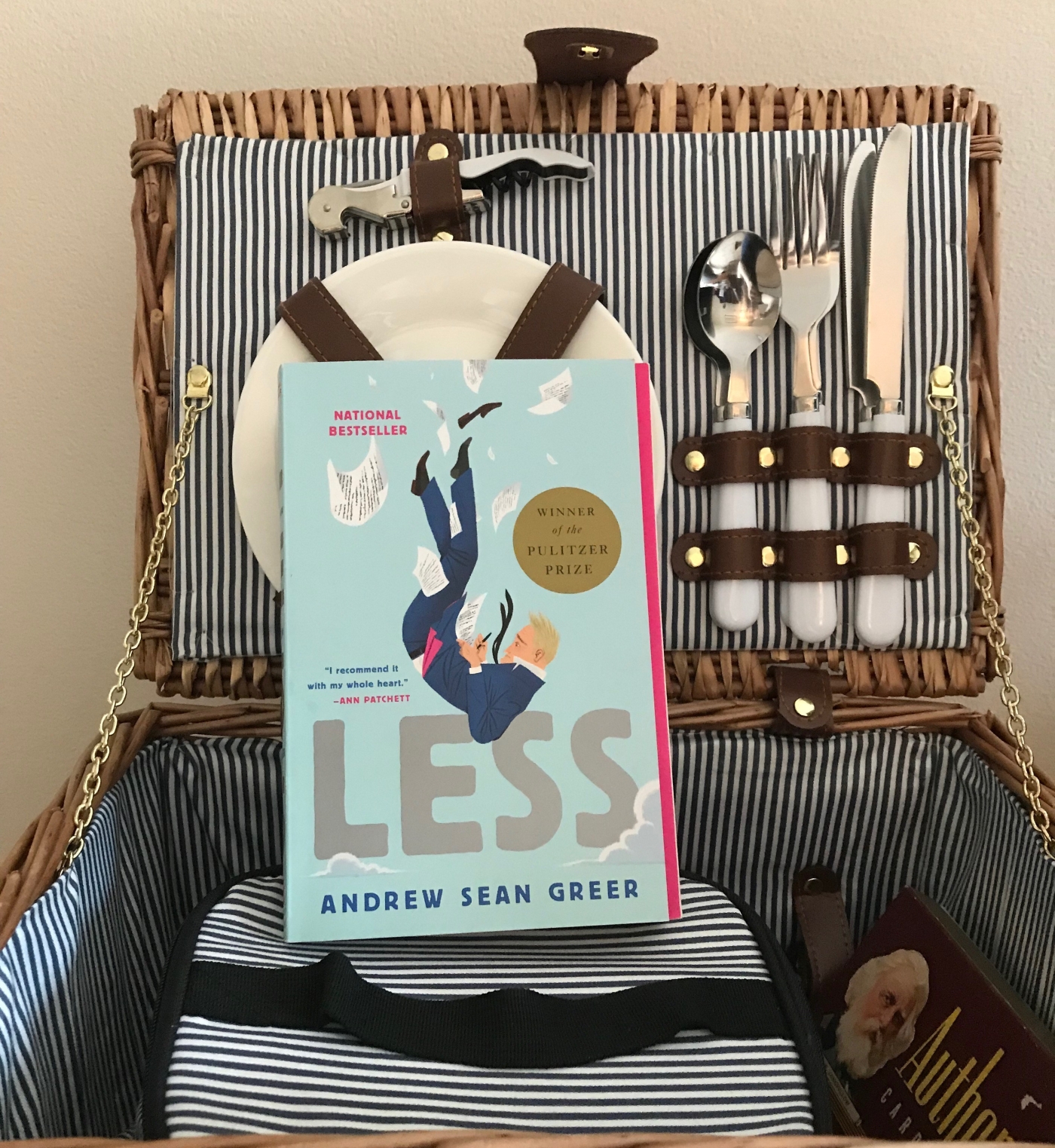 “‘Strange to be almost fifty, no? I feel like I just understood how to be young.’ ‘Yes! It’s like the last day in a foreign country. You finally figure out where to get coffee, and drinks, and a good steak. And then you have to leave. And you won’t ever be back.'” ~ Andrew Sean Greer, Less

This is going to sound strange but I usually don’t like Pulitzer Prize winning books.

I know, I know, those books are supposed to be the cream of the crop. But I usually read them out of obligation, listlessly trying to find what was so important about them.

Less won the Pulitzer, hence the reason I didn’t pick it up until well over a year after it was published.

I was beyond surprised by Greer’s work and by the mere fact that it won the big-wig prize. It is a deeply sad, yet comical work that doesn’t take itself too seriously in any capacity. Arthur Less, the main character in many ways—and for whom the book is named after—is a not quite completely failed novelist, about to turn 50 and has been invited to the wedding of a long-time ex-lover.

So he does what any middle aged adult would do in his situation: he runs.

Well, it’s more calculated than that. He plans to travel across the world, speaking at literary conferences, possibly accepting some word of literature award, teaching a college course, etc. He jets off to Mexico, where everything seems to go wrong, or at least not quite right, and he doesn’t speak the language. Then he’s off to Italy and on and on.

Less is a wonderful character to go on a journey like this with. He’s sometimes a bit of a clueless “American abroad,” like when he goes to teach a college course in Germany and doesn’t speak the language very well: “Bold instead of perfect, Less’s tongue is bruised with errors.” Yet, there’s an earnestness, a whimsical curiosity at the things that are happening to him that makes him endearing and fun to follow on his hopeless journey. A poet once told Less, “You’re like a person without skin,” indeed, it seemed like Less had no edges, no toughness, which made him all the better to follow along on the journey.

There are plenty of hijinx, where Less is late for important events, attempts to board the wrong flight (multiple times), a sand storm that disrupts all plans, etc. But there are also serious discussions on love and how long it truly lasts and how long it should last and whether or not there is such a thing as “forever” when it comes to being with another person.

I could be out of line by saying this, but I felt refreshed by this book because it treated gay relationships in the same way as any other. There wasn’t any sort of big reveal that Less is gay; it was said matter of factly at the start. I also liked the fact that Greer didn’t try to make it seen avant garde, but completely normal. There was no “edginess” to it.

It also seemed like Greer didn’t feel the need to have an avant garde storyline. He was just shooting for a great story, with a few clever perspective twists and turns here and there and it is every bit that and perhaps a bit more.

I laughed, I smiled, and I told everyone to read this book. Like I’m telling you, dear reader. Ignore the big prize sticker and read Less.

One thought on “Review: Less”