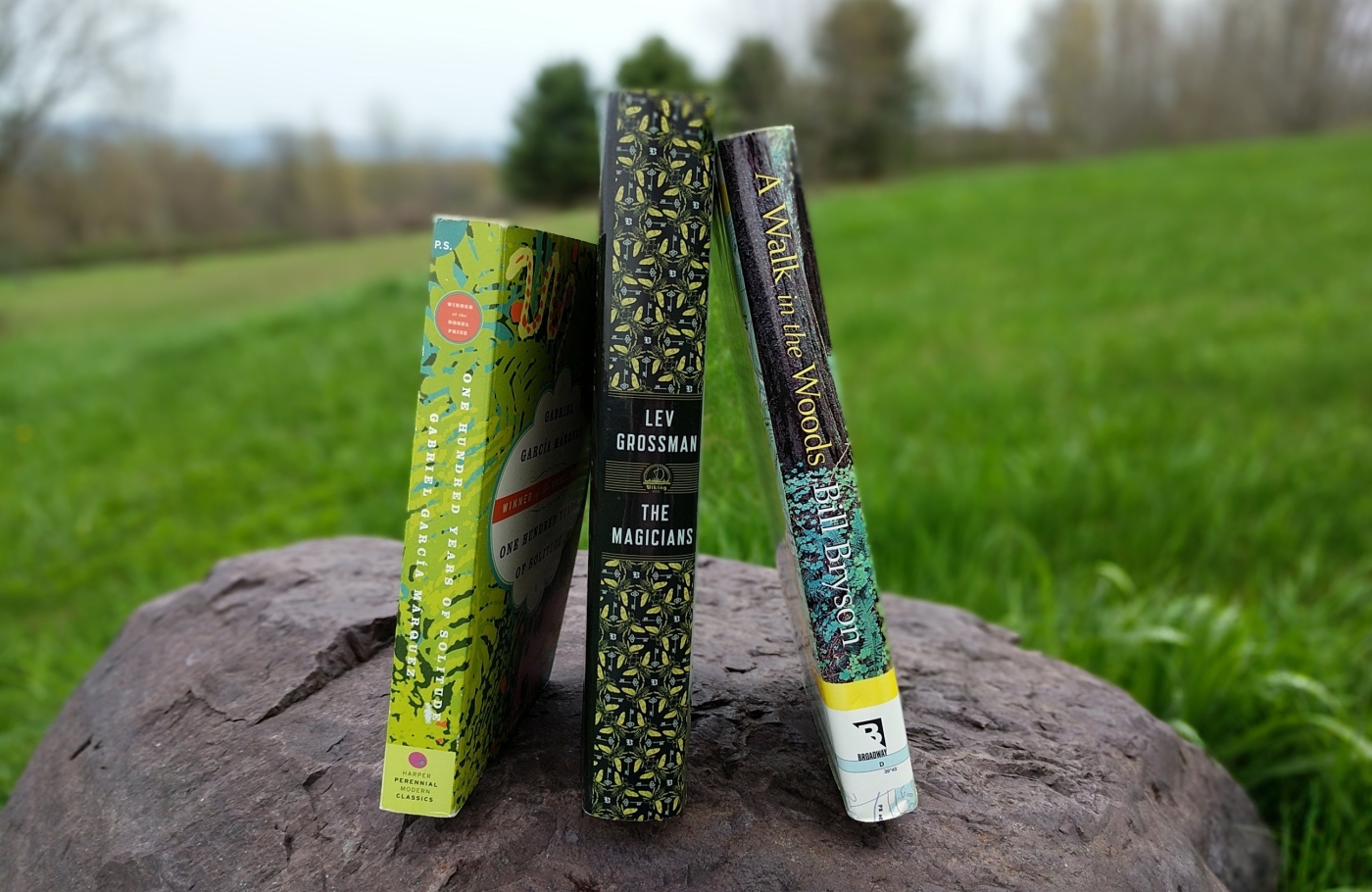 Top Ten Tuesday: Books with My Favorite Color on the Cover

No matter how much the cliche “never judge a book by its cover” is drilled into people’s heads, I doubt it will ever stop people from being more attracted to one book or another solely based on its cover art. It would be an interesting thing to analyze: what color cover do people tend to buy more of?

Regardless, we had fun with this one. Thank you for another Top Ten Tuesday That Artsy Reader Girl! 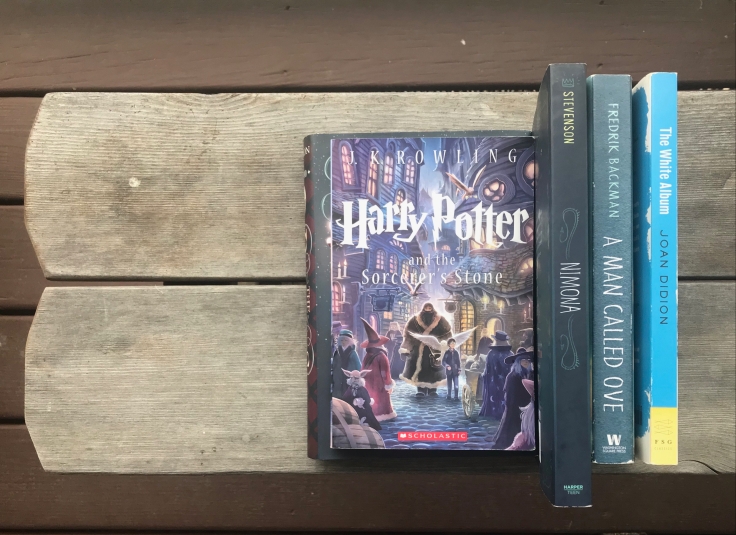 Blue tends to me my favorite color (though sometime it’s yellow) and I realized that I have a surprising number of blue books:

Harry Potter and the Sorcerer’s Stone by J.K. Rowling

All the new paperback editions (at least in the U.S.) have at least a blue spine, but this one just gives a lovely blue-hued rendition of Diagon Alley.

The White Album by Joan Didion

I know, I know. It sounds like this one should be all white. But the spine and a portion of the cover are actually a beautiful blue.

The spine and cover have got this nice blue-green color scheme going on, it’s almost as sweet as the book itself.

The Doldrums and the Helmsley Curse by Nicholas Gannon

Interlaced with a bright white and gold and a splash of red, the cover has a cool blue-grey background that would remind me of winter, even if there weren’t snow in the background as well.

I love earth tones, especially greens. Though I couldn’t find the rich forest-green on too many covers, I did find some good ones:

The Magicians by Lev Grossman

This was my first “adult fantasy” experience back in college. I was immediately charmed by the magical introduction and the book’s dark undertones (and overtones). The series came to be one of my favorites—and green really matches the book’s feeling and theme. I always pictured the Brakebills campus as being very lush.

A Walk in the Woods by Bill Bryson

It’s been a very long time since I read this one (I was probably about sixteen), but it’s always stuck with me. Not only is the cover literally forest green, it’s also an incredibly green story, as the entirety of the book takes place on the appalachian trail.

Myst: The Book of Ti’Ana by Rand Miller with David Wingrove

This is one of the very few books based on video games that I’ve read—and I loved it. It’s a very Earthy book, as it takes place in an underground civilization with magic that allows people to create new worlds.

The Heir of Novron by Michael Sullivan (review here)

The last Riyria Revelations volume is by far my favorite, and the cover (though not my favorite) has a great teal hue.

One Hundred Years of Solitude by Gabriel García Márquez

One of my all-time favorite books also has a lovely green cover that captures the colors of Central America, where the little place called Macondo is located.