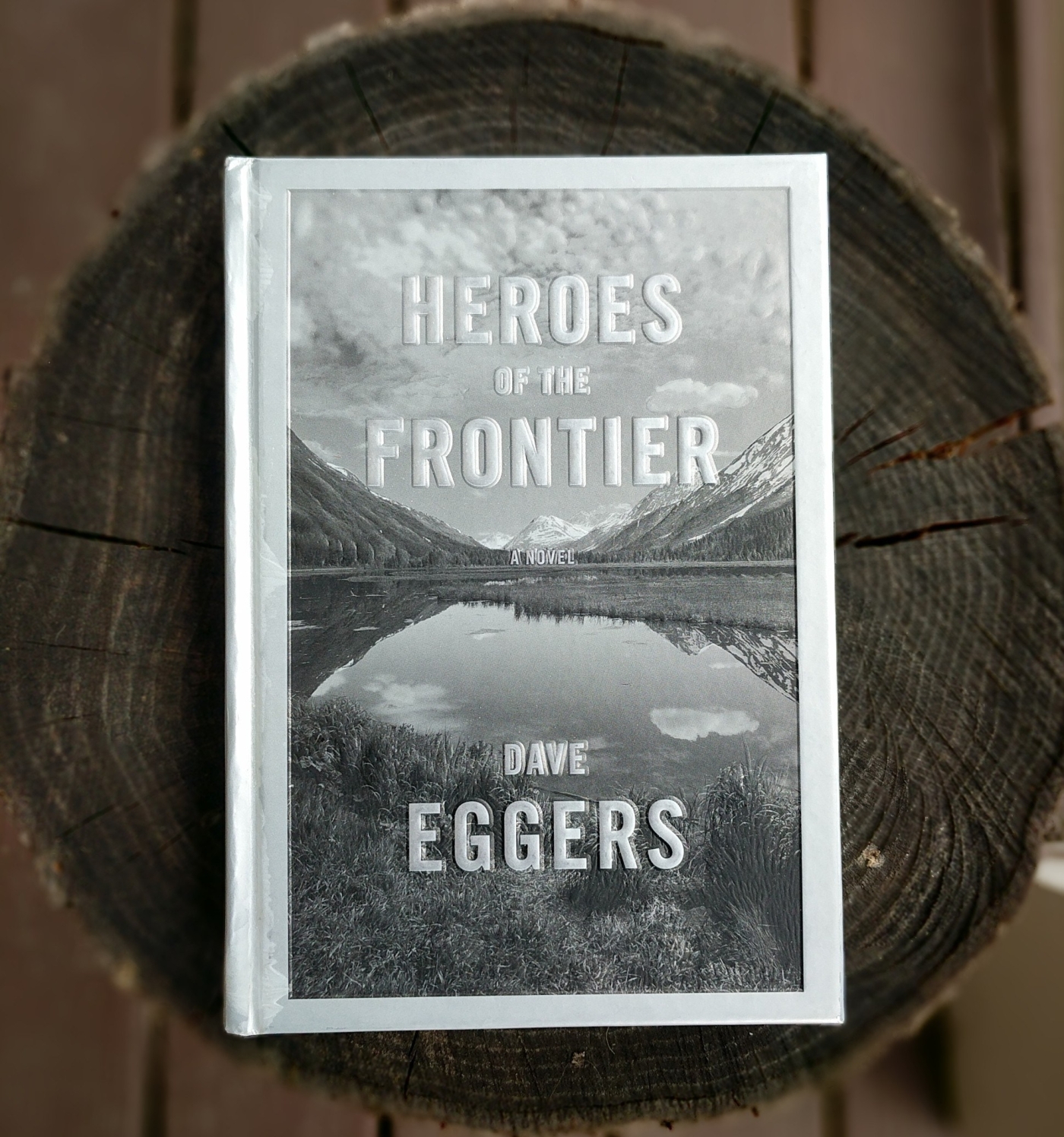 “This was the common criminal pursuit of all contemporary humankind. Give my child an Ikea desk and twelve hours a day of sedentary typing. This will mean success for me, them, our family, our lineage.” ~ Dave Eggers, Heroes of the Frontier

Heroes of the Frontier by Dave Eggers
385 pages
Published by Knopf, 2016
Genre: Fiction
Re-readability: While not extremely deep, this book is one I might escape to again someday.
Rating: 4.5 out of 5 stars

I’ve read enough Dave Eggers books by now that I can’t help comparing them and ranking them against each other, even as I’m reading. But I have to say, this one stands above the rest.

Heroes of the Frontier follows Josie, a former dentist and mother of two, who has left her life in Ohio to explore the Alaskan wilderness. Along with her failing dentistry business, she also left behind Carl, her apathetic and useless husband. Josie doesn’t have a plan for Alaska except to visit her sister—the rest she makes up along the way.

This is the sort of book you read for the ride. The plot is there just to give the characters something to do, and this isn’t a criticism by any means. It’s a story of a journey, and Josie and her kids meet a handful of people, some dangerous, most benevolent.

Eggers does an outstanding job of creating convincing characters in Ana and Paul, Josie’s children. Paul is older (at eight years old) and has a spooky, ancient wisdom to him. At times, Paul acts almost as an antagonist to Josie’s attempts to be a parent and generally maintain an air of “I know what I’m doing.”

But Josie really doesn’t know what she’s doing at all. She’s off-the-rails irresponsible, often drinking more than she should and  sometimes sleeping with strangers when she should be watching her kids. She performs a handful of illegal acts (usually squatting or breaking and entering) and somehow always manages to scrape some food and shelter together.

But I was rooting for her the whole time, even when she was making mistakes. It’s a fun story, and you really feel like you’re in an ancient RV filled with questionable smells avoiding state troopers who might recognize Josie as the missing mother from Ohio (who isn’t even sure anyone’s looking for her).

At times, Josie’s antics are stressful to read about. I kept expecting her luck to run out—and sometimes, it does. Josie, Ana, and Paul are some of Eggers’ most realistic and entertaining characters thrown into situations that force them to do irrational things (like offer under-the-table dental services in exchange for songwriting).

Heroes of the Frontier is a terrifying carnival machine that’s gone off the rails and is electrocuting its riders. Josie’s schemes aren’t even held together with duct tape—just desperation and a lot of luck.

Eggers isn’t always light, but this book was a wonderful adventure that will make you forget your stress and join a wild family in their trek across Alaskan highways.

2 thoughts on “Review: Heroes of the Frontier”