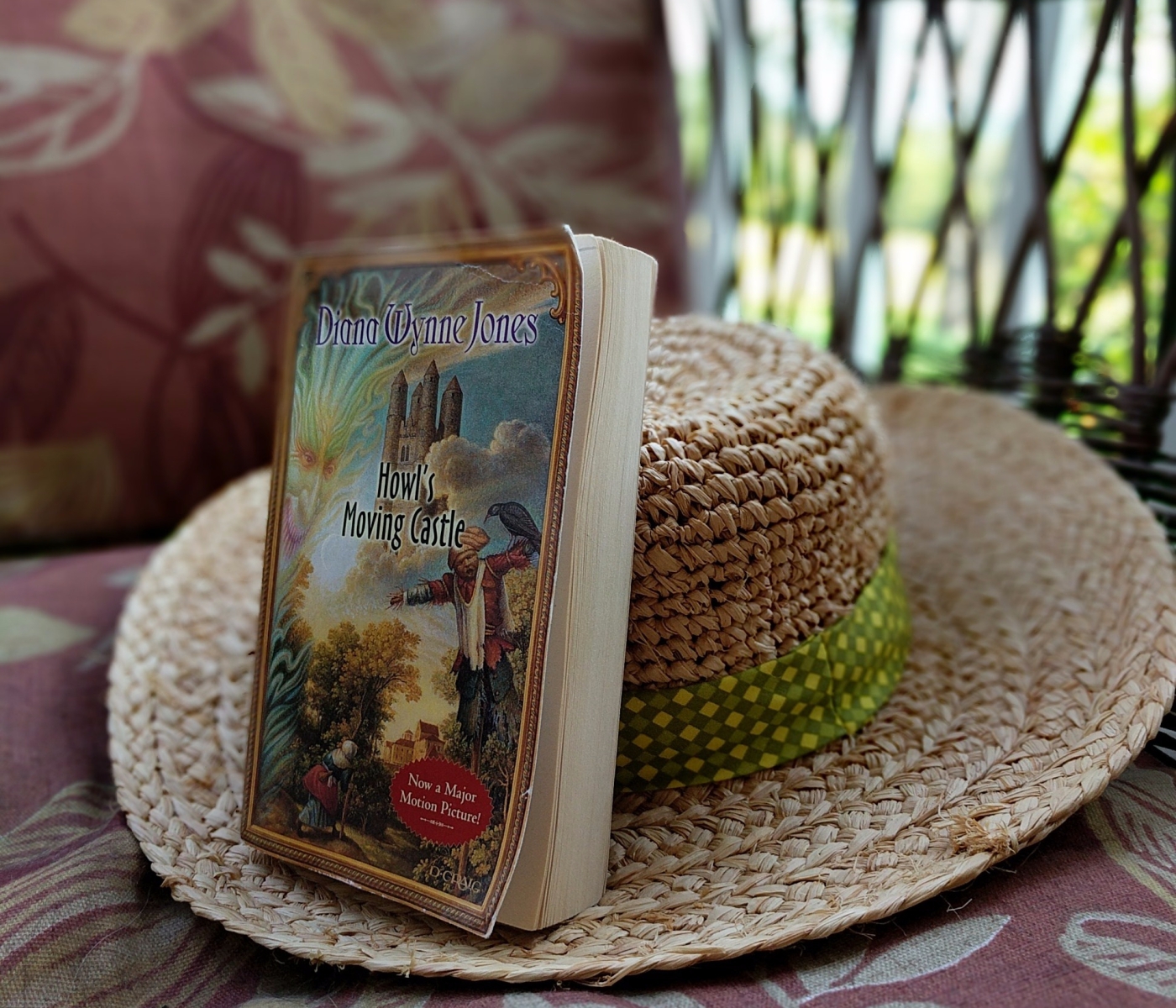 Howl’s Moving Castle by Diana Wynne Jones
329 pages
HarperCollins, 1986
Genre: Fantasy, fiction
Re-readability: Some of the reveals at the end might make a reread fun
Rating: 3 out of 5 stars

You can’t talk about Howl’s Moving Castle without making a comparison to the incredible animated film by Hayao Miyazaki. The book manages to weave images more powerful than the film and characters more detailed and intriguing, but it ultimately just isn’t sure what to do with its many parts.

Howl’s Moving Castle follows the story of a young woman named Sophie Hatter who, after being cursed with old age by the Witch of the Waste, stumbles into the castle of the mysterious, gallivanting Wizard Howl. The castle moves (with legs, wheels, who knows?) with the help of a fire demon named Calcifer, and it has doors that open to many parts of the world, allowing Howl and his apprentice, Michael, to sell magical spells and wares.

The writing is as magical as the setting, and Sophie is an immediately likeable character who has a way of seeing others with extreme clarity. However, by about halfway through the book it becomes clear that she is not the main character of this book—Howl is.

Howl is a young wizard, and he is not wise or sagely. He spends his time wooing women from all over, and he promptly loses interest in him as soon as they fall in love. He’s a scoundrel, but he’s charming and entertaining, and Sophie is able to see his good side.

The first half of the book is filled with so much magic and so many wonderful scenes (like Sophie and Michael chasing a falling star using enchanted boots that carry the wearer seven leagues with each step), but the magic seems to run out somewhere. Howl’s inevitable confrontation with the Witch of the Waste feels flat and meaningless, and Sophie becomes entirely passive, her only involvement in the story being the occasional snarky remark.

There is a large section in the last half of the book where it feels like nothing is happening and nothing is changing. Everyone is just puttering around the castle, waiting for Howl to come back, and the characters do you the favor of pointing out that nothing is really happening. It’s strange that this eighty-page section is included at all.

The ending made me feel like I missed the part where Sophie grew or changed or learned something. So if I have this story wrong, if I really did miss something, please let me know in the comments.

I was ready to declare the book better than the movie after the first fifty pages. I was immediately enchanted by this cozy adventure tale. But the book loses momentum quickly and fails to come to a believable resolution, and its ending is tainted with a few plot twists that didn’t feel at all relevant to Sophie or Howl. I have to say the Miyazaki film took a great concept and great characters fixed their stagnant nature.

Howl’s Moving Castle is still worth reading and has its strengths, but it lacks the journey and the destination required to make a great story.