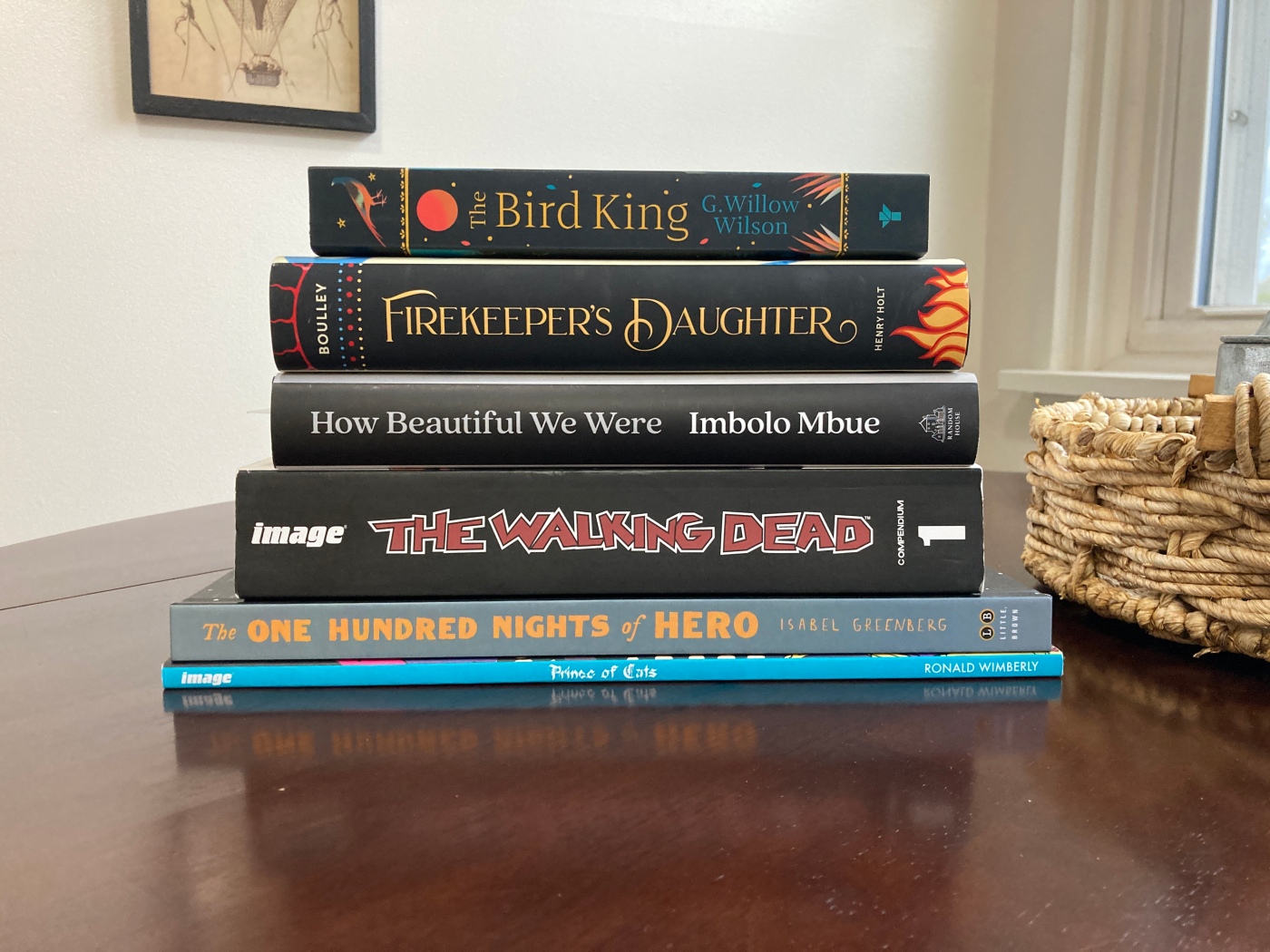 The crummy weather of April made for a pretty productive month of reading for us both. In May, we’re getting ready for some big summer reads by tackling books that have been on our TBRs for far too long. What are you reading this month?

The Dragon Republic by R.F. Kuang

The Cruel Prince by Holly Black

Who Could That Be at This Hour? By Daniel Handler

The Old Man and the Sea by Ernest Hemingway

How Beautiful We Were by Imbolo Mbue

Why Fish Don’t Exist: A Story of Loss, Love, and the Hidden Order of Life by Lulu Miller

The Song of Achilles by Madeline Miller

The Woman Who Smashed Codes by Jason Fagone

The Rage of Dragons by Evan Winter

The Moon and Sixpence by W. Somerset Maugham

The Galaxy, and the Ground Within by Becky Chambers

Prince of Cats by Ronald Wimberly

The Woman Who Smashed Codes by Jason Fagone