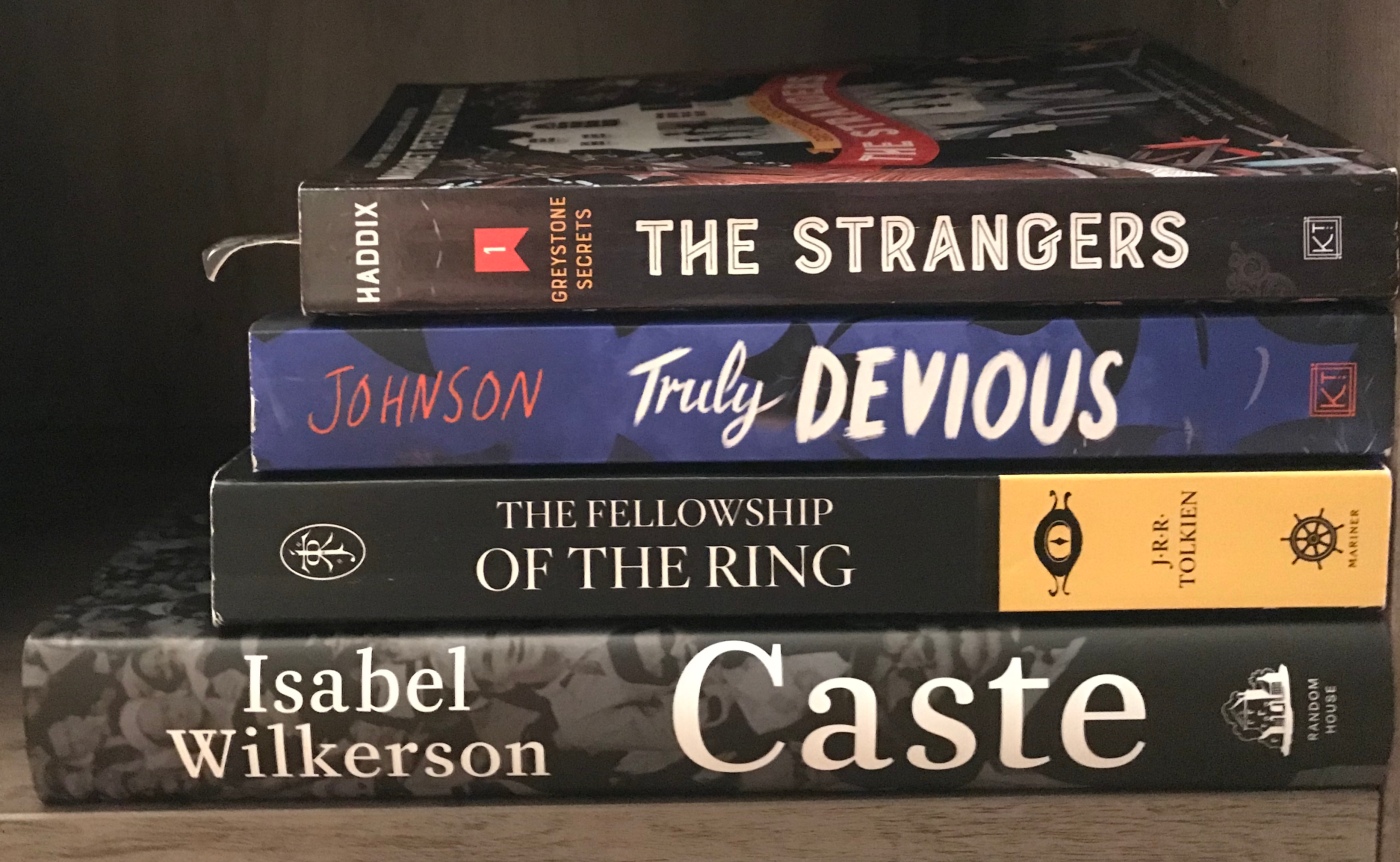 This month was a good one for both of us. It was the first time in a while that we actually finished a decent number of books (though not necessarily the ones we’d originally planned to read, of course).

What’s everyone else reading this month?

I finally caught up and got my TBR under control! It took a few months to do it but I actually finished the books I’d planned to read.

Girl, Woman, Other by Bernardine Evaristo
Homegoing by Yaa Gyasi
Clap When You Land by Elizabeth Acevedo
The Story of More: How We Got to Climate and Where to Go from Here by Hope Jahren
Fathoms: The World in the Whale by Rebecca Giggs
Drowned Country by Emily Tesh
Anxious People by Fredrik Backman

Indiana’s October TBR
The Fellowship of the Ring by J.R.R. Tolkien
Greystone Secrets: The Strangers by Margaret Peterson Haddix
Truly Devious by Maureen Johnson
Gideon the Ninth by Tamsyn Muir
Caste by Isabel Wilkerson (I have a feeling this one might take me a bit longer than a month but we’ll see)

This was my first solid month of reading in far too long, and it felt great.
The Story of More: How We Got to Climate and Where to Go from Here by Hope Jahren
This One Summer by Mariko Tamaki and Jillian Tamaki
Crooked Kingdom by Leigh Bardugo
Starsight by Brandon Sanderson

The Shame
Do You Dream of Terra Two? By Temi Oh
So You Want to Talk About Race by Ijeoma Oluo
The Secret Chord by Geraldine Brooks

Pete’s October TBR
I’m going to keep this month light—I have a lot of work to do, and I’m still hoping to finish The Count of Monte Cristo before Rhythm of War comes out.
Gideon the Ninth by Tamsyn Muir