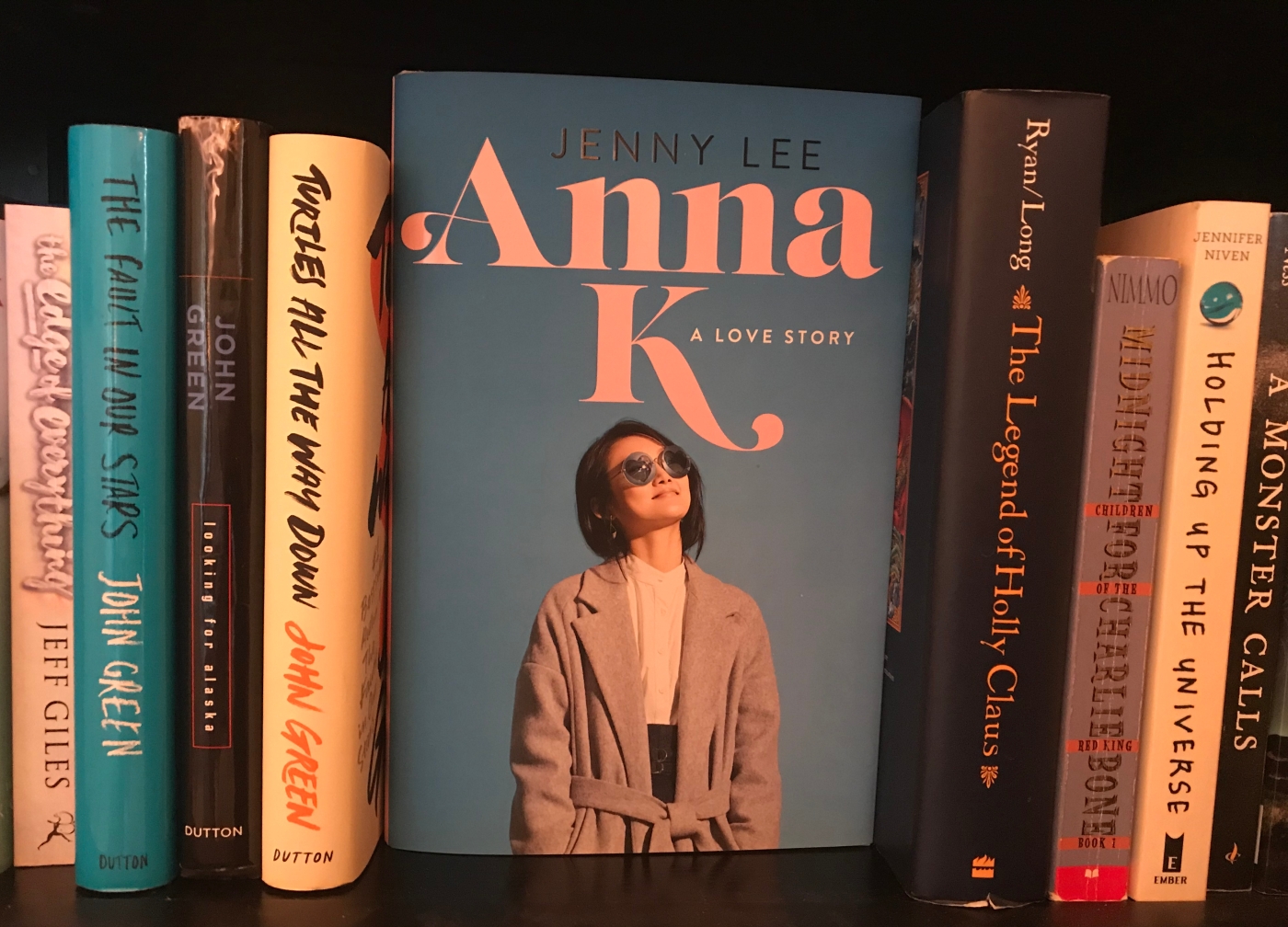 Anna K: A Love Story by Jenny Lee
374 pages
Published by: Flatiron Books, 2020
Genre: Young adult
Re-readability: I’ll definitely come back to this one at some point.
Rating: 4 out of 5 starts
Reviewed by: Indiana
Spoiler-free review

This is going to sound ridiculous but I didn’t realize that this was a reimagining of Leo Tolstoy’s Anna Karenina when I picked it up. (I didn’t read the cover flap, okay?!)

That being said, I’m glad I didn’t know that going into it because I might not have read it.

Anna is the perfect upper-class daughter who exists in the highest echelon of New York and Greenwich society, with perfect grades and a perfect boyfriend. She comes from a Korean-American family where expectations run high, and though her brother Steven doesn’t often measure up in their parent’s eyes, Anna is faultless.

That all changes when she meets Alexia “Count” Vronsky, a notorious flirt and playboy, who immediately falls for her when she tries to rescue a homeless man’s dog at a train station.

Slowly, Anna starts falling for him too and her ideas of what it means to love someone start to change. Alexia discovers that, despite all of the relationships he’s been in, he’s never really been in love before he met Anna.

Things, of course, are complicated when her boyfriend gets into an accident and by the meddling of several other key characters who echo Tolstoy’s classic ones.

The book shares the fast-paced and semi-gossipy nature of Crazy Rich Asians. It moves back and forth between the perspectives of several characters and that not only helped to move the plot along quickly but gave the reader a better understanding of each key character’s perspective and their role in the story.

In Anna K, Lee takes the lens of modern young adult culture and places it over Tolstoy’s story. It doesn’t read as a play by play of the classic novel and she certainly doesn’t feel the need to tie the story together in all the same ways that Tolstoy did either. Anna K asks similar questions but gives very different answers.