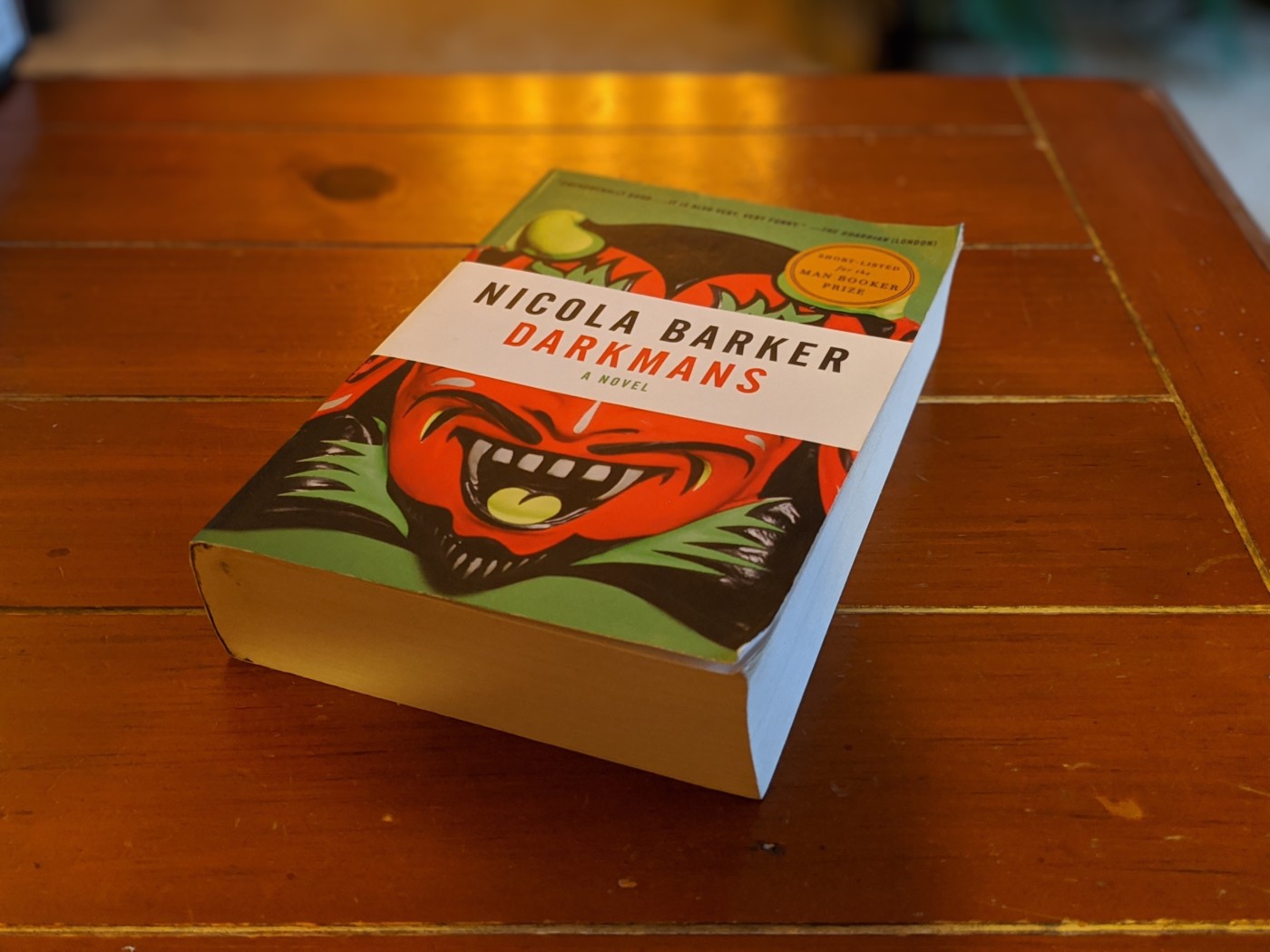 Tiles! A huge expanse of tiling. Beautiful tiling. Ancient tiling. He sneaked out a furtive hand and he touched the tiles. He caressed the tiles…

Then he found himself…

— pulling the tiles loose, one by one —
~ Nicola Barker, Darkmans

Darkmans by Nicola Barker
838 pages
Published by Ecco, 2007
Genre: Fiction, epic fiction
Rating: 3.5 out of 5 stars
Re-readability: I probably won’t revisit this one, though I imagine a re-read would help to piece together the complex plot.

I picked this one up in a Barnes & Noble when I was deep in a reading slump. I had the idea to look up some of the favorite authors of my favorite authors, and Ali Smith led me to Nicola Barker. I knew I could count on her for a weird recommendation, and while I wouldn’t recommend this book to many people, it did deliver.

Darkmans is one of those massive tomes that lures you in with its eccentric characters and seemingly mundane plots that is a facade for something much more complex. It follows several characters in modern day Ashford, UK, a town whose historic elements have been largely bulldozed in favor of chain stores and highways.

Kane is an illicit dealer of painkillers, and his father, Beede runs the laundry at a hospital and is fixated with preserving what remains of the town’s history. Elen is a chiropodist whose husband, Dory, has moments of amnesia during which he takes on strange persona. Kelly is Kane’s ex-girlfriend who is hospital-bound with a broken leg who has a bone to pick with nearly everyone. Gaffar is a young Kurdish man who befriends Kane and acts as a go-between for Kane and his clients and acquaintances.

Within this strange web of characters, nothing much happens. Pages and pages of slow conversation filled with unnecessary but interesting observations go by. Many scenes are about very little, and I found myself wondering what their purpose was, but I never stopped enjoying Barker’s writing.

Around the halfway point of the book, another layer becomes clear. When Dory is not himself, he is John Scogin, the jester of Edward IV, searching for the remnants of a very different England and retelling “his” memories. Beede and Kane also have moments in which their actions are driven by some external persona from the past, and Kelly seems to be somehow linked to an ancient monk and doctor. As I read, I tried to determine whether the cast of characters could be fit into a medieval court, but I never quite pieced things together.

While the ending left me with plenty of questions, I enjoyed every page of this strange epic. Barker’s keen observations make for surprisingly light and entertaining reading, even if the plot was hard to grasp (or barely there at all). It was a strange ride that won’t be easy to forget any time soon.