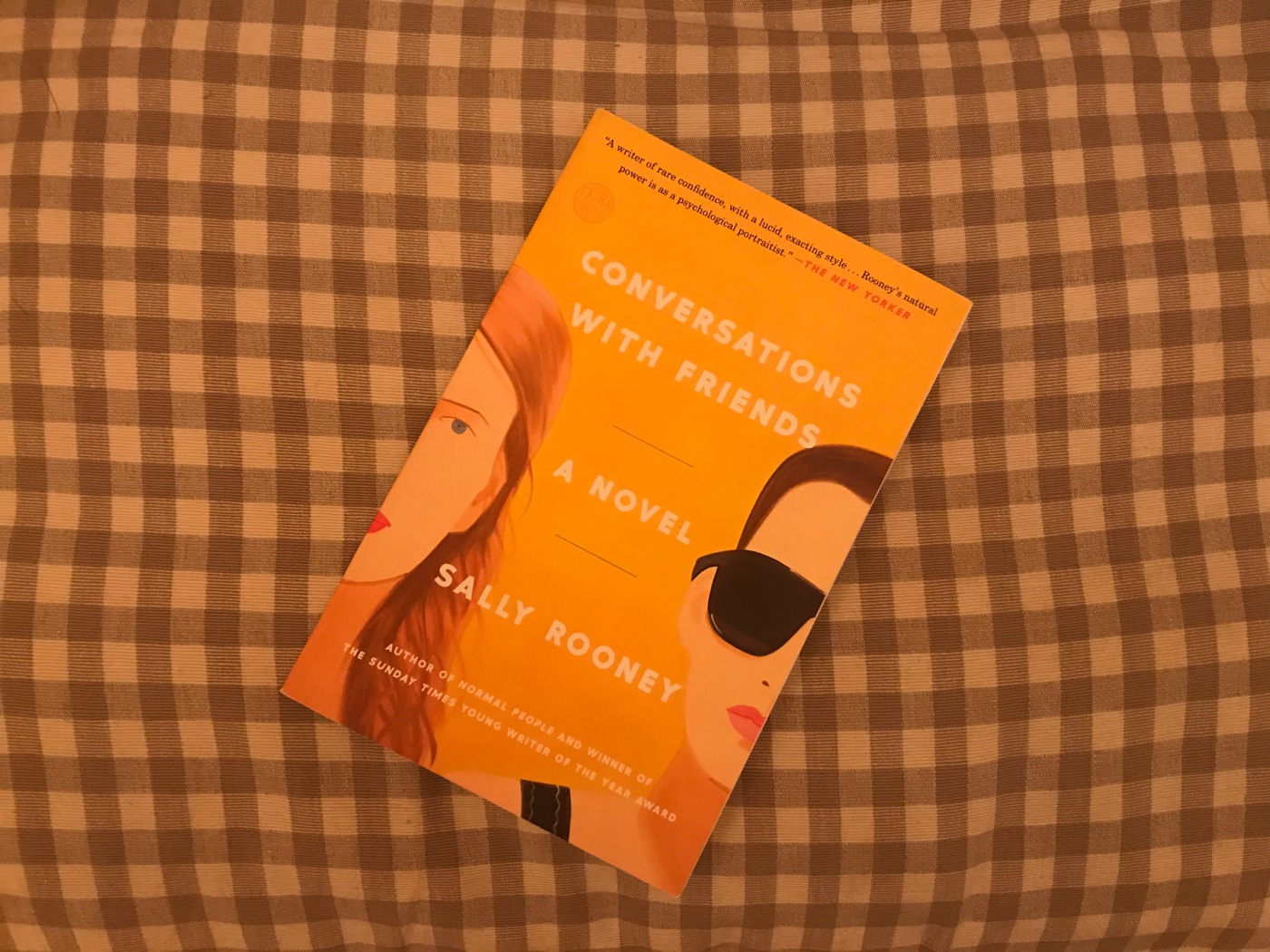 “You underestimate your own power so you don’t have to blame yourself for treating other people badly.”

Conversations with Friends by Sally Rooney
307 pages
Genre: Fiction
Published by Hogarth, 2017
Rating: 4 out of 5 stars
Reviewed by Indiana

Luckily, I didn’t read the premise before I cracked Conversations with Friends open because I doubt I would’ve picked it up. So please, do as I did and ignore the back cover summary.

What Conversations with Friends offers is a deep dive into the psyche of a young woman whose muted emotions and self-delusions are as relatable as they are fascinating.

Frances, the seemingly perpetually composed heroine, is studying writing at university and sometimes does spoken word performances with her longtime friend and former girlfriend, Bobbi. The latter is intimidatingly smart, and at times antagonistically witty.

Because of their performances a well-known writer and photographer, Melissa, writes a piece about them for a magazine. Frances and Bobbi become wrapped up in Melissa’s sophisticated and creative life, as well as that of her husband Nick, who she doesn’t seem to love.

Nick and Frances start a friendship that turns into something much more. Through their relationship, Frances grapples with her own identity, her own needs, as well as health and family issues.

While I think Normal People, the latest by Rooney, is slightly stronger, Conversations with Friends was incredibly captivating perhaps just as well written. Rooney has a knack for capturing certain flickers of emotion and split section thoughts that we’ve all had at one time or another.

2 thoughts on “Review: Conversations with Friends”