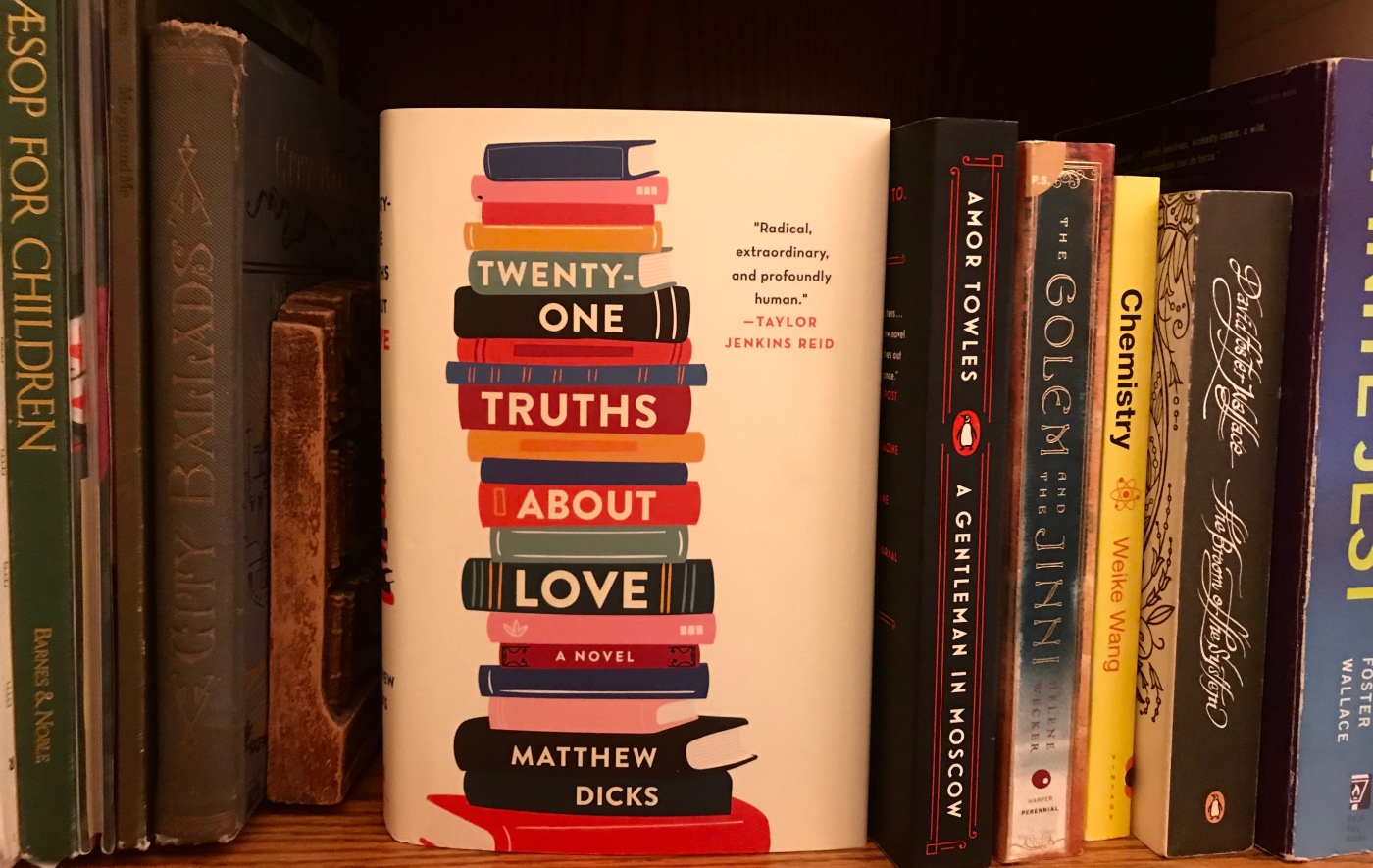 Number of books actually purchased by these people

“Sell pets. Market them as the kinds of pets that Harry and Ron and Hermione had. Owls, cats, rats, and such.”

“Maybe you could rent books instead of sell them. Kind of like a library. Just more expensive.”

On the surface, Dan is living the dream. He quit his teaching job to run a bookstore and he’s expecting his first child with his dream-wife Jill.

Beneath the surface, nothing’s going quite as planned. The bookstore is hemorrhaging money, which Dan hasn’t been telling Jill. So the news that she’s pregnant only causes more stress. He ruminates on different ways he could save the store and then he gives up and starts scheming about how he can get rich quick without getting arrested and without telling Jill that he’s broke and the store could go under any day.

Told through lists, this hilarious and heartwarming story is incredibly engaging. Dan’s intense opinions about everything from what people read to what they eat were hilarious. There were several times when I laughed aloud (in public) while reading about his hair-brained “get rich quick” schemes, the most promising of which involves a bingo hall.

The novel also deals with serious topics, like the death of Peter, Jill’s former husband, as well as Dan’s broken relationship with his father. It also alludes to mental health issues (the reason the novel is told through lists is because Dan’s psychiatrist recommended he write lists).

Overall, it’s a light-hearted book with a slight hint of “Breaking Bad,” and a whole lot of lists.

One thought on “Review: Twenty-one Truths about Love”