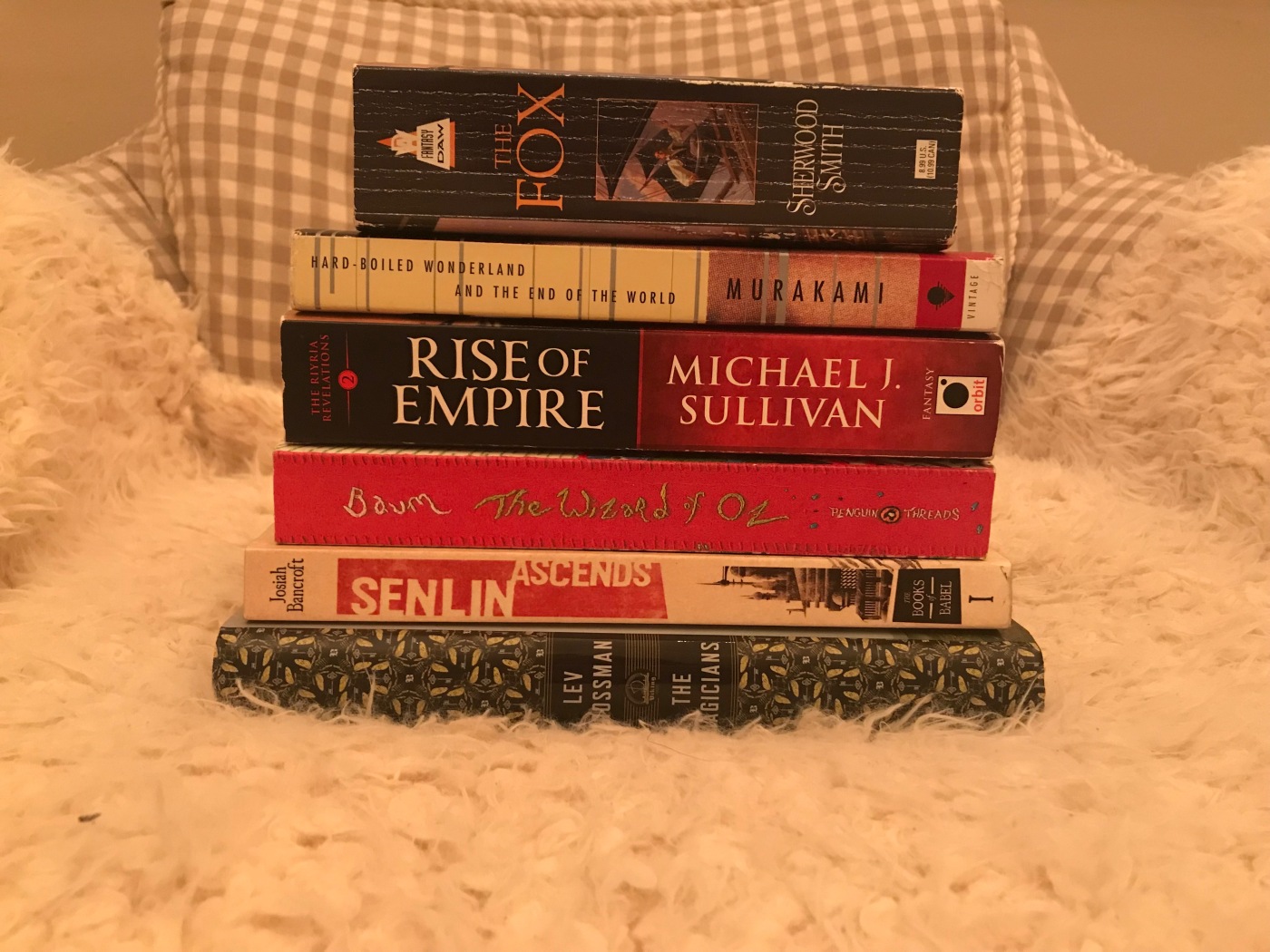 This one was a bit tricky to decide because we each have our own favorite genres. However, we settled on fantasy. Thanks to That Artsy Reader Girl for another great Top Ten Tuesday idea!

Alice in Wonderland by Lewis Carroll

Harry Potter (any in the series) by J.K. Rowling

The Wizard of Oz by L. Frank Baum

Words of Radiance by Brandon Sanderson

The Magicians by Lev Grossman

The Fox by Sherwood Smith

One thought on “Top Ten Tuesday: Books From My Favorite Genre”