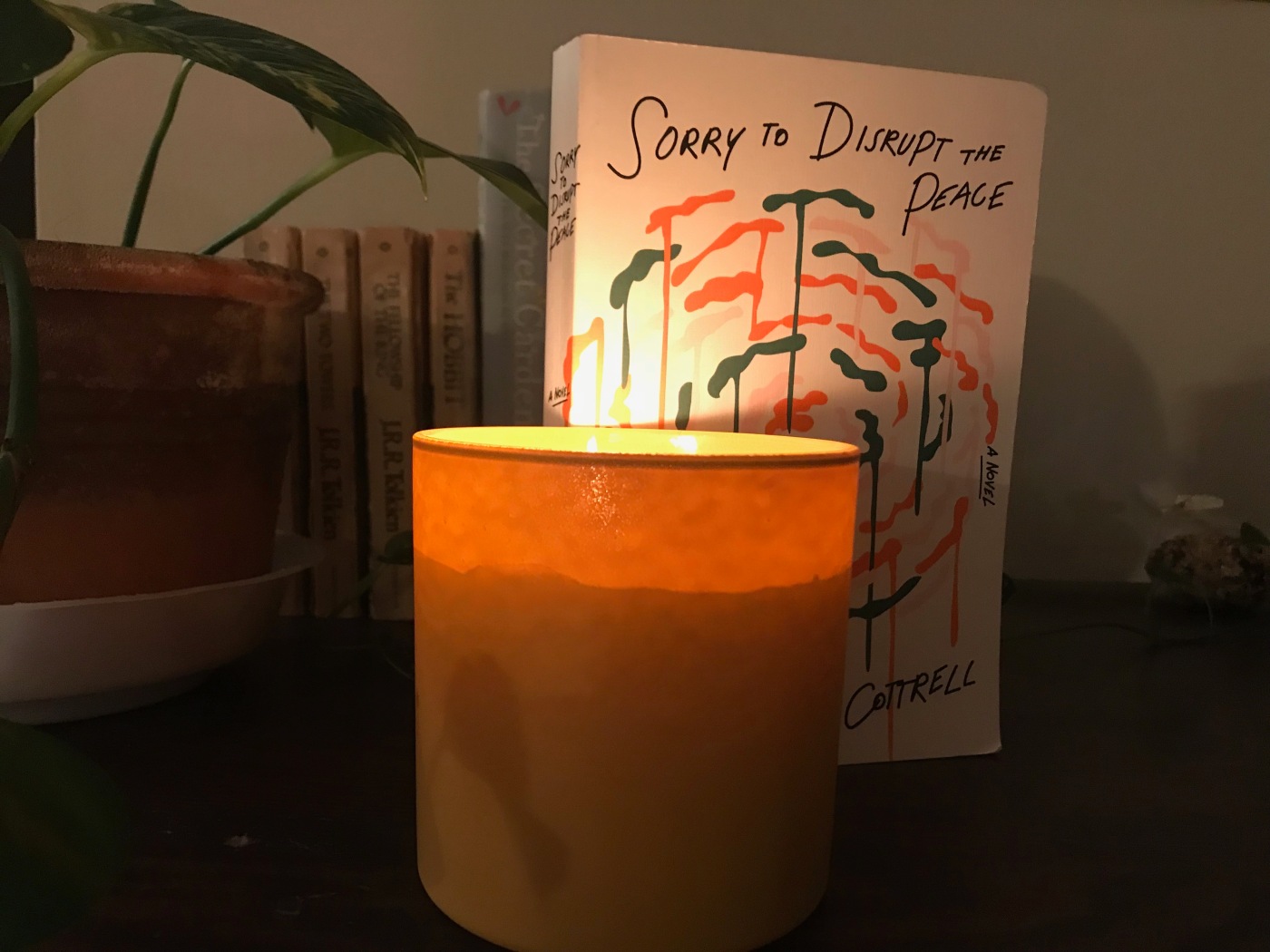 “Why wouldn’t anyone admit that a life is not a life but a deathward existence?” – Patty Yumi Cottrell

Sorry to Disturb the Peace by Patty Yumi Cottrell
265 pages
Genre: Fiction
Published by McSweeny’s, 2018
Rating: 4 out of 5 stars
Reviewed by Indiana
Re-readability: I might return to this one again.
Spoiler-free review

Helen Moran, a thirty-two year old living in New York City, gets a call about her adoptive brother’s sudden death. Incredulous, she returns to Milwaukee, where her adoptive parents live, to be a sort of shining beacon for them during a dark time and to investigate her brother’s suicide.

The novel opens with prose that feels very McSweeny’s-esque and reminds me of a Dave Eggers opener. But it shifts from there, becoming less humorous and reminding me more of the tone of Eileen or My Year of Rest and Relaxation by Ottessa Moshfegh. It’s odd and uncomfortable and you’re left doubting the narrator most of the time. And I was fascinated by just about every chapter.

From the twisting narrative, given to us by Helen herself, it seems that she hasn’t had the easiest time in life and that there’s something mentally unstable about her. She and her brother were both adopted and never quite felt like they fit in with their surroundings in their hometown. Helen went off to college and eventually moved to New York City, living on the streets for awhile. She was finally able to secure an apartment and a job working with “troubled young people.”

However, she’s always doing things that are ethically questionable, sometimes bargaining with drugs or inviting some of her favorites to dinner at her apartment. At the time of her brother’s death, she’s put under and internal investigation at work for taking drugs that the program had compensated.

But as she makes her way to Milwaukee, that starts to fade. She interrogates people who she finds are connected to her brother, becoming sometimes completely unhinged. It’s clear from the minute she gets “home” her parents aren’t exactly over the moon to see her and as she eats all the cake that was supposed to be for the funeral and kills the flowers (by putting them in a bucket of bleach) that mourners had sent, one sympathizes with the parents.

But Helen’s desire for a reason, a motive in her brother’s suicide is understandable. Using the internet, she’s researched the six possible reasons her brother may have killed himself and she regularly recites them to the people she interrogates or questions. But none of them seem to be it.

Through all of her darkly comedic and sometimes disturbing thoughts and actions, Helen is searching for an explanation that alludes most of us—what it means to be alive and what it means to die.