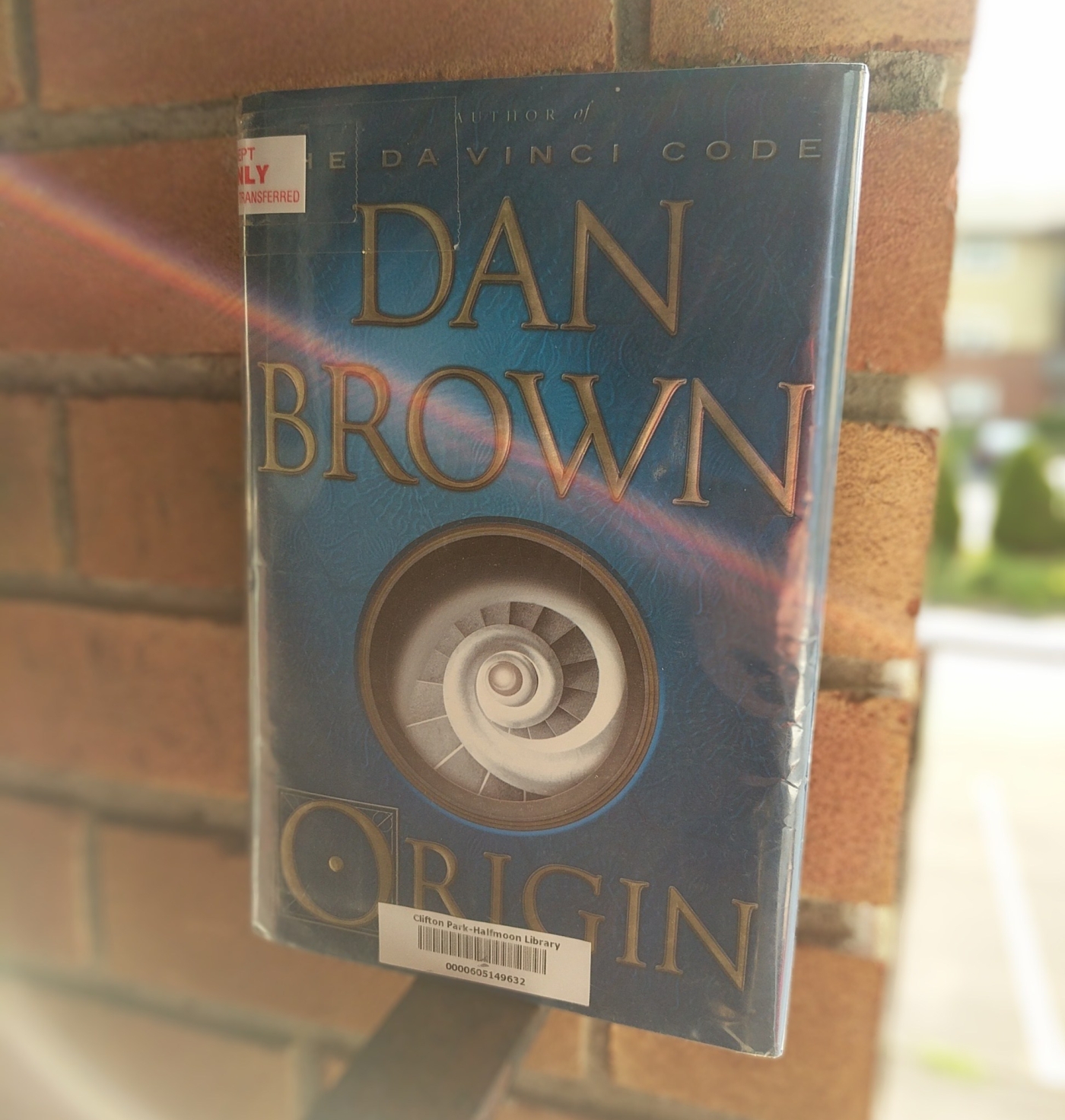 “Nothing is invented, for it’s written in nature first. Originality consists of returning to the origin.” ~Dan Brown, Origin

Origin by Dan Brown
480 pages
Published by Doubleday, 2017
Genre: Thriller, Fiction
Re-readability: In my past experience, Dan Brown books don’t hold up too well to rereads. They hinge too much on their big reveals.
Rating: 2.5 out of 5 stars

Dan Brown’s Robert Langdon books are always fun. There hasn’t been one that didn’t get my heart racing, and Origin was no exception. Brown has a formula without a doubt, but it’s a formula that he has mastered—and that he knows how to tinker with it.

Anyone who’s read a Dan Brown book knows how crucial the twists and turns are to the plot, so I am going to keep this review as spoiler-free as possible. Read on without fear!

Robert Langdon’s longtime friend and former student who is a multi-billionaire and scientist with a massive discovery to show the world.

But this discovery has several prominent leaders of the world’s largest religions nervous, and Kirsch is likely to upset quite a lot of people. In fact, he fully expects to disrupt the religions of humanity forever.

Right before Kirsch’s revelation is given to the world, a plot begins to unfold, and it’s unclear who is behind it. Robert Langdon sets out with Ambra Vidal, curator of the Guggenheim Museum in Bilbao, and an AI assistant named Winston that was created by Kirsch himself.

You can probably guess what follows: a dangerous assassin who is a member of a prestigious and subversive Catholic cult, dazzling technological gadgets, near-death experiences, and panicked government officials. It’s classic Dan Brown, but with the twist that the primary mystery is modern rather than ancient.

This book gets off to a slow start. The first several chapters end on false cliffhangers where no new information is revealed but you get a sense that you’re one step closer to something happening. And something does happen, but it takes quite a while. After that, the plot picks right up and doesn’t slow down until the end.

I was skeptical of how Brown would manage to convince me that Kirsch made a meaningful discovery—and whether that discovery would be revealed at all. But it was revealed, and it’s a good one. Not a wholly original idea, but that’s what lends to its plausibility. And the book ends with one more twist that left me rethinking the entire plot.

One nitpick is that the world-altering events of the book’s predecessor, Inferno, are not even mentioned. I was looking forward to seeing how Brown handled this, but he just sort of brushed it aside.

Nonetheless, fans of Robert Langdon won’t be disappointed with this one, though it lacks the suspense of its predecessor. And if you’ve never read a Dan Brown book, it’s probably not a bad place to start.