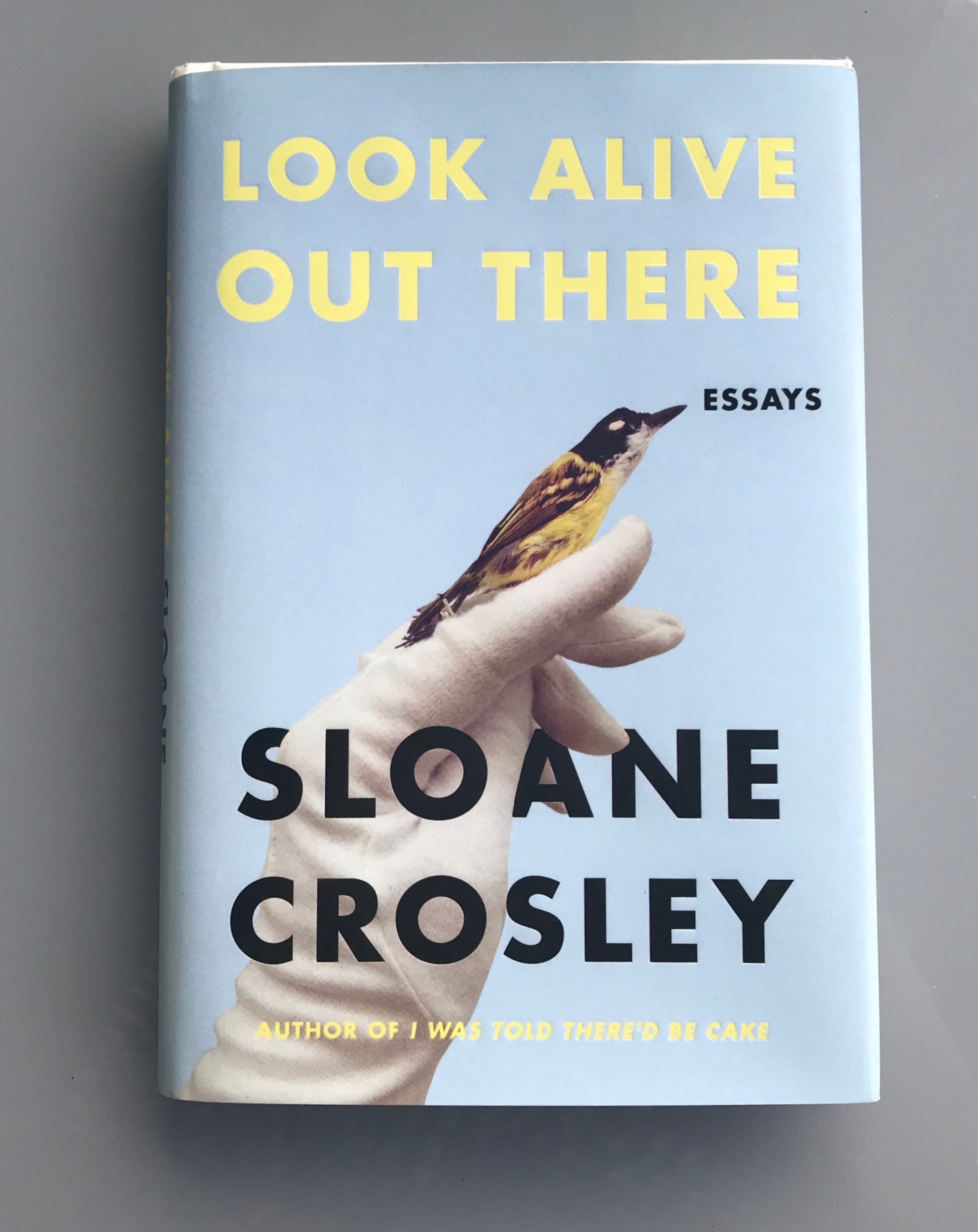 “I think by now we can all agree that the foundation of world travel goes something like “Bring a cardigan.” Sloane Crosley

Look Alive Out There by Sloane Crosley
240 pages
Published by MCD, 2018
Genre: Personal Essay, travel writing
Rating: 4.5 out of 5 stars
Re-readability: I hope to come back to this collection at some point.

Think about the funniest woman you know.

Sloane Crosley is this person, but in author form (and probably living a cooler life).

Look Alive Out There is a hilarious and at times strikingly tender collection of essays written about life in New York City, inexperienced world traveling, and other odd experiences that writing has gotten her into.

When I first picked up this book, I was actually looking for Crosley’s first essay collection, which came out in 2008, I Was Told There’d Be Cake. I’ve already read a few of those essays and found myself laughing aloud in the bookstore. Yet, the only Crosley book the store had was Look Alive Out There. And now that I’ve read it, I’m glad I started with this one.

From the start, Crosley digs right into a scene most can relate to, even though it’s set on a quintessential New York City street. Crosley is hurrying to catch a cab to go to the airport and catch a flight for one assignment or another, when a couple comes up to the curb next to her. The woman is handicapped and the man is accompanying her, suitcase in hand. Crosley groans a bit when she realizes that the next cab to pull up is a handicap cab, knowing she’ll have to let these people go ahead now and wait for another.

The man (who isn’t handicapped) gets in and waves to his wife. The cab door closes and the woman wheels herself away, running over a dog’s tail in the process and not stopping to apologize when it yelps.

When Crosley — who is fed up with the couple for stealing her cab for no good reason — tries to explain who ran over the dog to its owner, pointing to the woman, a bystander is disgusted with Crosley saying “She’s in a wheelchair. What’s the matter with you?”

In another collection, Crosley gets roped into a travel assignment that pushes her to heights she’s not prepared for.

“Now feels like a good a time as any to mention that I’ve never been skiing. You have to be under four feet tall to see the appeal of skiing. When you’re a kid, there are magic bravery crystals on the surface of the snow that whisper, telling you it’s fun to go speeding down nature’s backbone as if it won’t kill you. After a certain age, you become too tall to hear the crystals. So by the time you’re an adult, the question ‘Want to go skiing next weekend?’ actually sounds like ‘Want to go bungee jumping using this old dental floss I just found?’”

Although she doesn’t find herself downhill skiing in Quito, she does go hiking up one of the Cotopaxi, which has an elevation of over 19,000 feet and should only be attempted by experienced hikers. It doesn’t go well.

Crosley does an excellent job of taking the reader with her through all these experiences but cutting them down to their essences and making us find the hilarity in even the most intense, terrifying, or frustrating situations.