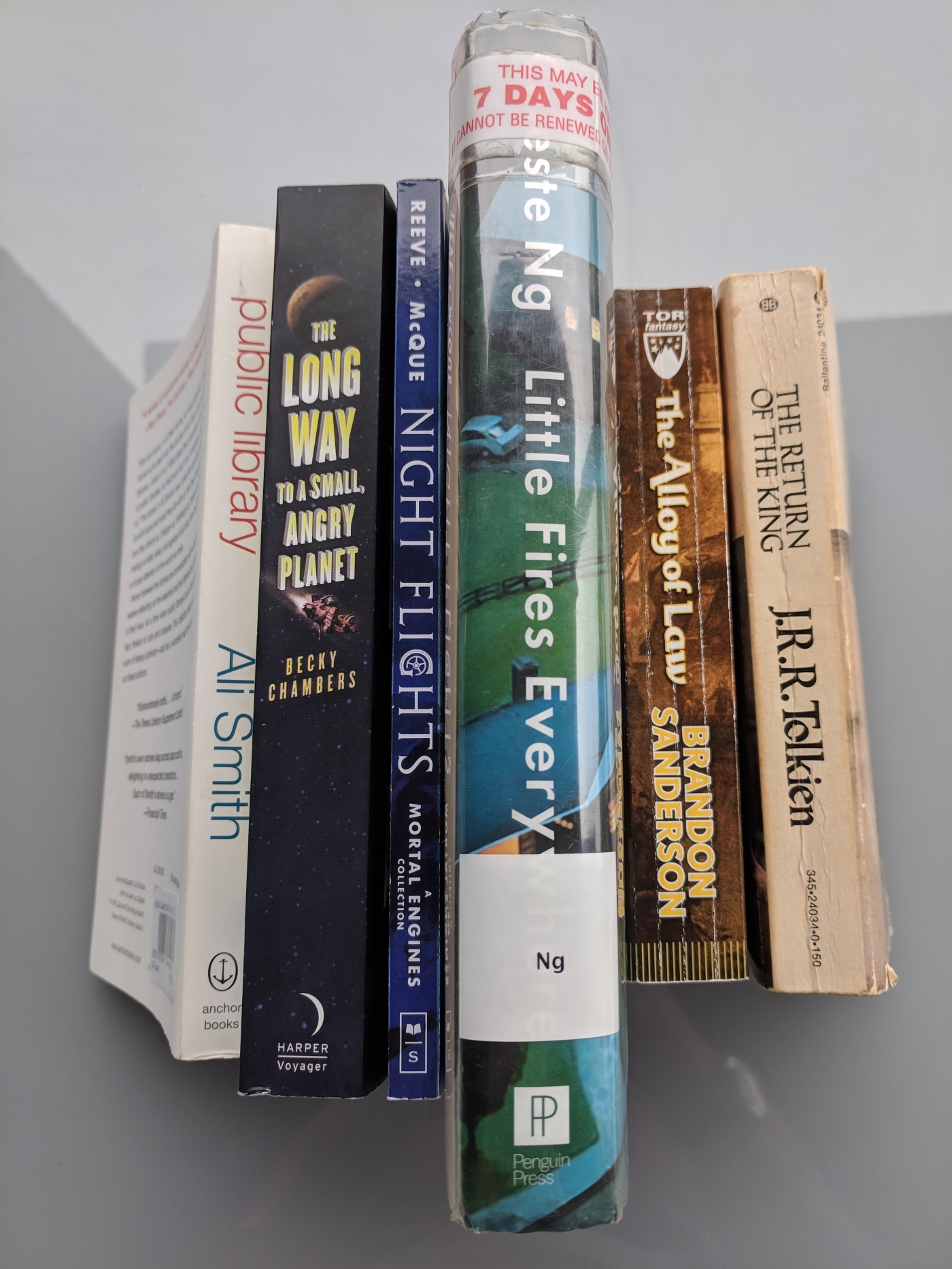 We actually got some serious reading done this August! A lot of travelling (and some strategically-planned reading nights) helped with that. September is filled with books we’ve both been looking forward to for a while, since we read some duds last month.

I got through a decent chunk of my August list, but there is a bit of shame, sadly.

The Left Hand of Darkness by Ursula K. Le Guin — Review to come

Song of Solomon by Toni Morrison — 5 out of 5 stars

Return of the King by J. R. R. Tolkien

So we’re a little late this month, but that means I had a chance to finish some books already! Philip Reeve’s Night Flights was a great taste of the world of Mortal Engines before the movie in December, and Brandon Sanderson’s Alloy of Law was a ton of fun. I’m also reading Underground Airlines by Ben Winters with Indi for one of our book clubs, and we’re reading Little Fires Everywhere Celeste Ng for our other book club. I’m already partway into A Long Way to a Small, Angry Planet by Becky Chambers and am completely captivated by this cozy space journey. I have a lot on my plate this month, but I’m fairly confident that I can get through all of it. 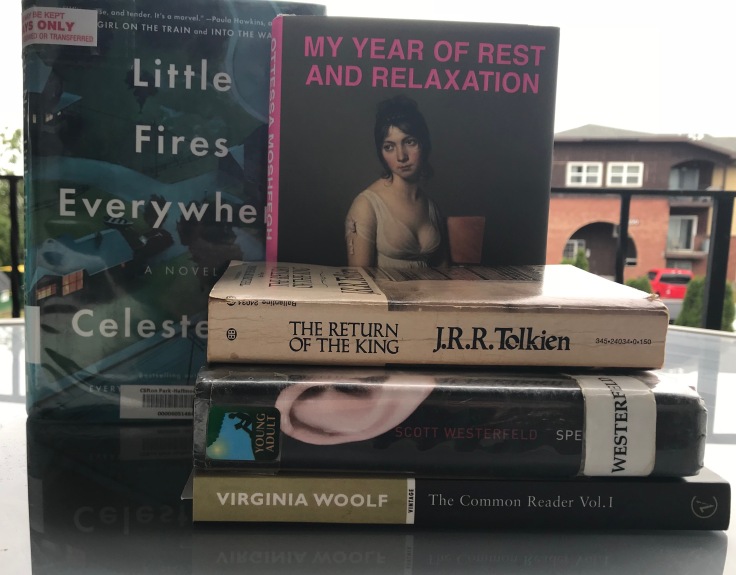 Pretties by Scott Westerfeld —  3 out of 5 stars

Look Alive Out There by Sloane Crosley —  Review to come

This month I’ll be playing catch-up with all the other books I tried to finish in August, including the Virginia Woolf book, Public Library by Ali Smith, Specials by Scott Westerfeld, and The Return of the King by J.R.R. Tolkien. I’ll also be reading My Year of Rest and Relaxation by Ottessa Moshfegh, Little Fires Everywhere by Celeste Ng, and Underground Airlines by Ben Winters.