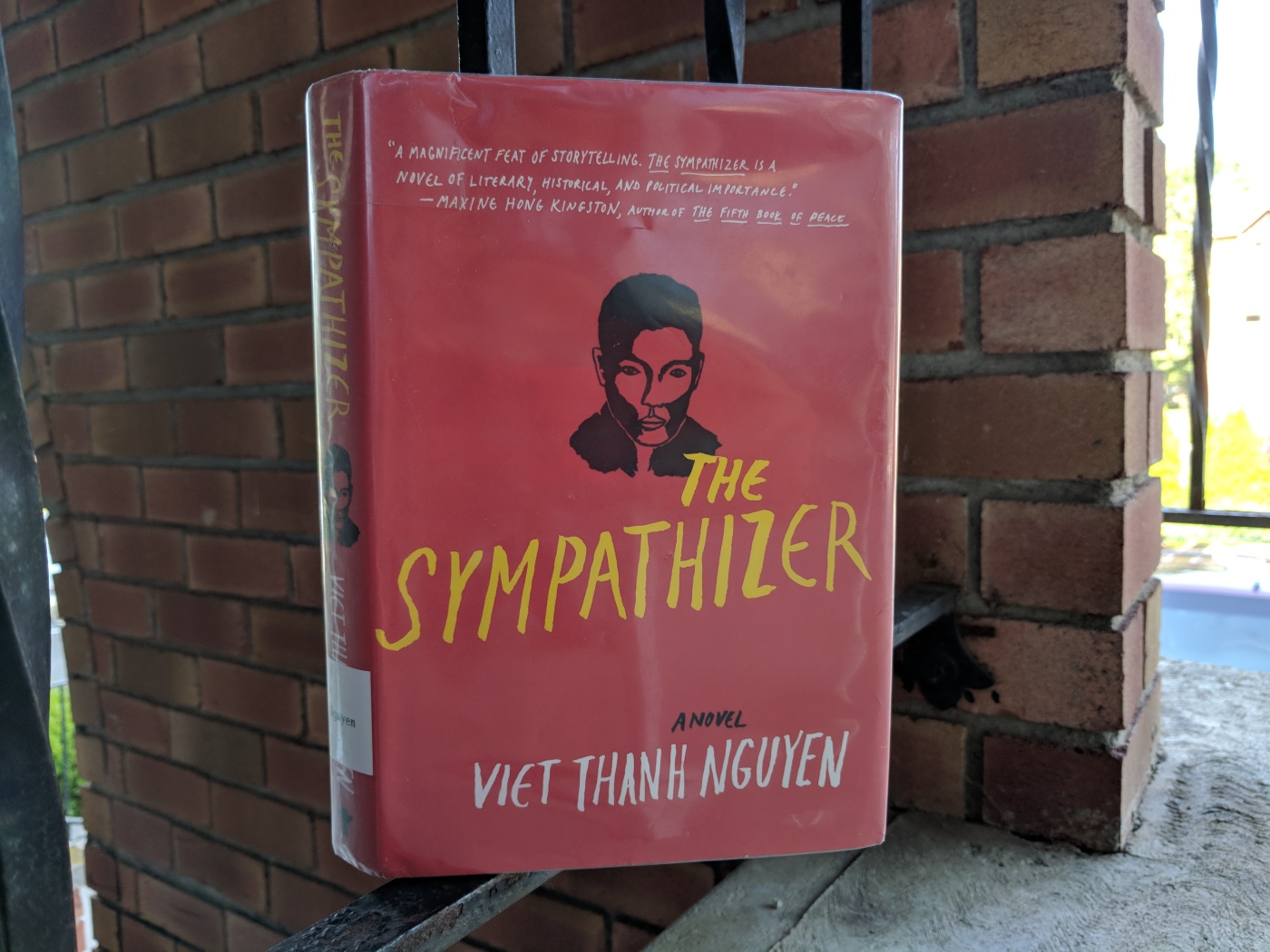 “Don’t you see that Americans need the anti-American? While it is better to be loved than hated, it is also better to be hated than ignored.” ~ Viet Thanh Nguyen, The Sympathizer

The Sympathizer by Viet Thanh Nguyen
367 pages
Published by Grove Press, 2015
Genre: Historical fiction
Re-readability: While I enjoyed this book, I think I’d sooner turn to nonfiction on the Vietnam War
Rating: 3.5 out of 5 stars

At its core, The Sympathizer (which won the 2016 Pulitzer prize for fiction) is a noir fiction. The unnamed protagonist is a communist agent deep undercover among the South Vietnamese army during a period of transition—people are fleeing a dangerous country by any means and at great costs, and the story’s narrator is among them as he makes his way to California with his would-be compatriots.

Nguyen’s writing is clever and information-packed without bogging you down. Keeping track of alliances and important characters was tricky at first, but I found myself caring for the cast quickly. One important note is the story’s format: it’s a frame story, with many chapters addressed to “my dear Commandant.” It’s clear that the narrator is writing as a sort of confession to someone, but for much of the story this plays a small role.

I could hardly know less about the Vietnam War from the American perspective—and I know nothing about the points of view of both sides in Vietnam. Though I wasn’t doing any research as I read, I did learn more about the war than I ever did in 7th grade social studies.

The protagonist reminded me of Breaking Bad’s Walter White in that I was rooting for him until he started doing terrible things. This book is far from action-packed, but it has a few moments of intensity that Nguyen places perfectly in the plot. The result is a constant sense of guilt and fear as we follow a person who is truly alone in a dangerous time.

A major issue I had was the story’s female characters. Maybe it can be claimed to be a part of the protagonist’s sexist views, but every female character is described with relation to her attractiveness or motherliness. Once I realized I was reading noir fiction, this made more sense—famme fatales are a staple of the genre, but that didn’t explain the old, agency-less mothers. There is one exception to this general rule, but the author’s treatment of women still stood out.

I think I’ve talked before about how Pulitzer-prize-winners are very hit or miss for me. I was glad I read this one and would (somewhat timidly) recommend it, so my track record with Pulitzer books continues. Someday I’m sure I’ll find a mediocre one, but I count The Sympathizer as a powerfully-written novel that deserves its praise.

5 thoughts on “Review: The Sympathizer”