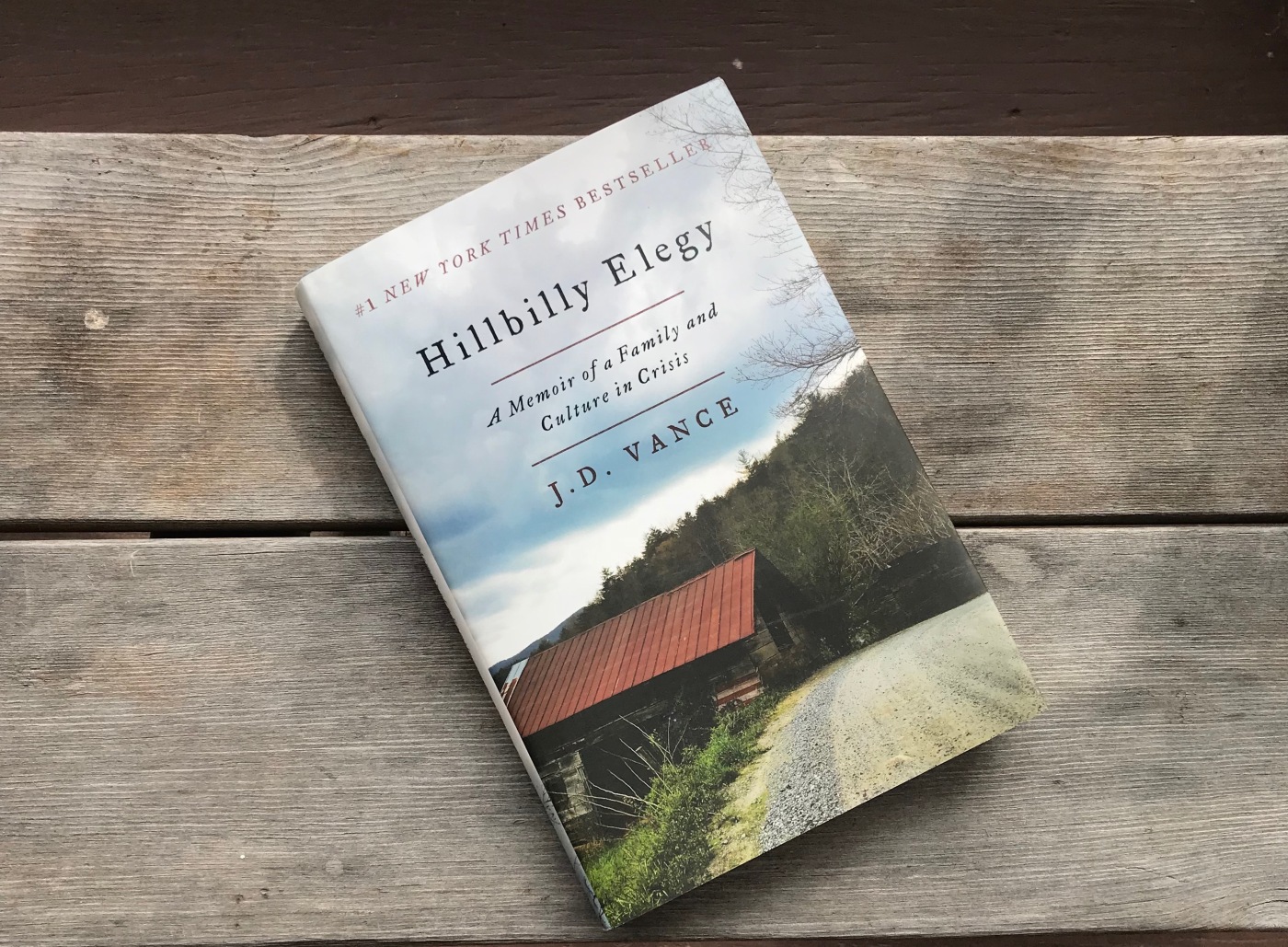 “What separates the successful from the unsuccessful are the expectations that they had for their own lives. Yet the message of the right is increasingly: It’s not your fault that you’re a loser; it’s the government’s fault.” – J.D. Vance

Hillbilly Elegy by J.D. Vance
264 pages
Genre: Memoir, sociology
Published by HarperCollins, 2016
Rating: 4 out of 5 stars
Re-readability: This one can probably be re-read, unlike some memoirs.

This one made a bit of a splash when it came out in 2016, at a time when the political climate in the United States was so charged it felt like politics was the only thing people were really talking about.

It’s the story of J.D. Vance, a hillbilly who eventually works his way into Yale Law and becomes a successful lawyer. He is an anomaly in his hometown and Vance looks delves into why that might be. He also looks into the sociology of hillbillies; where they came from, where they are today, their values, their social mores, why they’re politically swinging one way and then another and why they feel stuck.

There’s no doubt that Vance had a tough childhood. His father “put him up for adoption” when he was a kid because he didn’t want to “pay for child support” after he divorced his mom (at least that’s what Vance thought at first).  After that, his mother brought in a long line of men, some that were abusive and some that she abused. She also became addicted to drugs and was in and out of rehab. Vance’s Mawmaw and his older sister were the two people who actually raised him.

Although I felt like the balance between his personal experiences and the sociological research he’d done for the book was a little off, I think Vance had a few interesting observations about the way that things are today and why they are that way.

He points out that because of the instability at home, which was quite common in his hometown, he always felt like his actions did not impact his life. As though no matter what he did, his life wouldn’t get better. It wasn’t until he joined the military that he started to shake that feeling of powerlessness. Until he wasn’t around the instability and he could take stock of his life and see what he wanted to do with it. The military also gave him a few mentors to help him figure that out.

But he admits that not everyone has that experience. So if you always feel like your actions can’t make your life better or have any effect at all, why would you even try to be better?

When Vance finally gets into college, something that terrified him before the military, he breezes through (although the financial burden almost crushes him  . . . he has to sell plasma at one point just to get a textbook). But he is distrustful of professors and the dean for no reason; he’s usually distrusted teachers and “others.” But getting into law school and getting through law school takes social capital; something he’d never even really known about before.

He admits that there are so many reasons that hillbillies have stayed on the same socioeconomic class over the years, including a lack of knowledge on things like what to wear to an interview or how to fill out financial aid forms or why you might not just want to have your money in a savings account or why you shouldn’t eat foods high in saturated fat for every meal.

It all sounds like elemental things but if no one passes this information on (or even knows it in the first place) why would the younger generation know?

I wouldn’t say this book contained any “answers,” perse. There’s no “Here’s what we should do to bridge this deep divide between political parties,” which the book was first put on a pedestal for by some media outlets. Yet, it was an important work in the sense that a book from “hillbilly country” caught the attention of media across the world and it gave the rest of the country a glimpse into that culture.