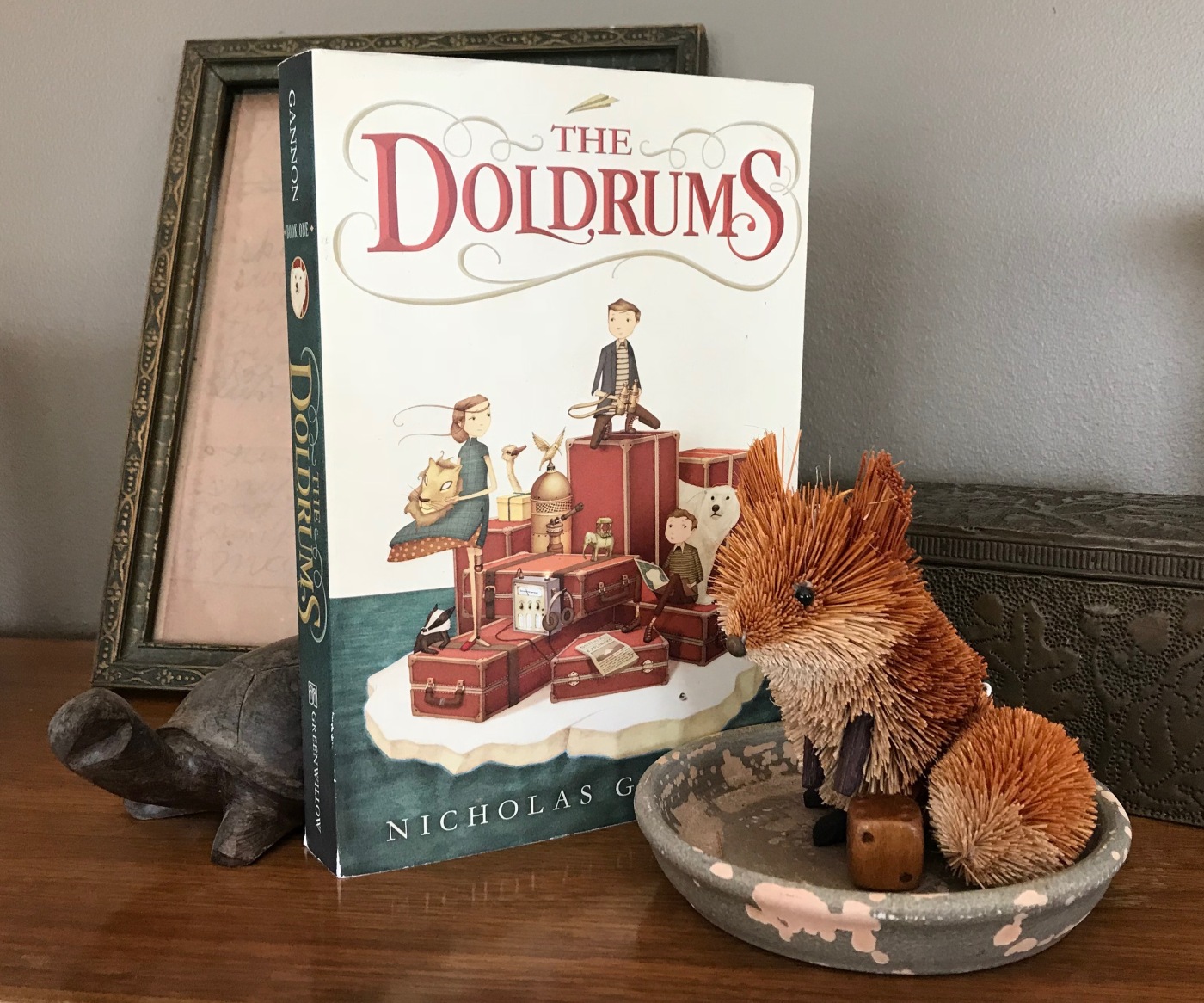 “Many people fear they might be crazy at some point in their lives, but it requires a healthy dose of sanity to think there’s a chance you might be crazy. It’s only when you think there is no chance whatsoever that you should be worries. Only you won’t be worried because you’ll be crazy.”

The Doldrums by Nicholas Gannon
340  pages
Genre: Children’s lit
Published by: Green Willow Books, 2015
Rating: 4 out of 5 stars
Re-readability: I think I’ll return to this one when I have kids of my own someday.

Reviewed by Indiana
A spoiler-free review

It follows the story of Archer B. Helmesley, a boy with adventure in his blood but with a very strict mother. His grandparents are famous explorers, or at least they “were.” Archer gets word one morning that they’re trapped on an iceberg and that there’s very little hope for survival.

His parents (mostly his mother) try to keep him from thinking about adventuring. Fortunately, Archer’s family lives in a house more eccentric than a museum. It’s packed with tokens and exotic taxidermied animals from his grandparents travels. Even though he’s hardly allowed outside, Archer is determined to go find his grandparents and the iceberg. He just needs a bit of help. Thus, after recruiting the shy and loyal boy next door, and the new girl with a wooden leg with just moved in next to them, he thinks he’s all set to take off.

What happens after is nothing short of an adventure, but it’s not exactly the kind they were hoping for. Without spoiling anything: there are tigers, field trips, too much caffeine, and plenty of shenanigans.

The eclectic group of characters made this story really come alive and the beautiful illustrations helped too. Honestly, they looked like something out of a Pixar film or Walt Disney film. Gannon might be a great author, but his illustration skills are on par if not better. There really should be a movie or television adaptation of this book if that’s not already being worked on.

The only issue I had at all with this book is that there was a scene that was a bit too close to the scene in Harry Potter and the Prisoner of Azkaban when Harry accidentally blows up his aunt. In the grand scheme of the story, it’s a very minor beef.

It was one of those books where the ending came up on me much too quickly. Luckily, there’s a sequel out that I will be getting soon. More to come! (Hoping it’s just as good as the first).

One thought on “Review: The Doldrums”