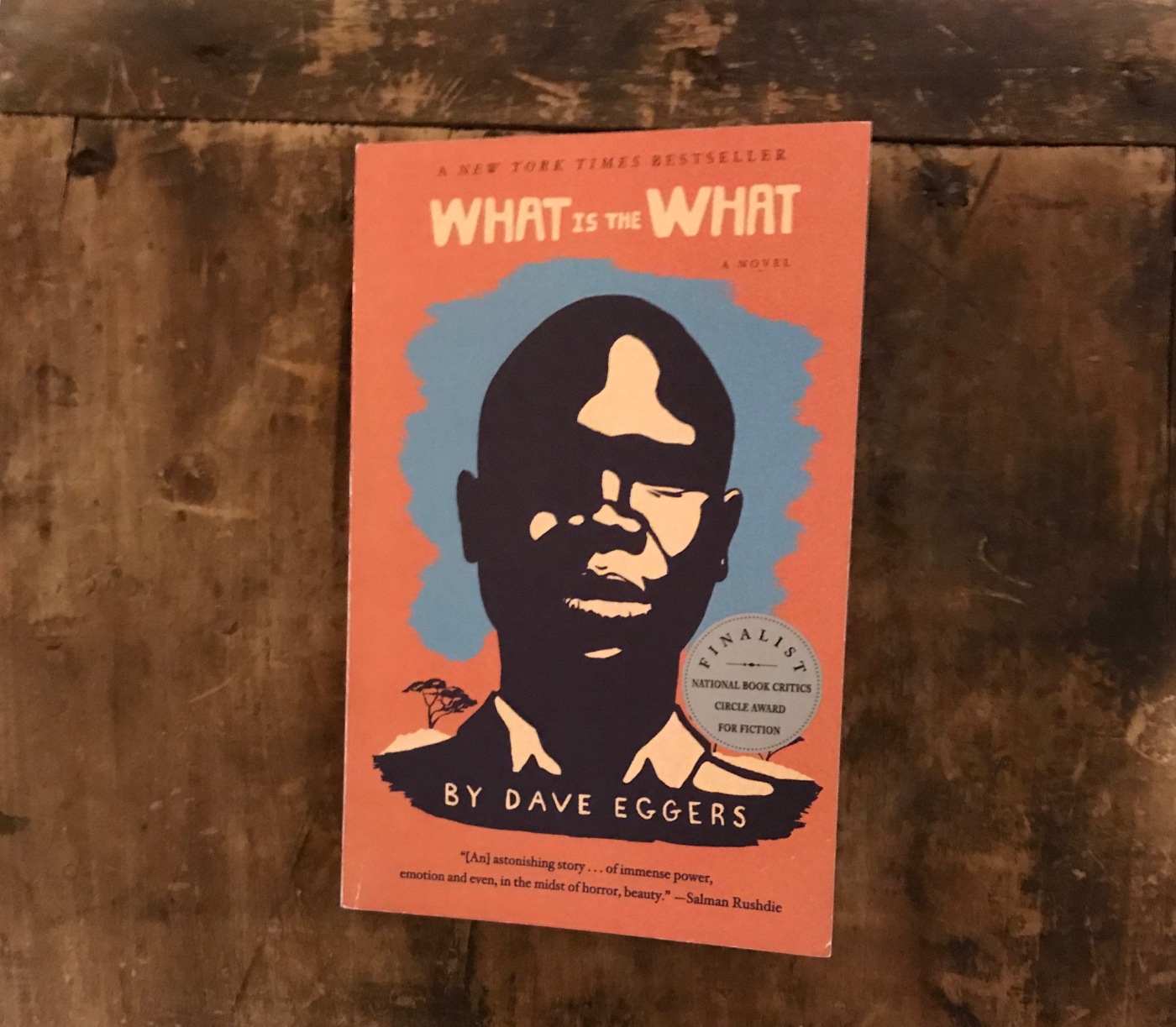 What Is The What by Dave Eggers
535 pages
Genre: Fiction
Published by Vintage Books, 2006
Rating: 3.5 out of 5 stars
Re-readability: It is certainly possible to give this one another read, but it’s so heavy I’m not sure I can pick it up again.

Every time I picked up this book, or even carried it around, it felt like a stone sank through my gut.
Valentino Achak Deng is one of the Lost Boys of Sudan. One of thousands of boys whose lives were completely upended (and in many cases, taken) during the second Sudanese Civil War.

What Is The What is a novelization of his life, told through the lense of his “escape” to America.

It doesn’t open in a Sudanese war zone, but an American one, with Valentino being robbed by African Americans, who make fun of him and call him “Africa.”

Throughout this ordeal, he tells his robbers and other people throughout the book, about his time spent being a “Lost Boy” and what that means. Now, just the name “Lost Boys” brings to life a terrifying image, one of tragedy and sadness.

But that’s only the first paragraph. There are 535 pages, each with several of those paragraphs.

Although there are glimpses of the usual Eggers humor, this book is one of the most tragic and horrifying I’ve ever read. Women, children, and men are brutally murdered what seems like every few pages. Even when you think that things will finally be safe for Valentino, you remember he’s being robbed at gunpoint or that he’s facing some other kind of danger in America.

Eggers does an amazing job of capturing the uncertainty of the civil war, told through the eyes of a child who is asked to join the war, then asked to run from it. But Valentino and the other Lost Boys are really just trying to survive. There are moments of total chaos and confusion, which are as frustrating for the reader as they are for Valentino.

Eggers also delves into a few ways in which America isn’t the peaceful promiseland that Valentino, and other Sudanese refugees, thought it was going to be. Valentino is robbed, he can’t seem to get into a good college, he’s struggling to find a good job, there’s in-fighting within the Sudanese population, etc.

However tragic and heavy the book is, Valentino can be an extraordinarily strong and inspiring person. During one scene, Valentino is working at a health club and a woman comes in a asks if he’s “hanging in there” Valentino thinks: “The truth is I do not like hanging in there. I was born, I believe, to do more. Or perhaps it’s that I survived to do more.”

Valentino seems wise beyond his years, and even beyond his experiences, and he makes the whole tale well worth the difficult read.