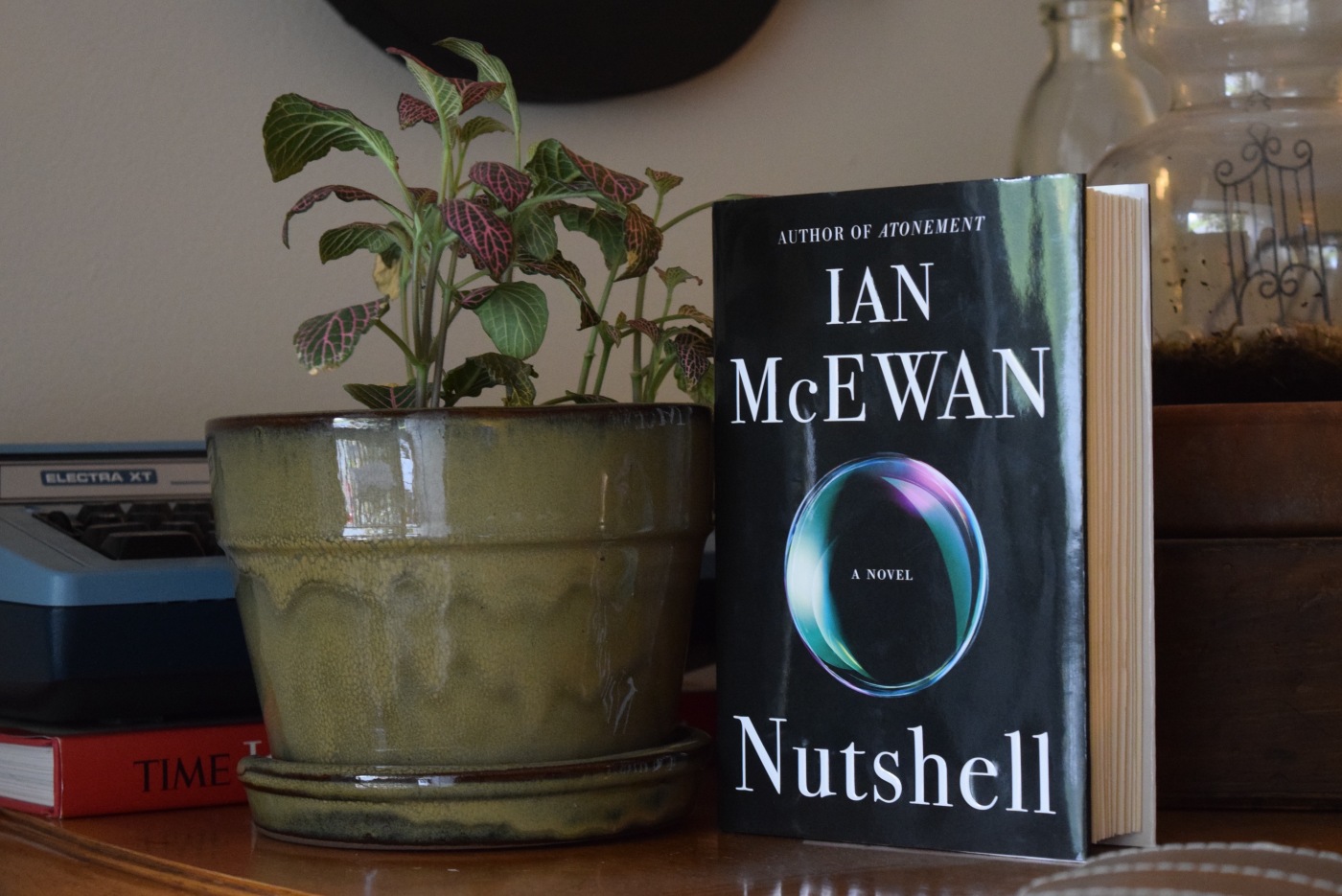 Re-readability: I wanted to pick it back up again the moment I put it down. “Nutshell” is entirely re-readable.

The premise of this book made me squirm. But after page two, I was hooked.

The book is narrated by a fetus (yes, you read that right), who is listening to its mother and father as they plan a murder. As an almost nine month old fetus, it’s rather intelligent. Unbelievably so, but this is fiction so it’s acceptable.

Well, acceptable is not the right word. Ian McEwan makes it difficult to tear yourself away from the plight of the narrator as it struggles with what (if anything) it can do to stop its parents.

Beyond the eldritch premise, the writing is fantastic. McEwan finds a way to weave in interesting cultural phenomena and ethical dilemmas.

The only thing that made me hesitant to believe in the premise of an unborn narrator was a few philosophical ideas and literary works that the fetus referenced. I didn’t understand how the narrator would have known about them, although McEwan generally did a tidy job of explaining the sources behind the fetus’ knowledge. The source was usually something that the mother had listened to or played during her pregnancy, and most of the time it was as believable as could be. But there were a few times when the illusion was broken.

I haven’t picked up another McEwan book, but he’s on my—very long—reading list. After reading this one, his name bumped up a few notches.

I recommend carving out an afternoon to read Nutshell in one sitting. The strange premise and likeable fetus grab you from the first page and don’t let you go even after the cover is closed.

One thought on “Nutshell by Ian McEwan”