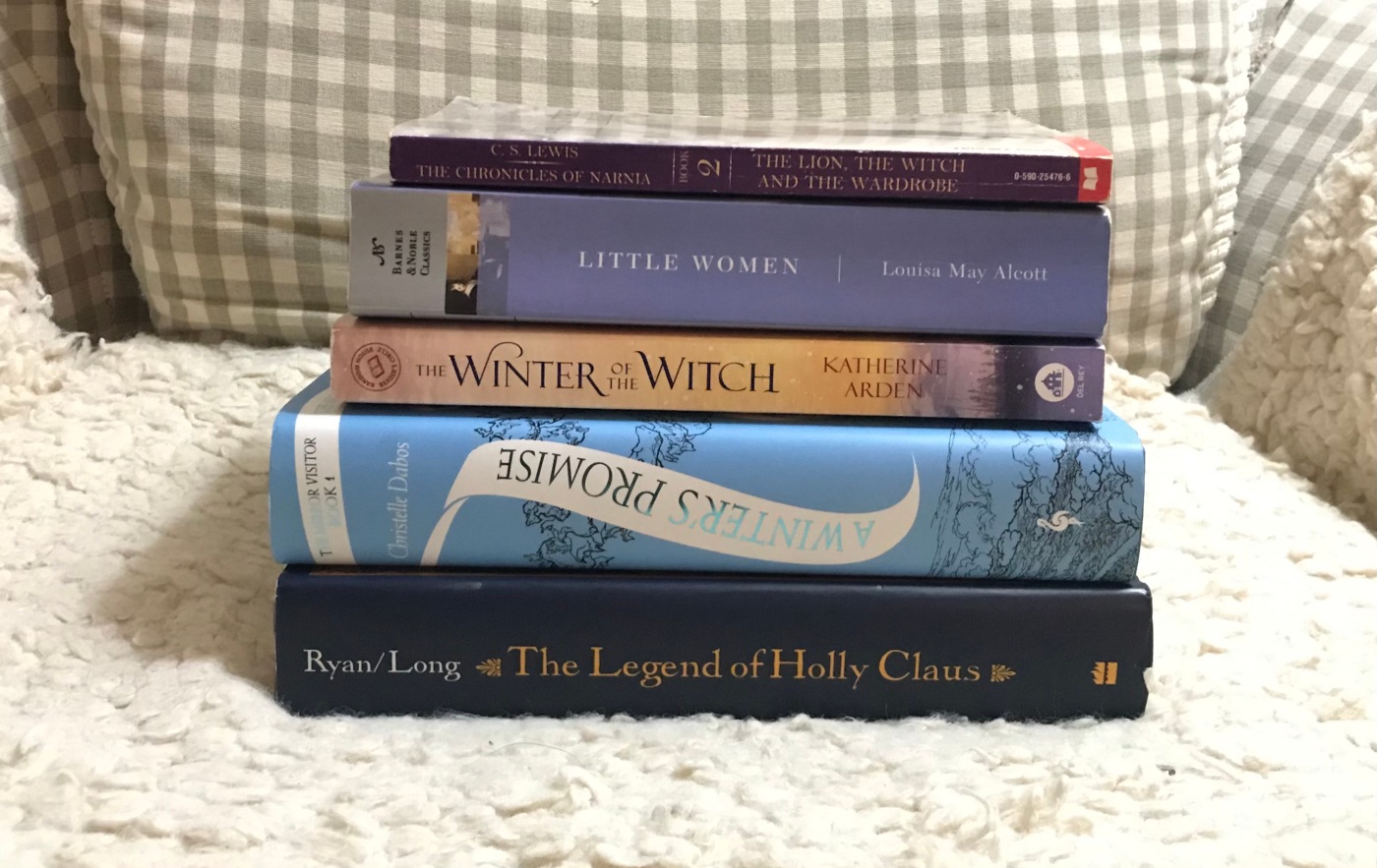 Considering the coldest months are upon us, this was a fun topic to dig into. Thanks to That Artsy Reader Girl for the holiday freebie!

A Gentleman in Moscow by Amor Towles
While it isn’t set in winter, everything about this book is cozy considering that the main character is confined to the famous Moscow Metropol Hotel in the early 20th century.

Winter by Ali Smith
It’s an obvious choice, but it’s also one that explores the meaning and feeling of winter in a variety of ways. And it’s also surprisingly Christmas-y.

Radio Free Vermont by Bill McKibben
There’s no US state more wintery to me than Vermont, probably because I’m an avid skier. This novel not only explores the culture of Vermont but also takes a lighthearted look at the divide in American politics.

Predator’s Gold by Philip Reeve
Set primarily on the traction city (massive vehicle that is home to thousands) of Anchorage exploring the ice wastes of North America, this is a cold book without much cozy, but it’s a great winter read.

Harry Potter and the Goblet of Fire by J. K. Rowling
I’m not sure when or if I’ll be able to read Harry Potter again knowing Rowling’s repugnant transphobic views, but the memory of the fourth installment remains yule-filled and cheerful—except for that part at the end.

Indiana’s Five
The Lion, The Witch and the Wardrobe by C.S. Lewis
This is a quintessential cozy winter read, for both kids and adults.

Little Women by Louisa May Alcott
A classic cozy read for really any season but it really does the trick around the holidays, where the focus is on family.

The Winter of the Witch by Katherine Arden
Well, really any book from this trilogy works for this but since this one had winter in the title and I’ve probably posted about it the least I wanted to show it some love.

A Winter’s Promise by Christelle Dabos
Some might argue there’s nothing particularly cozy about the world that Ophelia is whisked off to. However, I found the entire adventure a fairly cozy one and read it during the dead of winter so I might be biased.

The Legend of Holly Claus by Brittney Ryan
I got this one as a gift when I was child and, between the storyline and the beautiful illustrations, it always got me in the holiday spirit.