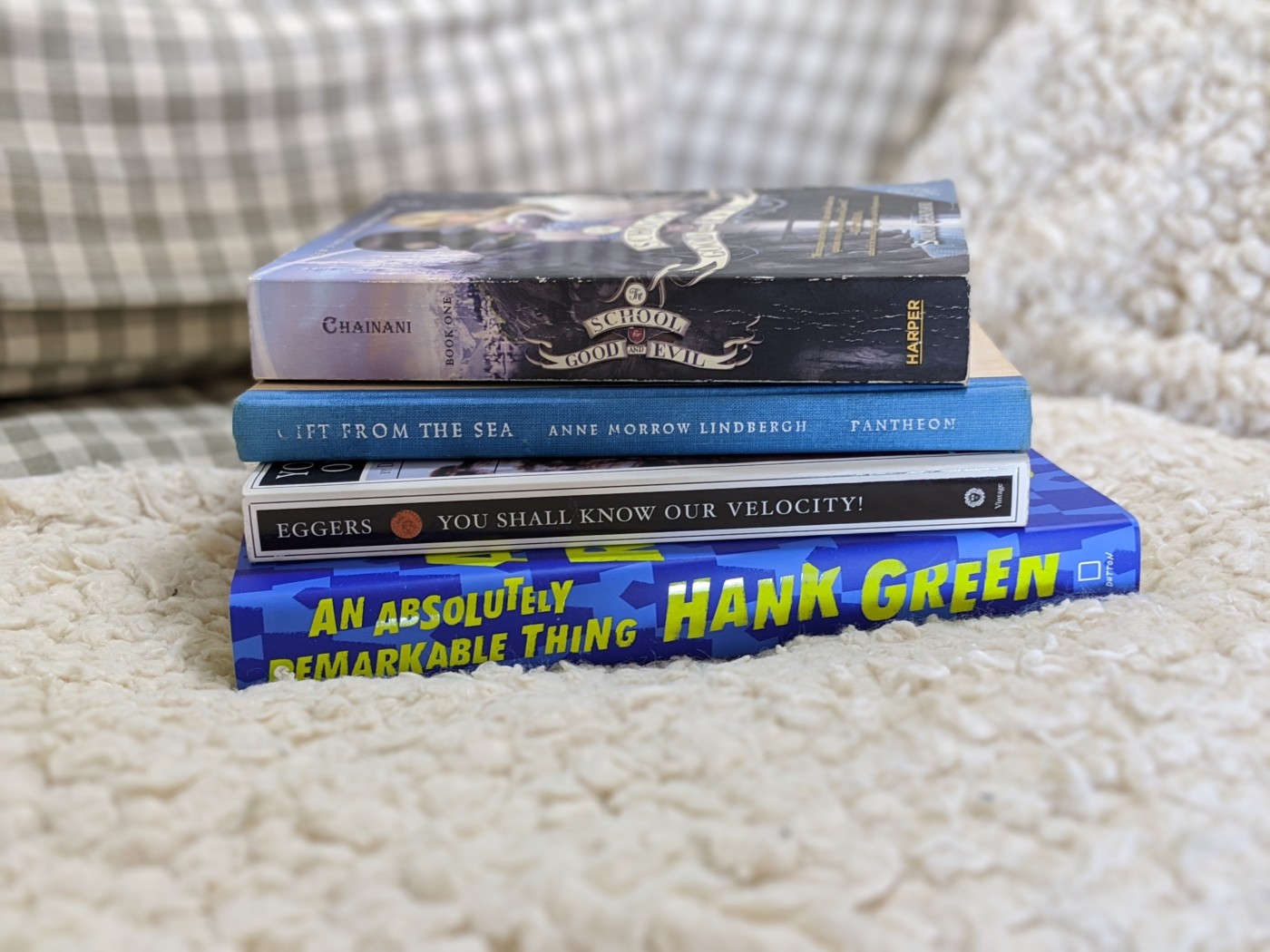 This is a great topic and one that we’ve both thought about over the years as we’ve continued to read a blend of contemporary fiction, children’s literature and more. There are plenty of books that we’ve discovered in the last few years that we wish we’d read as kids. While this list will continue to grow, here’s what we’ve got so far. Thanks to That Artsy Reader Girl for another great Top Ten Tuesday!

A Wizard of Earthsea by Ursula K. Le Guin
Somehow both classic and modern, this simple tale of a young wizard grappling with his past mistakes inverts fantasy tropes while casting the reader into a world of islands and mages. I’m sure 14-year-old me would have loved it.

The Shadow of the Wind by Carlos Ruis Zafon
I spent quite a bit of time in old bookstores filled with time-worn paperbacks and mysterious tomes. This story of schemes, cunning characters, and an ancient library would have appealed to my love of mysterious books.

An Absolutely Remarkable Thing by Hank Green
Though social media was in a different place when I was younger, I’m sure I would have enjoyed the alternate-reality-game structure of this bizarre, genre-bending novel.

Riyria Revelations by Michael J. Sullivan
After reading Wizard’s First Rule by Terry Goodkind in high school, I craved similar fantasy and struggled to find a series that held my attention. Sullivan’s fast pacing and wonderful characters would have been perfect for me, and Riyria has far less gore and lewdness.

You Shall Know Our Velocity by Dave Eggers
Plenty of my friends were reading Dave Eggers in high school, and I don’t know why I never jumped in. This ill-planned adventure would have been the perfect introduction to Eggers.

Inkheart by Cornelia Funke
I started reading this a few times when I was a kid but for some reason didn’t finish it until I was well into adulthood. The whole trilogy is beautifully written and a great adventure.

The School for Good and Evil by Soman Chainani
I’ve written about this series so many times so it probably comes as no surprise that I wish these books had been out when I was a kid.

Gift from the Sea by Anne Morrow Lindbergh
Such a wisely written book, and a favorite of my grandmother’s, I only picked this one up a few years ago after she had passed away. I wished I had picked it up sooner so I could have talked about it with her.

An Ember in Ashes by Sabba Tahir
This is such an empowering and action-packed series. Since I read it a few years ago, Tahir has since turned into one of my favorite authors in the YA genre.

Little Women by Louisa May Alcott
I have a few close family connections with this book so it doesn’t make any sense that it took me so long to read it. I wish I had read it as a kid and will be encouraging mine to do so!