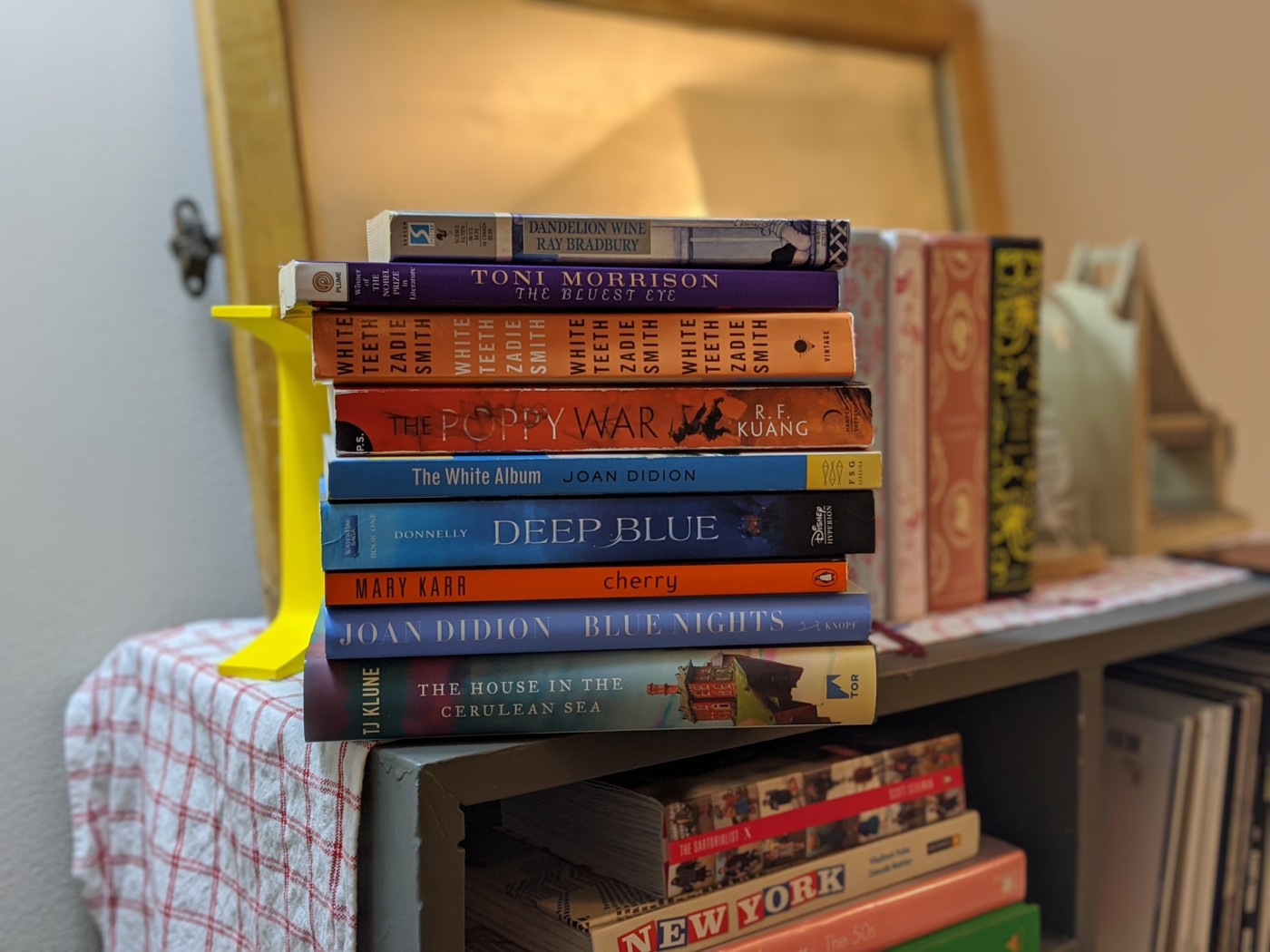 This feature had us rummaging through our bookshelves and racking our brains. Thanks to That Artsy Reader Girl for keeping the tradition going!

So maybe the cover isn’t referring to a color, but this is an outstanding fantasy book by recent Hugo-winner R. F. Kuang.

A wonderfully told family drama (one of the few I’ve enjoyed) with a great ending, and a great title drop.

The Bluest Eye by Toni Morrison

By no means an uplifting book, this is Morrison’s most famous work for a reason.

Few books capture the spirit of summer quite like this one.

The Color of Lightning by Paulette Jiles

This has been on my TBR shelf for far too long, and maybe it doesn’t have a color explicitly in the title, but I think it’s close enough.

The House in the Cerulean Sea by TJ Klune

This charming book was the first one that came to mind since I finished it relatively recently.

An old favorite that I enjoyed flipping through again after pulling it off the shelf.

Alright, I’m developing a pattern here. Let’s see if I can find some that aren’t a shade of blue.

The White Album  by Joan Didion

That’s better! Though even this one has a bit of blue on the cover. This is another favorite from Didion that I’d like to reread soon.

Cherry by Mary KarrI learned a few years ago that if Karr wrote something, I’m going to want to read it. While I still favor Lit, this one was a great read too. Plus, it adds a bit of color variety to this list!