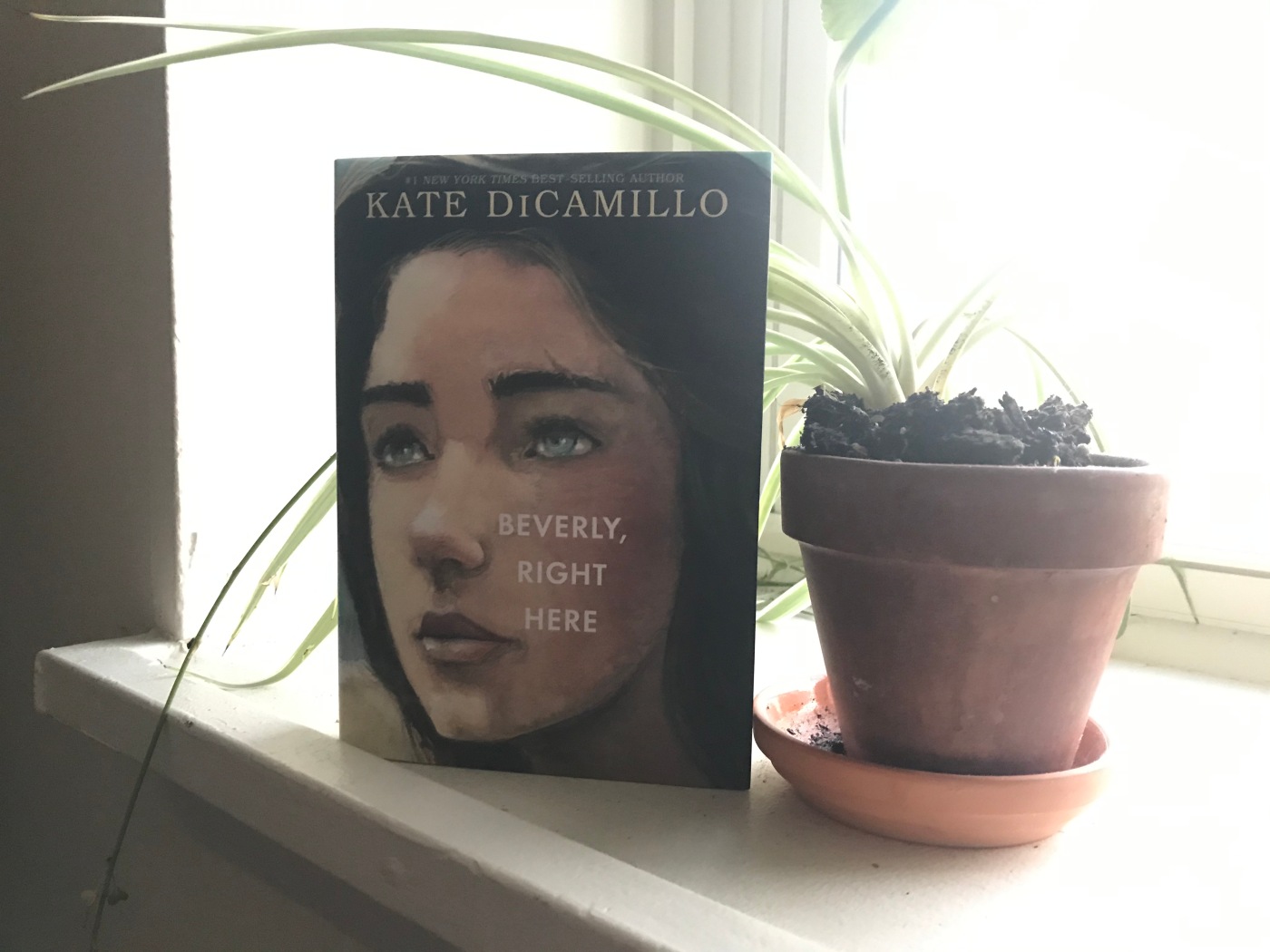 “She put her foot down on the gas. They went faster still.
This is what Beverly wanted — what she always wanted. To get away. To get away as fast as she could. To stay away,” – Kate DiCamillo

Beverly Tapinski can’t catch a break. After her dog, Buddy dies, she’s left without strong ties to her family and it seems like even her friends have left her (besides Raymie that is). She decides to run off to Lake Clara on her own to find a job and see what’s out there.

After finding a job busing tables Mr. C’s, a fish-fry joint, she also meets Iola, an eccentric elderly woman who takes her in. While working at Mr. C’s she gets to know Freddie, a young woman with big dreams of becoming famous, who encourages Beverly to have big dreams of her own. Then there’s Doris, a cook who knows her worth and tries to look after Beverly. Mr. Denby, a sad sort of man who misses his kids and wife, is the owner. He can’t seem to keep Beverly’s name straight and he often neglects his responsibilities, but at least he’s given Beverly a job.

Outside of work, Beverly drives Iola to the VFW for bingo night and to get groceries. Iola’s family starts to distrust her mental and physical faculties, as has Iola herself, thus Beverly (who is 14) drives them around town.

Rounding out the cast of characters is Elmer, a teenage boy who works at Zoom City. He’s book smart and has aspirations of his own, though they don’t involve becoming famous. Through a few initially awkward conversations, Beverly befriends him and he becomes her closest companion in Lake Clara.

Throughout the story, as Beverly attempts to create a life of her own, she has to deal with realities as harsh as the ones she left behind. She calls her mother, Rhonda, infrequently, and every call just draws attention to how little she seems to care about the well-being of her daughter. Beverly also has to deal with sexual harassment when an older customer pinches her butt.

When she asks Freddie about it, the waitresses only response is “That’s just Lou . . . If you don’t complain about him, he tips more.”

For those who have read the first two books in the Three Rancheros trilogy (Raymie Nightingale and Louisiana’s Way Home) Raymie does come back, though only very briefly.

In Beverly, Right Here we get a deep look into the life of one of the toughest girls in the trilogy. We get to see her open up and try to extend a hand to those around her, even when she feels like no one is lending one to her.

This last book feels more mature than the others, simply because the characters are older and are dealing with slightly more mature issues. Beverly’s toughness and her desire to create a life of her own that echoes one of her favorite sentences (“In a crooked little house by a crooked little sea.”) is nothing short of inspiring.