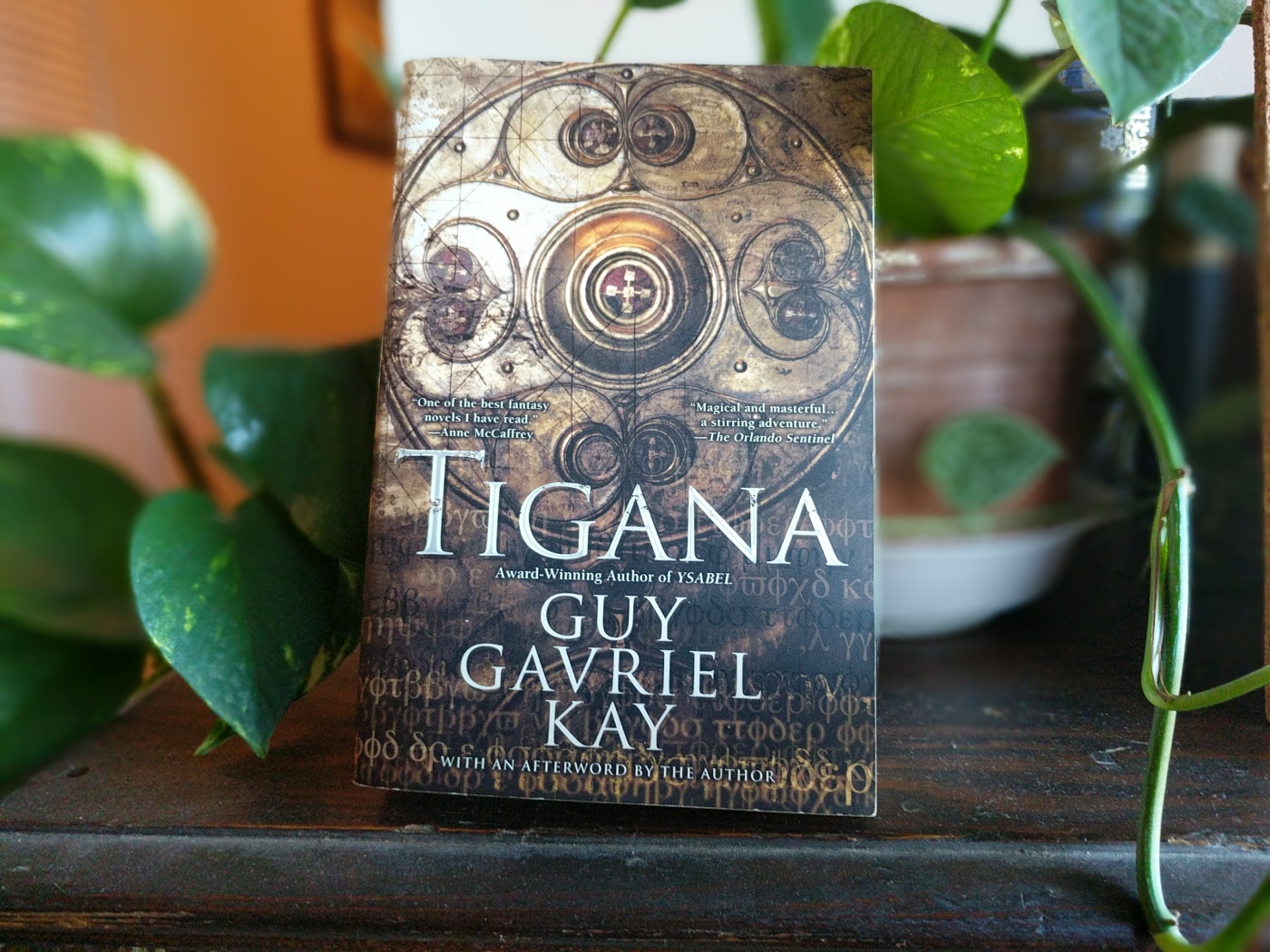 “There are no wrong turnings. Only paths we had not known we were meant to walk.” ~Guy Gavriel Kay, Tigana

Tigana by Guy Gavriel Kay
673 pages
Published by ROC, 1990
Genre: fantasy
Re-readability: The number of plot twists and character arcs make this a book worth revisiting
Rating: 4 out of 5 stars
Reviewed by Pete
Spoiler-free review

This is one of those legendary fantasy books that has been sitting on my shelf for far too long. I first learned of Guy Gavriel Kay through Brandon Sanderson, who claims Kay as his favorite author. Tigana sounded like a good starting point, so I found a copy and let it mature on my shelf for a few years.

It’s rare that I find myself disliking a book at the 2/3rds mark and change my mind by the end, but this strange book did just that.

On the peninsula known as “The Palm,” which strongly resembles Renaissance Italy, two warlords vie for control of its broken countries and cities. Most notable is the country of Lower Corte, once known as Tigana. Its name has been largely obliterated by the magic of one of the two warlords, Brandin.

A few citizens of Tigana seek to plant the seeds of the undoing for both of the wizards who have taken lives and destroyed cultures on the peninsula for decades. Many of these individuals have long, complex pasts and were alive when Tigana fell—others are the children of those who lost their homes to Brandin’s powerful spell.

What follows is a fairly dense story of political intrigue, scheming, and adventuring on the road toward a seemingly impossible goal.

I enjoyed Kay’s writing and his characters from the start. The cast is fairly large, and I would have definitely appreciated a dramatis personae, but I was able to keep up (barely).

I have no problem admitting that I am easily bored by long explanations of history and politics in novels. I would much rather learn about the world through its characters and their pasts—but that is not always how Kay presents the history of the Palm.

The middle of the book suffered from a strange abundance of random encounters. I understand that sometimes things simply happen to people for no reason, but I felt a bit lost—and I felt that the characters were lost as well—for the middle two hundred pages. I was also frustrated that we never got any explanation of how magic operates, which left me completely ignorant of the stakes and the costs of the impressive spells cast by the wizards in this world.

Despite these frustrations, the final 20% of the novel was tightly plotted and rich with gratifying payoff—as well as a few heartbreaking moments that were surprisingly intense. I didn’t think my mind would be changed when I was around page 500, but the satisfying ending of Tigana has made me into a Kay believer. Give it a shot, and try to stick with it—I promise the ending is worth the effort.