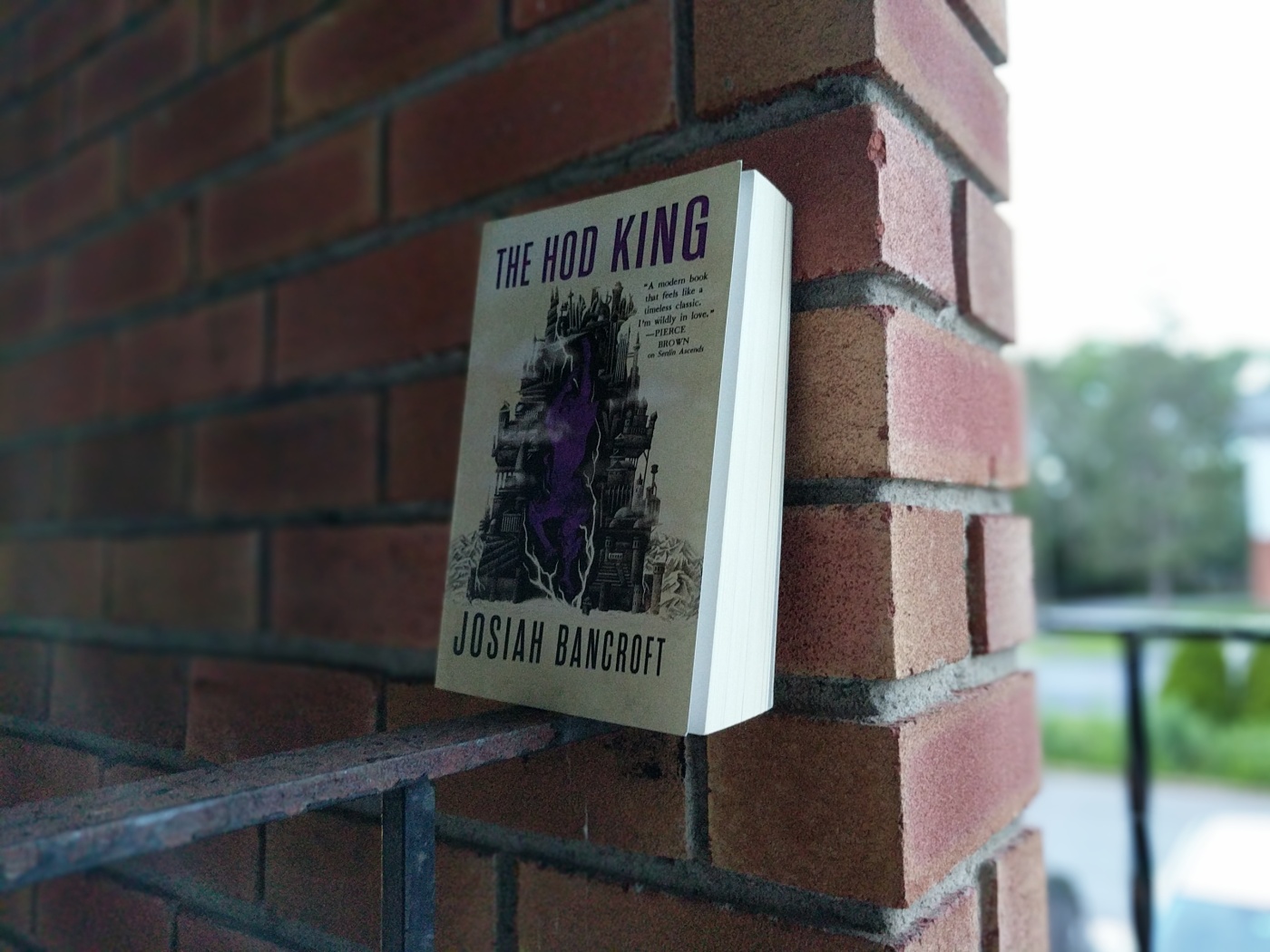 “The mob does two things well: nothing and revolution.” ~ Josiah Bancroft, The Hod King

The Hod King (Books of Babel #3) by Josiah Bancroft
567 pages
Published by Orbit, 2019
Genre: Fantasy
Re-readability: I will probably revisit this one, along with the rest of the series.
Rating: 4 out of 5 stars

The third book in Josiah Bancroft’s Books of Babel series is the strongest entry yet, following Senlin, Edith, Voleta, and Iren on their separate adventures in the Tower of Babel.

If you aren’t familiar with the series, you’ll need a brief introduction. In this secondary world that bears some resemblance to Earth, a massive tower stands in the desert. No one knows who built it, when it was constructed, or how old it is. It is separated into massive levels known as “rindgoms,” each of which has their own culture, laws, and customs.

The first book opens with the newlywed Thomas Senlin becoming separated from his wife, Marya. When two people become separated in the tower, their chances of ever running into each other again are slim.

Now long into his quest, Senlin is closer than ever as he travels to the ringdom of Pelphia, where Marya has remarried a powerful duke. His mission is technically to investigate the new arena and its purpose, but needless to say, he gets sidetracked.

Meanwhile, Voleta makes her entrance into the high society of Pelphia with Iren at her side. And Edith, now captain of the State of the Art, learns a few of the Sphinx’s secrets before leading the mission to Pelphia.

While these stories are concurrent, they are told one after the other. The book opens with Senlin’s excursions in Pelphia, which takes up about the first third. Then it jumps to Iren and Voleta’s story, followed by Edith’s. The result is an unusually structured narrative that keeps resetting to an earlier point in time. While I would have preferred a more traditional structure—which honestly could be achieved by rearranging the chapters—I still loved this book and how varied its characters are becoming.

At this point in the series, there are four protagonists. Senlin’s quest has become far bigger than himself, and I am just as invested in the other characters.

While the pacing of this book is unusual, it has some moments of amazing payoff. It almost makes me wish the whole series had been contained in one 900-page volume rather than four books. Nonetheless, this was my favorite entry yet, and I cannot wait for the conclusion next year.