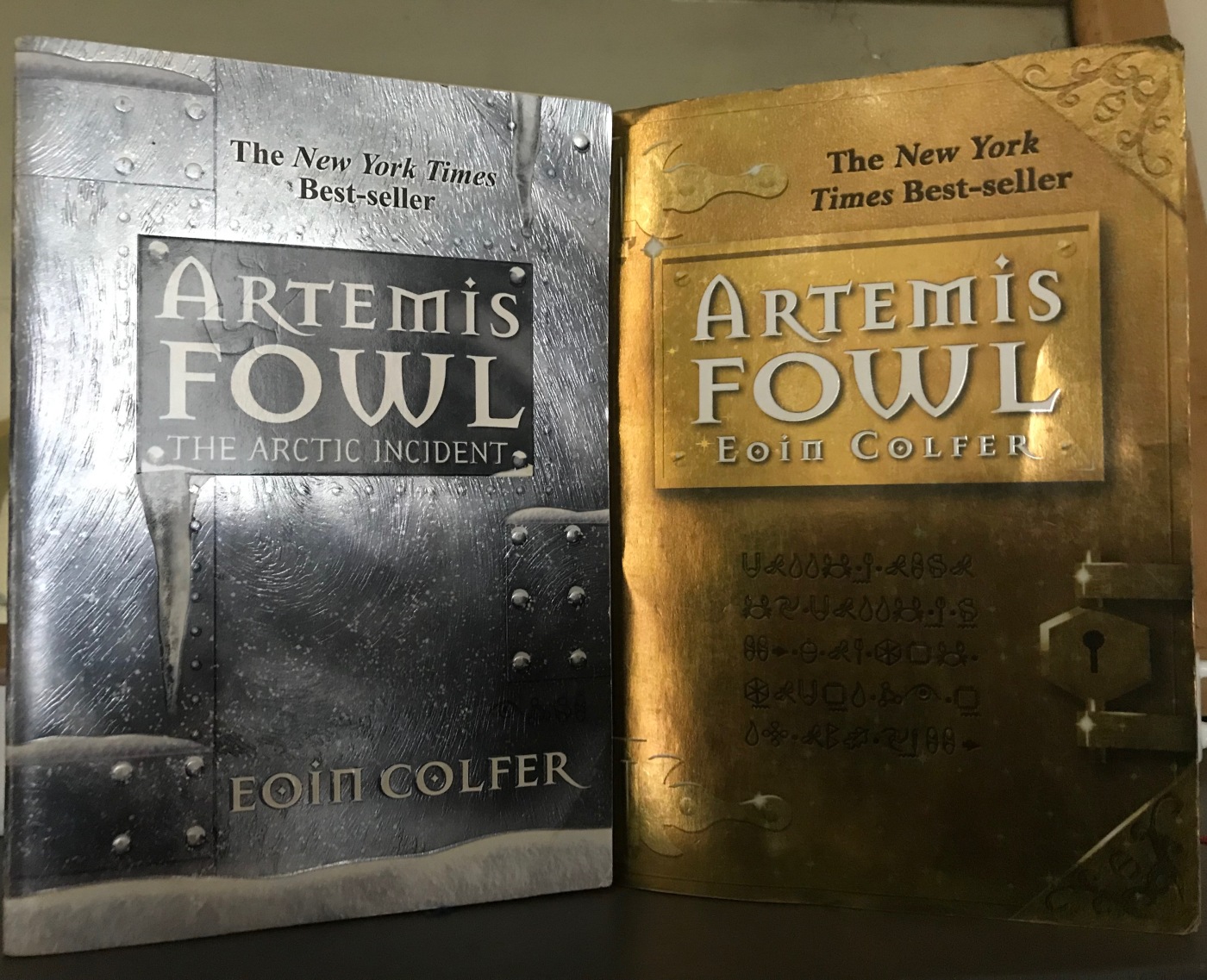 “I’m right there with you, darlin’. Unless you step on a landmine, in which case I’m way back in the Operations Room.”  – Eoin Colfer

Artemis Fowl and Artemis Fowl: The Arctic Incident by Eoin Colfer
280 pages and 277 pages
Genre: Children’s literature, fantasy, action
Published by Miramax Books/Hyperion Paperbacks for Children
Rating: 5 out of 5 for both
Reviewed by Indiana

In light of the upcoming Artemis Fowl movie, I wanted to revisit the series that I lapped up when I was a kid. The humor, drama, characters and action have all stood the test of time.

Artemis Fowl is a 12-year-old genius who comes from a wealthy-and criminal- family. He grew up with a bodyguard, who is the closest thing he has to a friend. When we first meet him, Artemis is looking for his father, who everyone believes died in a plane crash over the tundras of Russia.

His mother had a breakdown when his father’s plane crashed and only recognizes her son in short blips. It’s obviously sad, but Artemis insists that it makes it easier to do what he has to do: find his father and keep Fowl Manor from going broke.

In a scheme to keep the Fowls in their millionaire tax bracket, Artemis kidnaps a fairy named Captain Holly Short of the LEPrecon Unit. She’s the only female in the unit and has a knack for getting into trouble by not obeying mission orders, specifically those given to her by Commander Root. Artemis wants gold and knows that fairies have a ton of it, not that they’re willing to share.

Through an action packed series of scenes, involving not only fairies but a centaur, a dwarf and a few other creatures, Artemis gets a bit more than he bargained for.

The Arctic Incident continues on this trajectory, opening with a scene of Artemis unwillingly visiting a school psychologist. Since Artemis read all the psychology books he could get his hands on years ago, he knows all the right things to say to be diagnosed in a certain way. But the psychologist sees right through him and finally asks Artemis if he’ll follow in the criminal footsteps of his father, the only person Artemis seems to respect. Artemis denies that his father is a criminal, but renews his vows to find him.

Thus, when he gets word from the Russian mafia that they’ve found his father, Artemis embarks on another adventure, roping the fairies into it yet again.

I looked forward to reading these books so much as a kid and I’m glad that they’re finally getting their Hollywood moment, nearly 20 years after the first one was published.