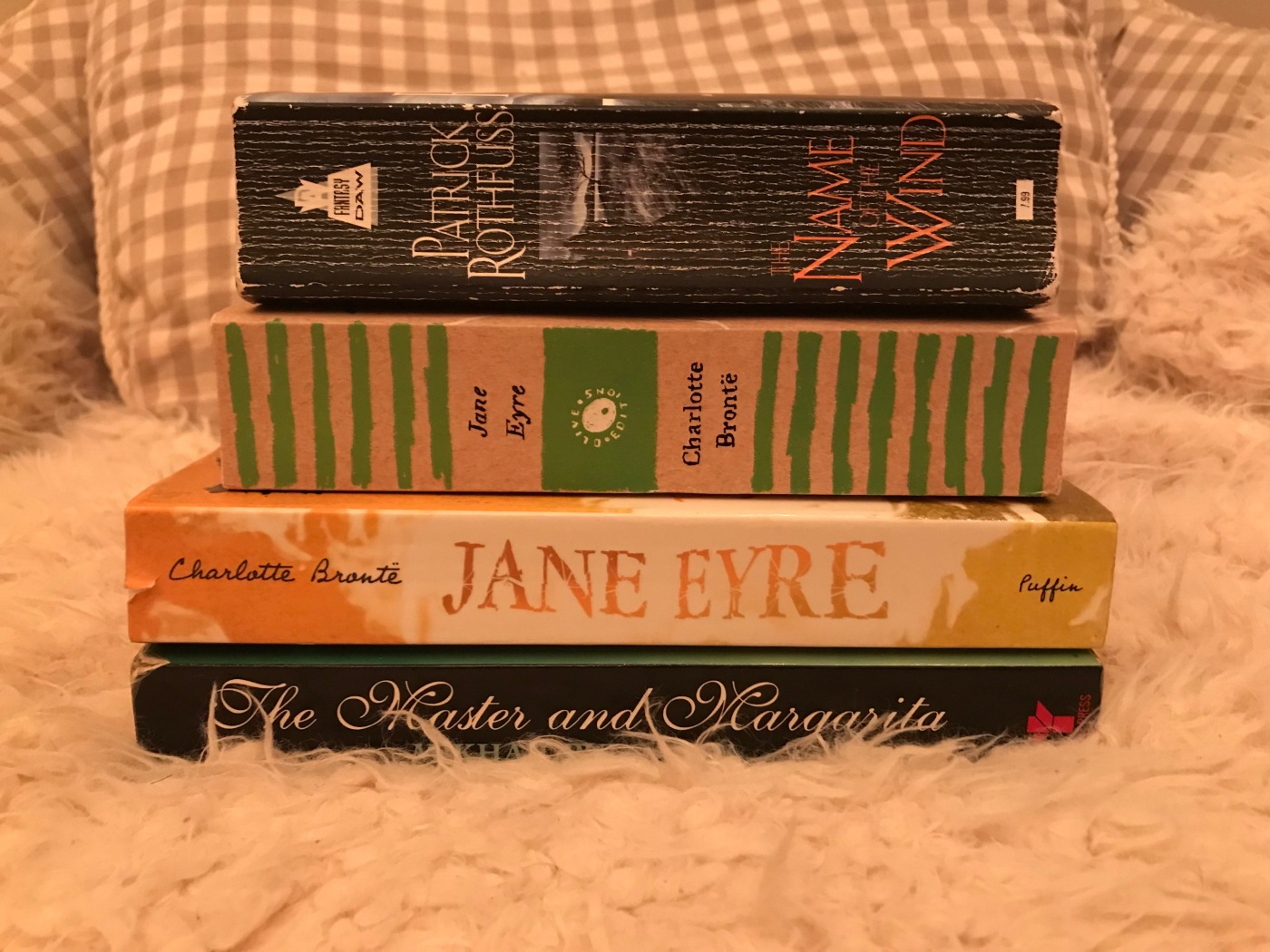 This week’s topic is Outrageous/Crazy/Uncharacteristic Things I’ve Done for the Love of Books. We have both been a bit extreme in our reading habits, so this was a fun one. Thanks to That Artsy Reader Girl for another great Top Ten Tuesday!

Planned entire vacations around bookstores. It’s one of the first things I do when looking into where to go on vacation. If it’s got at least three bookstores then I consider it.

Missed countless hours of sleep.  I don’t really want to calculate how many hours of sleep I’ve missed because I couldn’t put a book down. But I guarantee it’s a lot.

Gotten a book from the library and later bought it because it was so good.

Sometimes, if I’m not sure I’m going to like a book. I’ll get it from the library first. There have been several occasions where I’ve checked the book out of the library, read it and loved it so much I bought a copy for my own library.

Always have at least one (but probably two) books with me. At all times. I buy my purses with the stipulation that they have to be fashionable and they have to fit at least one book. Luckily, there are some pretty small books out there.

Collected many copies of a book.  I do this with classics like Jane Eyre because I can’t help it apparently.

Read a book in a thunderstorm. It was the ending of Words of Radiance by Brandon Sanderson. If you’ve read that one, then you know just how sensorial of a reading experience that was.

Purchased an entire series in softcover and hardcover. This has happened countless times. From the top of my head, I’ve done it with The Sword of Truth series by Terry Goodkind, The Stormlight Archive by Brandon Sanderson, and Harry Potter by J. K. Rowling.

Waited until after an author event to get a book signed. No it wasn’t a signing… but I had to get my well-read copy of The Name of the Wind signed by Patrick Rothfuss.

Took extensive notes on character names. I love a book with a huge cast of characters, but sometimes this requires a notebook. I did this with Stieg Larsson’s Millennium trilogy and The Master and Margarita by Mikhail Bulgakov.

Filled an author’s works with sticky notes. I’m in the middle of doing serious homework on Brandon Sanderson’s Cosmere books. Many of his series are connected, so I take note whenever I notice a thematic tie or a crossover from one series to the next. It’s a ton of fun.

One thought on “Top Ten Tuesday: Outrageous/Crazy/Uncharacteristic Things I’ve Done for the Love of Books”

Finished this gem of a book yesterday. It’s a lovely story meant to be savored and sipped slowly.
We finally made a book nook! We got the idea to make one as a winter project last year during the pandemic but didn’t pull it off until we both caught a bit of a break this holiday season.
A look at our November TBR! We still have some spooky reads left over from October but we’re also mixing some cozier stories in, along with some we’ve been meaning to read for a long while.
It’s been a minute! Our September (and the start of our October) was pretty hectic but we’re finally getting back to reading. Here’s what we’re hoping to read this spooky season 🎃
Happy pub day to these two beauties! Already read a good bit of Rooney’s latest and am loving it. The Hawthorne Legacy is up next.
“I was was ten years old the first time I realized I was strange.” - Krystal Sutherland
Heading into August we’re reading a good mix of fiction, fantasy, and nonfiction.
“The briefest and slipperiest of the seasons, the one that won't be held to account - because summer won't be held at all, except in bits, fragments, moments, flashes of memory of so-called or imagined perfect summers, summers that never existed." ~ Ali Smith