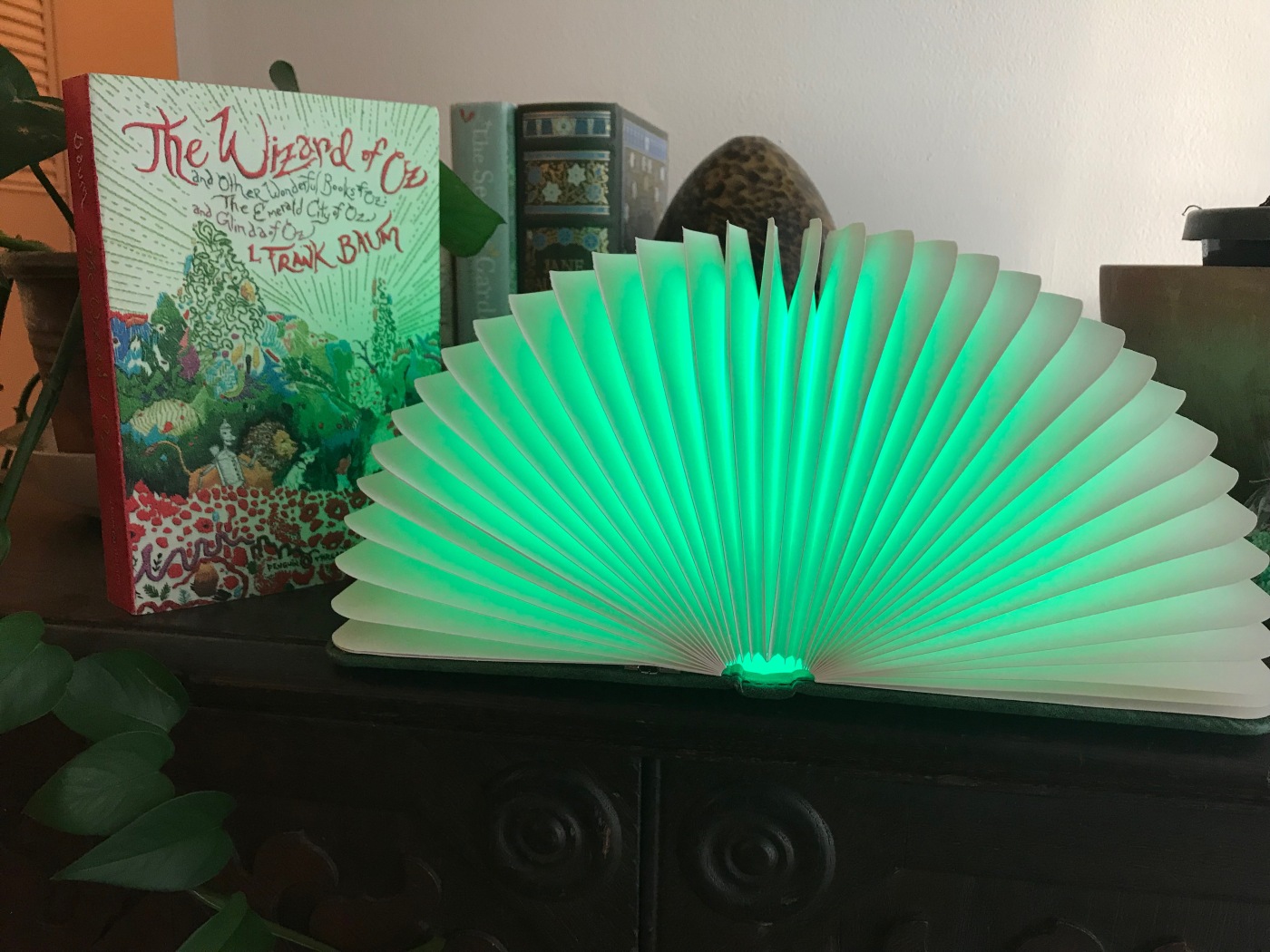 “You have plenty of courage, I am sure,” answered Oz. “All you need is confidence in yourself. There is no living thing that is not afraid when it faces danger. The true courage is in facing danger when you are afraid, and that kind of courage you have in plenty.” – L. Frank Baum

The Wizard of Oz by L. Frank Baum (originally published as The Wonderful Wizard of Oz)
105 pages
Genre: Fantasy, children’s fantasy
Published by George M. Hill, 1900
Rating: 5 out of 5 stars
Re-readability: I think I’ll come back to this one later in life.
Reviewed by Indiana

There are some books that follow you. At least, that’s what seems to happen to me. Some novel catches my eye and then it keeps turning up until I finally read it.

I guess you could say this one has been following me since the day I was born. I share the same hometown as the author and yes, the streets are really yellow brick and there’s a mass gathering of all things Oz every year called Oz-stravaganza. There’s also a museum and a casino that are Oz themed (there used to be an ice cream shop too but I think that’s gone now).

So it seems odd that I haven’t read this book until now. But it was screaming at me to read it; in every show I watched, there was some out-of-place reference to it, in many of the books I read in the last month or so there was a weird reference to it, and for Christmas I got a book light that was disguised as a Wizard of Oz book.

Thus, I finally decided to snag it and read it.

I’m quite glad I did too. Baum was a charming writer and wasn’t afraid of making his scenes too dark—on the contrary some surprised me with how gory they were. There’s one about an enchanted axe that hacks its owner to pieces, there’s another about a wildcat’s head being chopped clean off its body, etc.

For those who have somehow avoided watching the movie or reading the book, it follows a girl named Dorothy and her dog Toto who are swept up by a cyclone from their grey-hued home in Kansas to another world. While they’re trying to get back home, they make a few friends—a lion, who wants courage, a tinman, who wants a heart, and a scarecrow, who wants a brain—and more than a few enemies.

I loved just how many times the scarecrow would come up with a clever idea and how many times the lion bravely defended his friends, etc. Baum was continually pointing out the differences between what the cast of characters said and what they did; especially with the great Oz himself.

I can see why so many children were enchanted with the land of Oz and why they wanted to return to it. That being said, I’m planning to go on to read The Emerald City of Oz in the next few months.