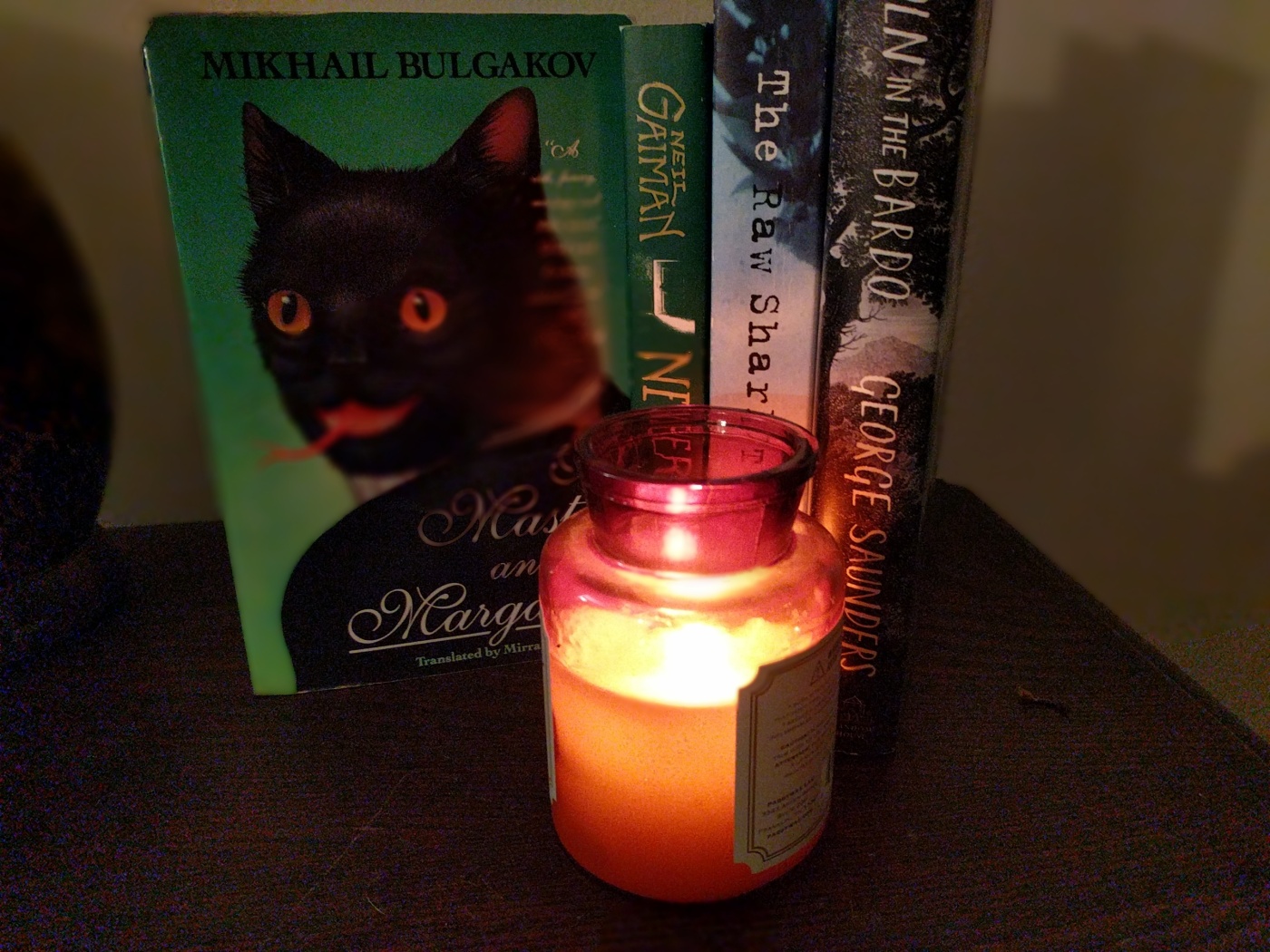 Neither of us are big on horror, but we have read some unexpectedly creepy books! Another great Top Ten Tuesday from That Artsy Reader Girl.

The Master and Margarita by Mikhail Bulgakov

Filled with devils and bizarre feats of magical realism, this is one of the scariest books I’ve ever read, even though it’s filled with mostly impossible events.

For a lighter spooky story of three endearing witches and some sad ghosts, Wyrd Sisters is a fun read.

The sinister can be found throughout this American journey filled with brushes with gods of all sorts.

Lincoln in the Bardo by George Saunders

I can guarantee you’ve never read a story quite like this one. This piece of “historical fiction” follows Abraham Lincoln coping with the loss of his son while in purgatory. It’s completely bizarre and always entertaining.

This lighthearted story of an ambitious chef trying to open a new restaurant turns seriously spooky when she abuses her newfound ability to reverse time.

Okay, I know I’ve picked this book for several Top Ten Tuesdays this year. However, I think this one fits what we’re talking about with this list, especially the scenes where Jane is convinced there’s a ghost or spirit in the attic and its really a “mad” woman.

There’s a physical monster, cancer, and a young boy who is defenseless against the world. It’s scary both physically and psychologically.

This book surprised me with how dark it was; between Richard becoming invisible within his own life above the Below and terrifying creatures like Mssrs Croup and Vandemar, there’s plenty to chill the bones.

We Have Always Lived in the Castle by Shirley Jackson

I swear I had goosebumps the entire time I was reading this one. Told from the perspective of Merricat, an 18-year-old girl, the story is about the three surviving members of a family whom were mostly killed by poisoning. The surviving family members are isolated from the town and the rest of the world; an island of erriness. It’s the story of the killer and of the survivors.

Eric, the protagonist, wakes up with no idea who he is. He’s trying to put his life together when his living room floor disappears and he finds himself swimming with sharks, literally. Part mystery, part thriller, part everything else, this novel definitely kept me up until the wee hours of the morning.