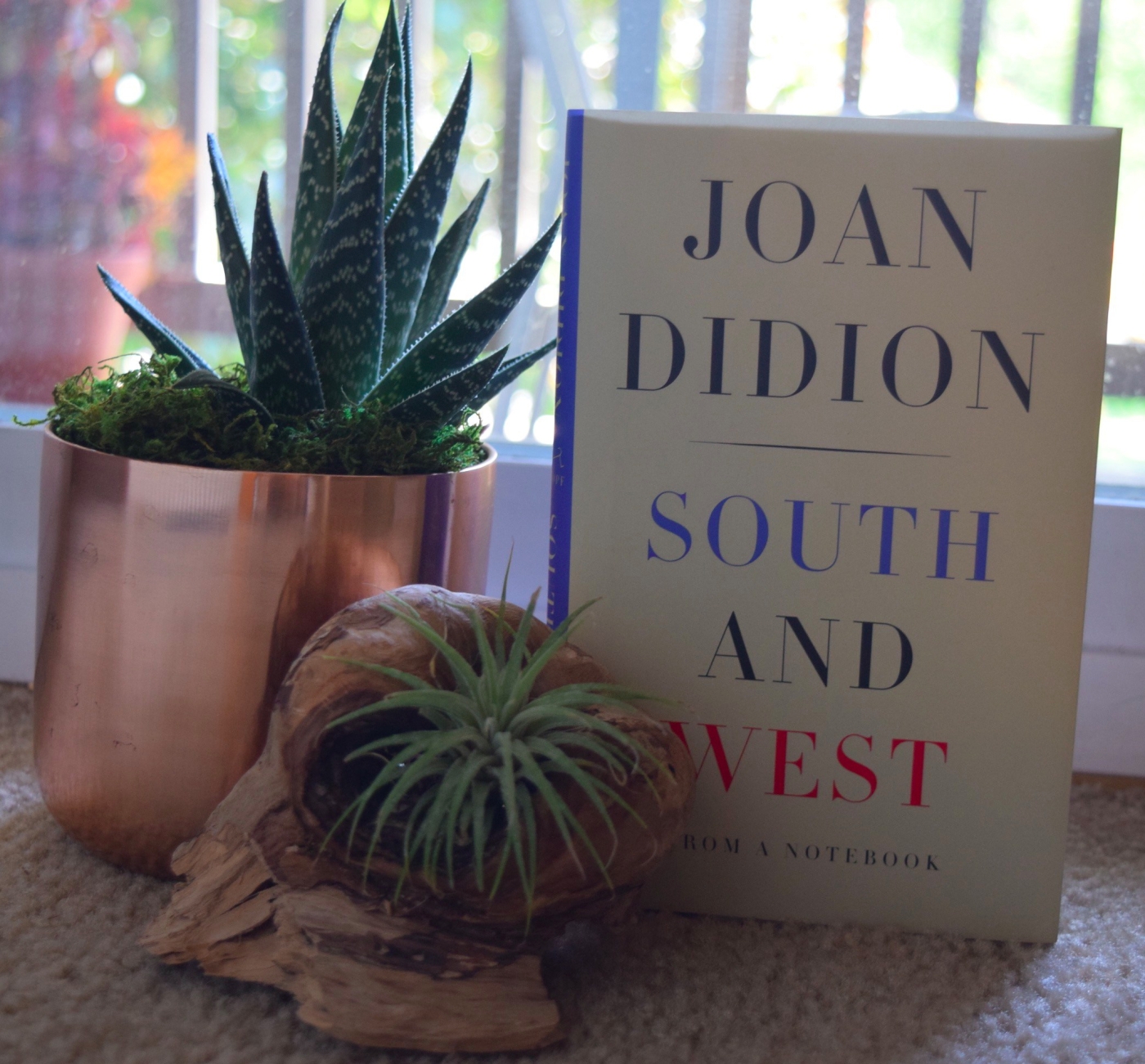 South and West by Joan Didion

Re-readability: I flagged so many passages going through the book the first time, I might as well read the entire thing again.

Although you can thumb through this book in just a few hours, it’s worth taking it slow. South and West is a collection of notes that Joan Didion was trying to turn into a cohesive piece in 1970. The majority of the collection is full of snapshots from a spontaneous journey Didion took with her husband, John Gregory Dunne, through Mississippi, Louisiana, and Alabama. In the last section, Didion fleshes out memories and thoughts on her home state, California, while she’s supposedly on assignment to cover the Patty Hearst trial for Rolling Stone.

She doesn’t end up turning anything into Rolling Stone about the trial. Nor does she send her editor a book about the South.

Instead, she interviews people from far and wide: gas station attendants, lieutenant governors, broadcasters, mothers, and socialites. Their quotes, along with Didion’s insightful descriptions, offer a perspective on two parts of the country that have always felt “other.”

“It occurred to me almost constantly in the South that had I lived there I would have been and eccentric and full of anger, and I wondered what form the anger would have taken. Would I have taken up causes, or would I have simply knifed somebody?” Didion writes during her trip through the South.

As Didion wades through the heat and humidity of the South, you start to feel like you’re wading with her, like all the characters are sort of swimming along next to you. Didion also makes note of a few distinctions between the South and the North that I’d never even considered.

For instance, in the South, nature isn’t exactly welcoming. It usually means destruction in one form or anything: bugs, hurricanes, etc. But in the North, everyone brags about the beauty of the outdoors and how we all love to be outside.

In the South, the only places that really matter are in the South. Northerners are the opposite. Almost everyone likes to travel and takes pride in going to distant places. But Didion didn’t find that same sense of curiosity in the South.

Didion, as per usual, blew me away with this collection.

The fact that even she couldn’t fit it into a cohesive piece makes me question how cohesive the country really is. It seems like every month, we have more protests and more rioting than we’ve had in years. Even though Didion wrote these notes in the 70s, some of her descriptions ring true today and are replayed on the news on a daily basis.

Yet, the notes aren’t despairing. Nor are they claiming that it’s completely wrong for the South or the West to have their own distinct consciousness’. They offer food for thought that I’ll be chewing on for a long time to come.