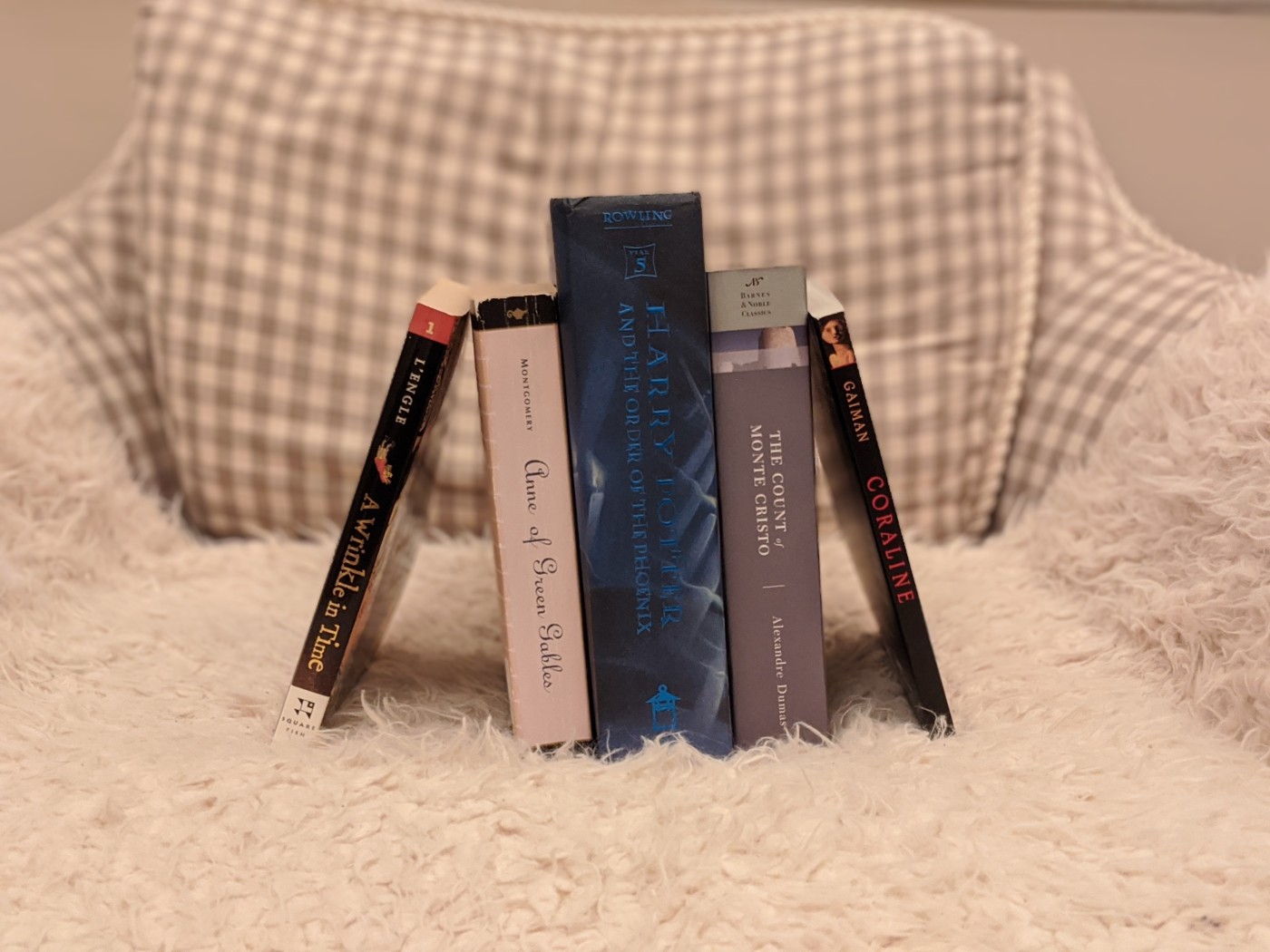 This one was a fun topic to ruminate on. It brought back some fond memories along with a few (minor) regrets. Thanks to That Artsy Reader Girl for another great Top Ten Tuesday pick!

I’ll never entirely understand why I stopped after The Goblet of Fire—it had something to do with everybody else getting into the series. I managed to get past that and reread the whole series in college, but I missed out on a cultural touchstone as it was happening.

A Wizard of Earthsea by Ursula K. Le Guin

I fell out of reading for a spell in middle school, and it wasn’t until I discovered modern fantasy that I was hooked again. I think this would have been the perfect book to start my imagination back up again.

The Count of Monte Cristo by Alexandre Dumas

Anything by John Green

The Catcher and the Rye was one of my favorite books in high school—and I feel like I would have connected with Green’s books similarly.

I feel like I put this one on almost every Top Ten Tuesday list, but it always seems to work. This would have been a great pick for middle-school Pete.

I started this one when I was a kid and somehow didn’t finish it until last year. Since then I’ve read the entire series.

A Wrinkle in Time quintet by Madeleine L’Engle

I read the first but none of the others in the series. Such a waste.

Little Women by Louisa May Alcott

My family watched the movie when I was a child, but I didn’t read the book until last year, when I also watched the Greta Gerwig adaptation. Spoiler alert: It’s fantastic.

The cover always freaked me out when I was a child so I didn’t pick it up until I was older.

Anne of Green Gables by Lucy Maud Montgomery For some reason I remember reading Emily of New Moon but not this beloved children’s classic.

Finally got my hands on a copy of this one! I really enjoyed Jenny Lee’s Anna K, which I read shortly after the pandemic started. It was the perfect escape from everything going on at the time and I have a feeling this sequel will do the trick too.
Top Ten Tuesday: Books with Nature on the Cover.
I was a bit conflicted about this one.
“My mother always cautioned me against dwelling on the past and the future. What happened will never unhappen, she liked to say; what is to happen will happen—better you focus on what’s happening in front of you,” - Imbolo Mbue
Here’s a look at our May tbr!
Finally digging into this one!
Happy Independent Bookstore Day! We headed up to Lake George to check out this cozy new shop. Great selection with seating outside so people could sit and read (complete with a fire pit for colder days).
“You’re here, supposedly, in a new land full of opportunity, but somehow have gotten trapped in a pretend version of the old country.”