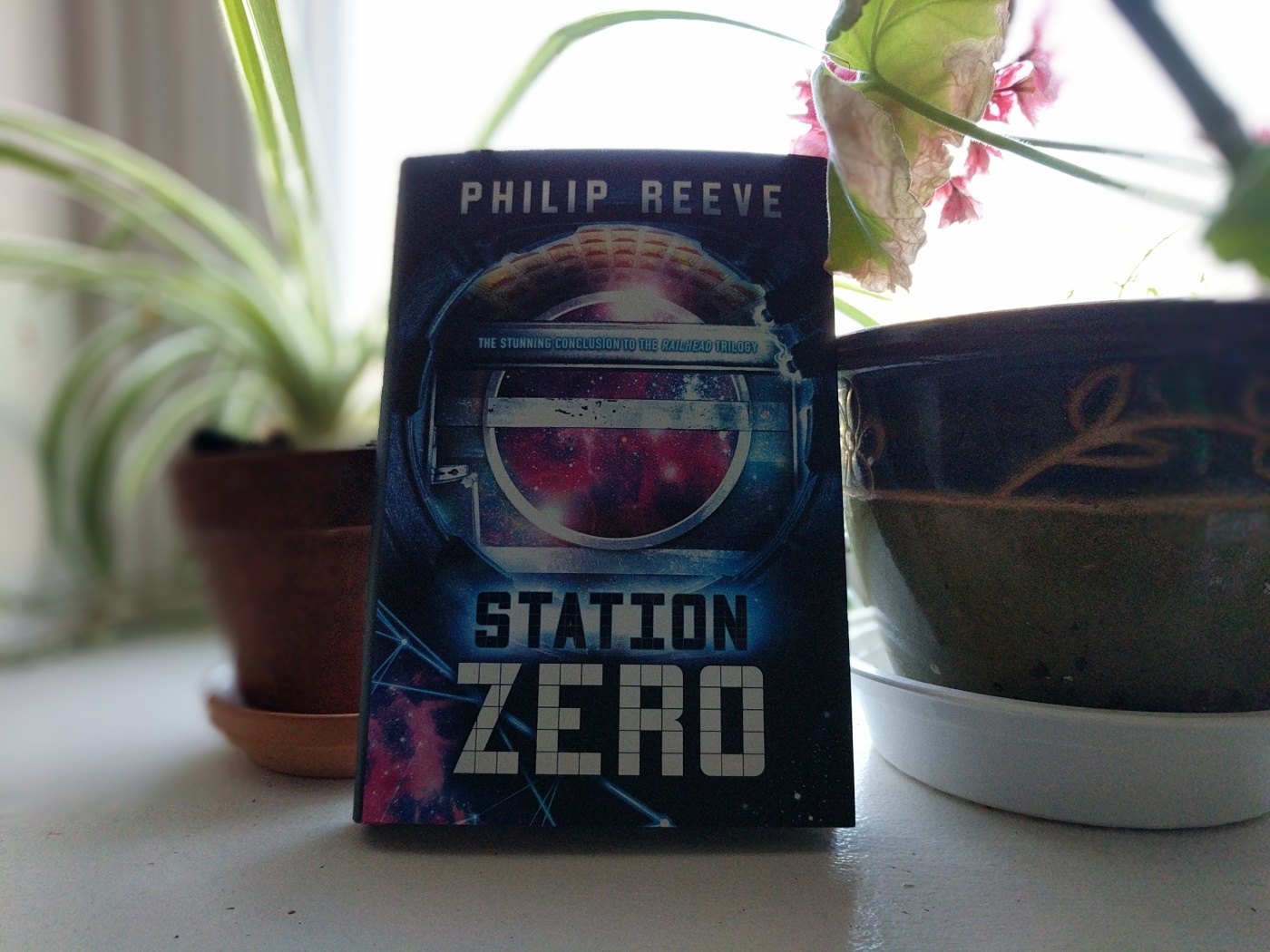 “Seventy-five million miles away, an actual, honest-to-goodness spaceship was streaking toward the gas giant Vapna. It had pointy parts at the front end and a bank of glowing exhaust cones at the back, and in between it was covered in random fins and turrets and hatches and hundreds of little lighted windows.” ~ Philip Reeve, Station Zero

Philip Reeve has perfected the sequel. He has said in interviews that he is not a plotter. There is no master outline for his series. This is always a hard thing to imagine when reading his books.

The second book in the series, Black Light Express, very well could have been the end of the series. But Reeve wasn’t done with his characters, and with good reason.

Zen Starling is separated from the Motorik girl he loves, Nova, who is in an unknown part of the galaxy. When he receives what he believes is a message from her, he sets off on one last adventure.

Empress Threnody Noon is coming to terms with the realization that her powerful position makes her little more than a figurehead controlled by her influential relatives. The Prell empire is more powerful than ever and moving to strike—and Threnody sees this as an opportunity to assert herself as the leader of the most powerful empire in the galaxy.

What follows is a nonstop ride of sentient trains confronting AI gods, mysterious codes and hidden worlds, and three young people trying to understand their place in a dangerous and rapidly changing universe.
The Railhead trilogy is a ton of fun in an unusual sci-fi setting that stands out with its dynamic and convincing characters. I would say Station Zero is the strongest of the three, but there really are no slow points throughout all three books.

One thought on “Review: Station Zero”

I was a bit conflicted about this one.
“My mother always cautioned me against dwelling on the past and the future. What happened will never unhappen, she liked to say; what is to happen will happen—better you focus on what’s happening in front of you,” - Imbolo Mbue
Here’s a look at our May tbr!
Finally digging into this one!
Happy Independent Bookstore Day! We headed up to Lake George to check out this cozy new shop. Great selection with seating outside so people could sit and read (complete with a fire pit for colder days).
“You’re here, supposedly, in a new land full of opportunity, but somehow have gotten trapped in a pretend version of the old country.”
This unconventional sci-fi love story was just what we needed this winter.
We’ve got some ambitious tbr lists lined up for March. Once again we’re focused more on fantasy, which just feels like the perfect genre to read right now.