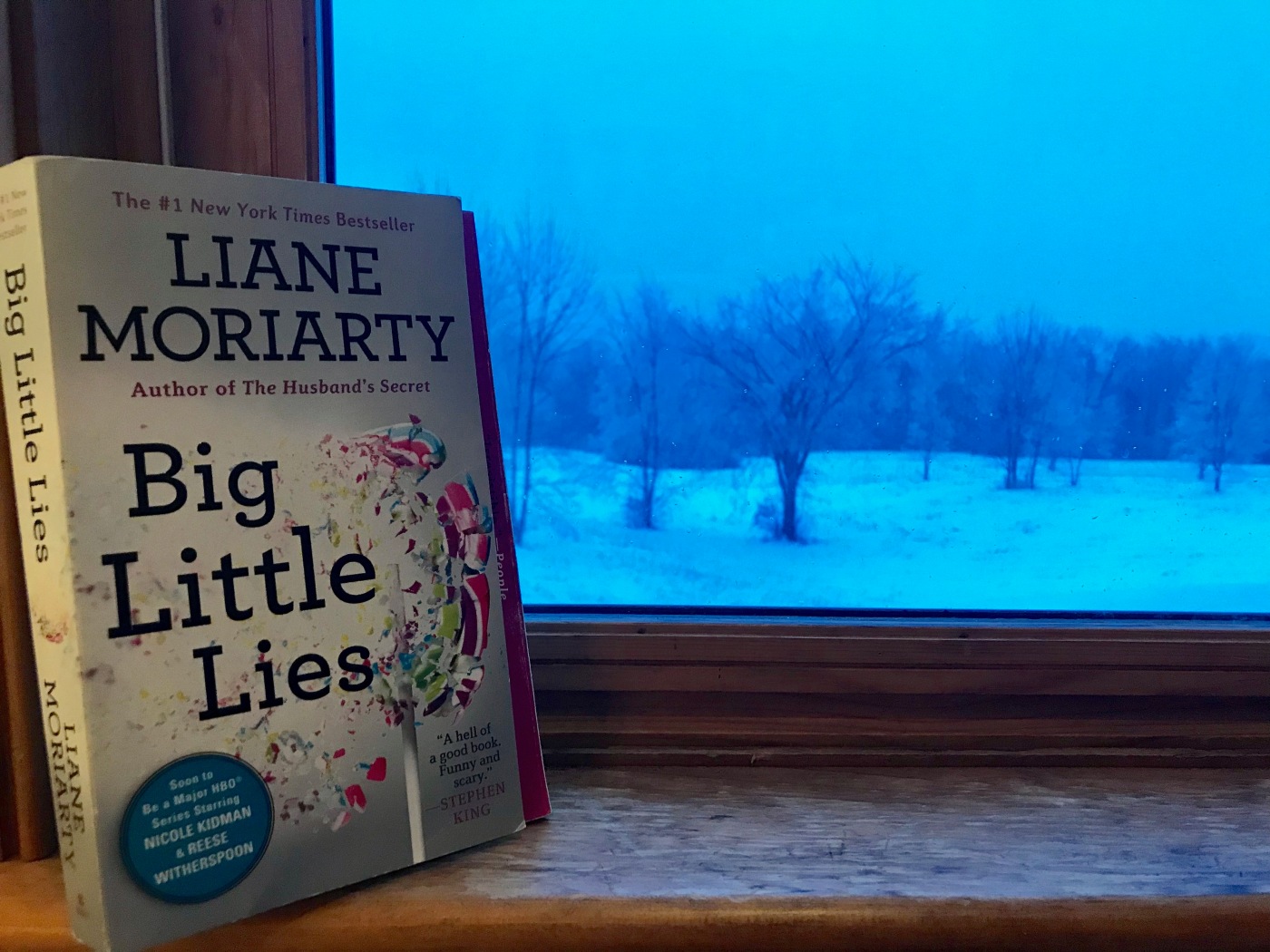 Big Little Lies by Liane Moriarty
486 pages
Published by Berkley Books, 2014
Genre: Fiction, Mystery
Rating: 5 out of 5 stars
Re-readability: I’m not sure I would go back to this one, but I’m planning on reading some of the author’s other books.

This is perhaps the most surprising book I’ve ever read. Not because I wasn’t expecting the mystery, but because every chapter soared past my expectations.

Honestly, I judged this book by its cover. And I shouldn’t have.

Moriarty has such an uncanny ability to perfectly portray a diverse array of characters, but especially compelling middle-aged women.

For those who haven’t read it, Big Little Lies is about a group of families brought together by a preschool, but we find out really early on that there’s some sort of tragedy that occurred at the school. The beginning and end of most chapters include excerpts from parents talking to local detectives, which adds to the drama of the book.

Madeline, one of the first characters introduced, is “glittery.” She’s beautiful, fiery, and genuine in just about everything. She quickly takes a liking to Jane, a young mom at the school, who doesn’t seem quite right. Madeline is also close with Celeste, a beautiful mother of twin boys, whose life seems perfect.

It’s hard to pack everything that happens in a short synopsis; Moriarty isn’t afraid to add in a subplot or two. But it all comes together in the end in a way that is satisfying both in its drama and in its resolution.

One thing Moriarty did really well was highlight the varying degrees and stages of domestic/sexual abuse. Without spoiling anything, I will say that one character is abused by her picture perfect husband. She can’t seem to convince herself that it’s not her fault too though; she often says “well, I hit him back before” in order to justify his actions. Another character reveals that she’s been verbally/sexually abused in a horrifying way and Moriarty highlights how difficult it can be for some victims to recover from experiences like that.

So, it may sound (and look) like just an ordinary beach-read or mystery, but Big Little Lies is anything but that. It’s a compelling work that portrays female characters of various ages and classes in a realistic and beautifully complex way.

Happy pub day to these two beauties! Already read a good bit of Rooney’s latest and am loving it. The Hawthorne Legacy is up next.
“I was was ten years old the first time I realized I was strange.” - Krystal Sutherland
Heading into August we’re reading a good mix of fiction, fantasy, and nonfiction.
“The briefest and slipperiest of the seasons, the one that won't be held to account - because summer won't be held at all, except in bits, fragments, moments, flashes of memory of so-called or imagined perfect summers, summers that never existed." ~ Ali Smith
It’s been a minute. Or 20.
Finally got my hands on a copy of this one! I really enjoyed Jenny Lee’s Anna K, which I read shortly after the pandemic started. It was the perfect escape from everything going on at the time and I have a feeling this sequel will do the trick too.
Top Ten Tuesday: Books with Nature on the Cover.
I was a bit conflicted about this one.